For those who, like me, find the most captivating and intriguing era of Ufology to have been that of the 1950s to the 1960s, there's good news. In fact, very good news. Some time ago, Andy Colvin (the author of The Mothman's Photographer series of books, as well as The Mothman Shrieks and The Mothman Speaks) established New Saucerian Books. It's a company dedicated to bringing old - and sometimes hard to find - books to a new audience.

And, right now, there is a significant number of new releases from NSB that will appeal to devotees of all things Fortean, ufological and cryptozoological. Where shall I start? Well, how about with the Men in Black? The very first book on this particularly weird and menacing topic was Gray Barker's They Knew Too Much About Flying Saucers (first published in 1956).

Depending on the edition and condition, the book exchanges for prices that are not always cheap. Fortunately, Andy has made this atmospheric title available at a far more reasonable price (which you can find right here). It's a book that tells the curious story of how the MIB plagued the life of a 1950s-era UFO researcher named  Albert Bender. And, talking of Bender, Andy has also just republished Bender's very own (and very controversial) book: Flying Saucers and the Three Men, originally released in 1962. 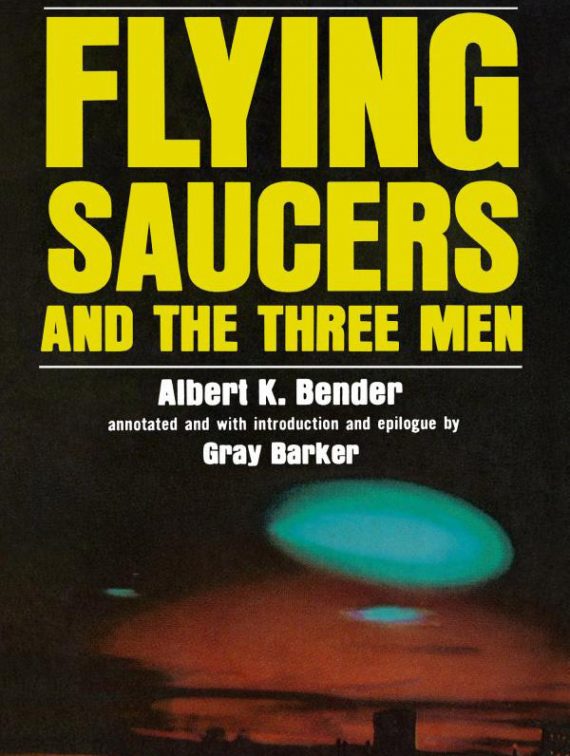 Both the Barker and the Bender books come with their original covers and are very nicely packaged.

Moving on, let's now focus on the work of Fortean legend, John Keel. Now available from NSB is Keel's Strange Mutants of the 21st Century, about which Andy says: "Strange Mutants of the Twenty-First Century contains Keel's very first ruminations on Mothman, as well as a variety of strange reports on black 'demon' dogs, phantom cats, Bigfoot and other North American giants, flying humanoids, flying saucers, flying snakes, and even stranger mutants that Keel believed reside with us on Earth. This book was originally printed in very small quantities over 30 years ago, and became extremely rare and expensive. Finally, it has been available to the general public."

One of the strangest sagas that Keel found himself embroiled in was that of the enigmatically weird Indrid Cold. It's a saga told in Woody Derenberger's book, Visitors From Lanulos. 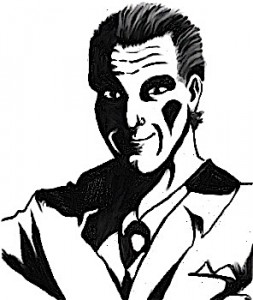 Andy, who has put out a new edition of this 1971 book, notes that Derenberger "...claimed to have had a series of strange adventures beginning on November 2nd, 1966. While driving home from Parkersburg, West Virginia to his suburban home in Mineral Wells, he suddenly found the highway blocked by a large gray object. Someone emerged from the object and walked to the passenger side window of his car. The man introduced himself as 'a searcher,' and offered words of comfort to Derenberger."

After noting that he would come again, the "spaceman," who called himself "Indrid Cold," stepped back into the object and it rose out of sight. Woody Derenberger went home and told his story to his wife. He then called the police and the press. Soon after, other witnesses came forward to say that they, too, had seen Cold talking to Derenberger by the side of the road. (In time, several locals would have their own encounters with Cold.)

Two days later while driving in his car, Derenberger began to receive telepathic communications from Cold, who described himself as from the "galaxy of Ganymede." Cold also supplied some information about his life, including the observation that people on his planet (Lanulos) lived to be 125 to 175 of our Earth years.

Over the next weeks, other stories would accumulate that substantiated other parts of Derenberger's story, including independent UFO sightings on November 4th. An initial investigation concluded that Derenberger was not a fraud or hoaxer, and was mentally and psychologically sound.

Throughout this period, Derenberger's direct contacts with Indrid Cold continued. He learned much about Cold's people and their desire for friendly contact. In 1967, Cold took Derenberger for a ride in his spaceship. Strangely, they visited the oilfields of Iraq and Afghanistan, as well as Cold's lush, jungle planet, which was populated by beautiful humanoids wearing no clothes.

Derenberger told his story frequently over the next few years, and his story was given extended treatment by Fortean researcher John A. Keel.

Controversial? Of course! But, highly readable, too. And here's where you can purchase the new edition. 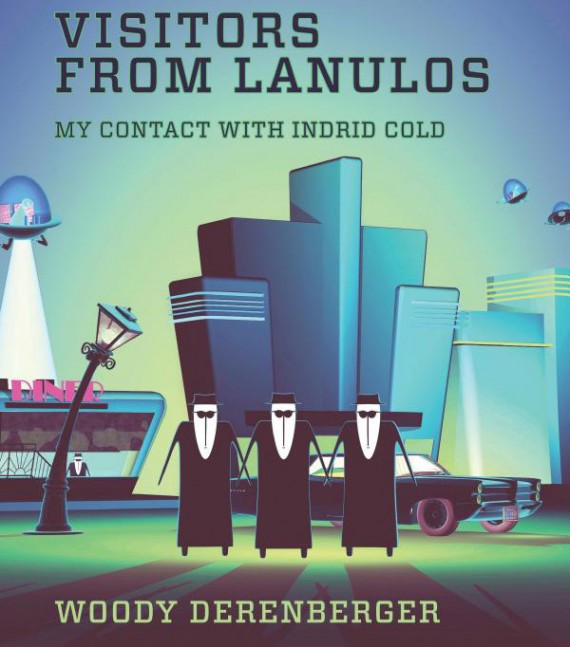 Still on the subject of John Keel, Andy has done us all a great service by also recently republishing Keel's Strange Creatures From Time And Space and Our Haunted Planet. I have to say, however, that my firm favorite of all the NSB releases is Searching for the String. It's an excellent collection of selected writings from Keel. Essentially, they are articles penned by Keel (for the likes of Saga Magazine, Flying Saucer Review, Fate, Argosy, and various other magazines and journals), and which span the mid-1960s to the late-1970s.

If Ufology of a time long gone fascinates you, if the beast known as Mothman intrigues you, and if tales of black-garbed characters silencing UFO witnesses catch your attention, check out New Saucerian Books. You won't be disappointed.