Secretly Spying on the Moon

The late Ingo Swann was considered to be one of the U.S. Government’s leading Remote-Viewers, those near-unique individuals whose psychic powers and extra-sensory perception (ESP) were harnessed, from the 1970s onwards, to spy on the former Soviet Union. Swann proved to be a highly-skilled remote-viewer, one whose talents were employed on a number of espionage-themed operations focusing on overseas targets that might have proven hostile to the United States.

As a result, Swann came into contact with a variety of shadowy figures within the realm of government secrecy, and the world of intelligence-gathering, including a truly Machiavellian character known, very mysteriously, only by the name of Mr. Axelrod.

It was in February 1975 that Swann was contacted out of the blue by what he personally described as a certain highly-placed figure in Washington, D.C., who guardedly advised Swann that he, Swann, would soon be receiving a telephone call from the aforementioned Mr. Axelrod.

Swann’s source quietly advised him that while he could not offer much at that time by way of a meaningful explanation, Swann should be keenly aware that the call would concern a matter of great urgency and importance. A somewhat concerned Swann waited … and waited… and waited.

Finally, around four weeks later, a call arrived, and Swann was asked to make a cloak-and-dagger rendezvous, only mere hours later, at the National Museum of Natural History at the Smithsonian. 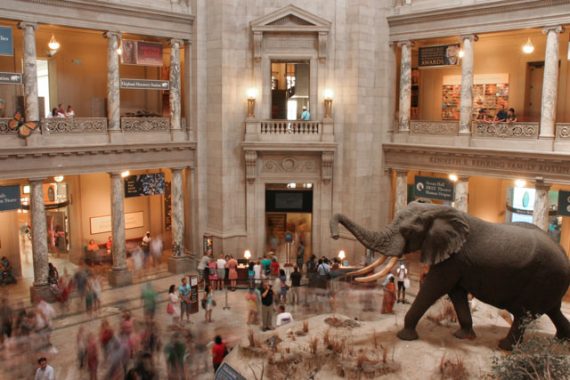 Despite the somewhat fraught, last-minute nature of the conversation, Swann unhesitatingly agreed, and quickly – albeit with a degree of concern and trepidation - made his careful way to the meeting-place, where he was greeted by a man who Swann said looked like a Marine.

Although basic formalities were exchanged, Swann was hardly clear on what was afoot: he was driven by car to a second location, where nothing less than a helicopter was waiting to take him to a destination unknown. Such was the security and secrecy surrounding the journey Swann was blindfolded for the approximately thirty-minute flight. In other words, the experience was rapidly becoming one of near-007-like proportions.

On landing, Swann was taken to an elevator that descended for a significant period of time – perhaps into the bowels of some secret, underground installation, Swann thought, and probably with a high degree of logical justification. With the blindfold finally removed, Swann gathered his bearings, and was then introduced to the enigmatic Mr. Axelrod, who admitted this was not his real name, but suggested to Swann it was an identity that served the particular purposes of the meeting.

Axelrod wasted no time and got straight to the point, asking Swann a great deal of questions about the nature of remote-viewing. Axelrod also made it clear that he wished to make use of Swann’s skills – on what was clearly a secret operation – for a significant sum of money. It truly was one of those offers that one cannot refuse. And Swann, most assuredly, did not refuse it.

Axelrod asked Swann, pointedly, what he knew about our Moon. Now, finally, the purpose of the strange meeting was becoming much clearer. Someone within officialdom was secretly looking to have the Moon remote-viewed – which is precisely what Swann went ahead and did.

By Swann’s own admission, he was utterly floored by what he found: during an initial targeting, his mind focused in on sensational imagery of what looked to be a huge tower, similar in size to the Secretariat Building at the United Nations, but one that soared upwards from the Moon’s surface. This was no human-made structure, Swann was told: it was the work of nothing less than mysterious extraterrestrials.

In follow-up remote-viewing sessions, Swann was able to perceive on the surface of the Moon a wealth of domed structures, advanced machinery, additional tall towers, large cross-like structures, curious tubular constructions across the landscape, and even evidence of what looked like extensive mining operations. Someone, or something, had secretly constructed nothing less than a Moon-base. 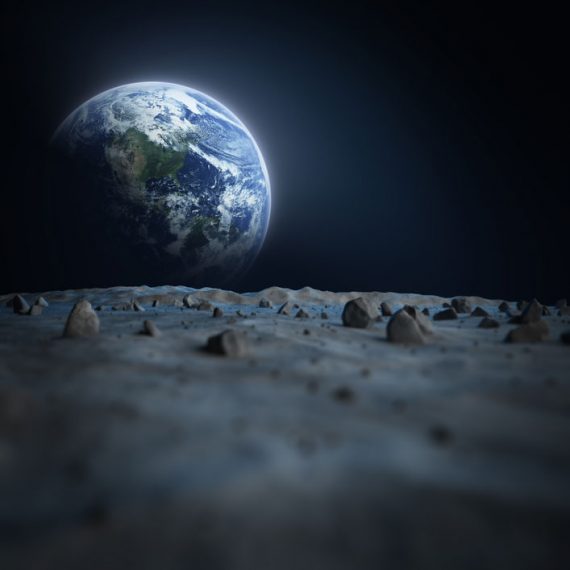 Intriguingly, Swann was also able to focus his mind on what appeared to be a group of people – that appeared very human – housed in some sort of enclosure on the Moon, that were busily burrowing into the side of a cliff. The only oddity: they were all utterly naked.

Rather ominously, and very quickly, at that point Axelrod terminated the experiment, amid dark and disturbing allusions to the possibility that the Moon-based entities were possibly acutely aware they were being spied upon via the means of astral-travel. It was even implied that Swann’s very actions might now place him in grave danger, if the beings decided to turn the tables and pay him a visit of a deadly, cosmic kind – which, very fortunately for Swann, they did not.

Notably, Axelrod also inquired of Swann if he knew of a man named George Leonard. Swann replied that, no, he was not familiar with the name. It transpired that during that very same time frame that the shadowy Axelrod was employing Swann to seek out the mysteries of the Moon, Leonard, an author, was hard at work, toiling on a manuscript titled Somebody Else is on the Moon.

In 1977, Leonard’s manuscript appeared in book form, and, to a significant degree, focused its attention upon the very matter about which Axelrod was so deeply troubled: namely, unusual, intelligently-designed structures, or installations, on the Moon.

The odd, near-Deep Throat-like meetings between Swann and Axelrod – on the nature of what was afoot on the Moon - continued until 1977, after which time they came to an abrupt end, with Swann, unsurprisingly, left scratching his head about the distinctly odd sequence of events.

Had Swann really psychically accessed a fantastically-advanced base on the Moon that had been constructed by space-faring extraterrestrials? Or, does the fact that Swann recalled those working on the facility looked like everyday members of the Human Race – albeit naked ones! – mean that this was a secret installation of very terrestrial origins, one that Axelrod was trying to learn more about, due to being left out of a particular, highly classified governmental loop?

The answers are as unknown today as they were to Ingo Swann all those years ago.  If Mr. Axelrod is still alive and reading this, maybe he can fill in some (or all) of the blanks...

The Man Behind the Myth: Meet the Real Count Dracula