Japan is a rugged, mountainous land filled with natural beauty. Perhaps the most well known example of this is the majestic and iconic Mt. Fuji, one of the country's most famous and instantly recognizable landmarks. Rising up from Yamanashi prefecture, Mt. Fuji is the highest mountain in Japan, it’s majestic peak widely visible for miles around, even from the bustling metropolis of Tokyo.  The mountain, which is in fact a volcano, has been revered by the Japanese people for centuries. In addition to its stark beauty, Mt. Fuji is also known for its mysteries. 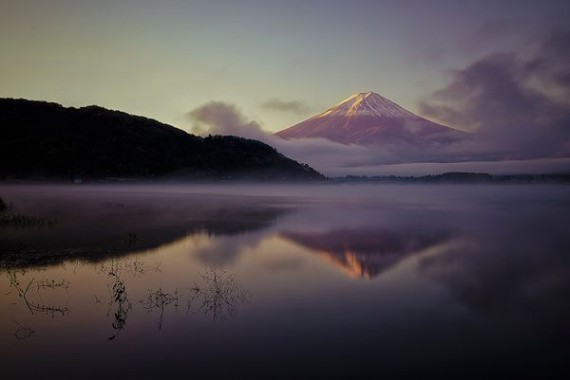 Sprawled out in an arc under the northern shadow of the looming Mt. Fuji are The Fuji Five Lakes, also known in Japanese as “Fujigoko,” (literally, “Fujis’s five lakes”). The lakes were formed by previous eruptions of Mt. Fuji, when volcanic lava flows blocked and dammed up rivers and streams to create the lakes. These five lakes are Lake Kawaguchi, Lake Motosu, Lake Saiko, Lake Shoji (the smallest of the five), and Lake Yamanaka, which is the largest of the five and also the third highest lake in Japan. The Fujigoko are a popular travel destination for people all over Japan and are also allegedly home to a bizarre, water dwelling beast.

For years, these picturesque lakes have been the setting for a series of strange sightings of an unidentified creature in the water, which has been affectionately referred to as Mossie, モッシー” in Japanese, in an attempt to emulate the naming of its more famous Scottish cousin Nessie. Mossie is reported as being up to 30 metres in length, with a horny, bumpy back like an alligator or crocodile. Some reports have also mentioned a long dorsal fin like that of a shark, yet the majority of sightings have been simply of large, dark shapes swimming under the surface of the water, with no details visible. A good majority of the sightings have occurred at or near dusk, when the creature appears to be more active. 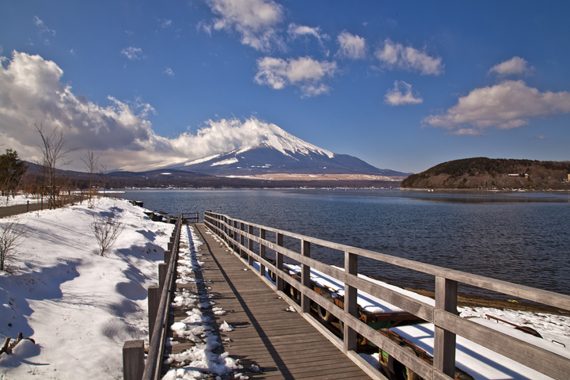 Mt. Fuji's lake monster first became widely known in the 1970s, when there was a rash of sightings of something large and unexplainable lurking in the depths of the lakes. The idea of a water monster roaming the waters at the foot of the famous Mt. Fuji captured the public imagination, and drew a lot of media attention at the time. People began to arrive in droves in order to not only bask in the beauty of the mountain and surroundings, but also in the hopes of catching a glimpse of the monster.

At the height of this lake monster fervor, boats descended upon the lake trying to find it, and one group of fishermen decided to try their hand at catching whatever the thing was. The fishermen spent days laying an elaborate system of sturdy nets on the hopes of ensnaring the creature, then laid in wait. Not long after, the nets were pulled up and were found to be completely shredded and ripped apart, much to the fishermen's surprise. It was surmised that only something very large and strong could have done that much damage to the nets that were used.

Meanwhile, some of the boats scouring the lake came up with bizarre sonar readings of large moving shapes near the bottom. One boat captain claimed to have repeatedly picked up the sonar signature of an inexplicable dark form that he described as being around 25 meters in length. Other boats reported getting sonar hits on multiple unidentifiable shapes at the same time, which they described as almost a school of huge, eerie creatures that they insisted could not have possibly been schools of fish or geographical features.

One man, a Mr. Ken Yanoguchi, claimed to have had a very close encounter with the beast in the 1970s. While fishing on lake Saiko in his small boat, Yanoguchi reportedly bumped up against something in the water. Thinking it was a log, he went to investigate only to find a large creature of some sort lurking just under the surface with part of its back protruding from the water. The exposed part of the creature was described as black, slick, and rubbery looking. The rest of the creature had the appearance of an enormous fish or whale, and Yanoguchi himself even said that his first impression was of a whale, although he could not fathom why a whale should be out in one of the five lakes. The creature reportedly leisurely sunk beneath the water and was not seen again. 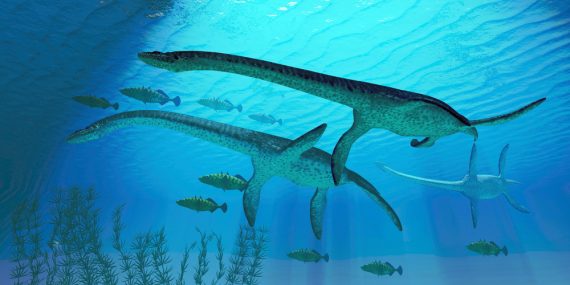 In the 1980s, sightings continued and the creature was even allegedly caught on film in October, 1987. A Mr. Yoneyama was out with three others taking pictures of the lake and its surroundings when they saw a surge of water out on the otherwise calm lake. Within this surge, they reported seeing 3 to 5 meters of the exposed back of something they could not identify, which was described as being rough like that of a crocodile. They were able to capture the animal on film, but the results are less than impressive, showing merely a dark shape and thus proving to be inconclusive. Sightings of the animal have dropped off in recent years, but a group in the village of Kamikuishiki has been investigating the Mossie phenomena since 2005.

Mossie has been sighted in more than one of Mt. Fuji's five lakes, which could be explained by the unique geological features of the lakes, namely the fact that Lake Motosu is connected to Lake Saiko and Lake Shoji by a system of underground waterways that mysterious underwater creatures could use to travel back and forth between lakes. However, what can't be readily explained is why an enormous lake monster should be here in the first place. The very nature of the lakes makes them an odd location for a lake monster to be found since the Fuji Five Lakes are not particularly ancient. It is thought that the volcanic activity that formed the lakes is very recent in geographical terms, with the lakes forming sometime during the 9th and 10th centuries. This makes it impossible for the creature to be some type of prehistoric animal trapped in the lakes millions of years ago.

The presence of a large, unidentified monster here is also further complicated by the fact that there are no rivers or natural drainage connected to the lakes either, so there is no possibility that something has travelled there from the sea through this route. In addition, many of the fish in the lakes were stocked, and there is no species of fish known there that even approaches a size large enough to cause the reports. These facts make it difficult to determine a biological possibility of  just what Mossie could be.

Many theories have been put forward. Ideas run the gamut from oversized introduced fish like the enormous wels catfish or sturgeon that have somehow been released into the lake. Sturgeon have indeed been introduced in some areas of Japan, but this is not known to have happened in the Fuji five lakes. As it stands, no species of fish known to inhabit the lakes even approaches the sizes reported for Mossie.

Regardless of the head scratching nature of the Fujigoko lake monster phenomenon, sightings of Mossie continue to occasionally come in to this day. Is there any chance that a large, unidentified creature is lurking somewhere in these lakes? Those who swear to have seen it say yes. Giant fish or unknown monster, perhaps one of these animals is swimming out there right now, cutting a path through the tranquil reflection of Mt. Fuji upon the water.

A Brief Objection to Near-Death Experiences