The Man Behind the Myth: Meet the Real Count Dracula

The Dracula myth, dreamed up towards the end of the nineteenth century by Irish author Bram Stoker, has since grown to become one of the most prevailing icons of the horror genre; to date, the grim count has enjoyed more than 70 outings on the silver screen.

However, while Count Dracula may be seen as a universally recognised symbol of the traditional vampire legend, Stoker’s inspirations for the character come from an altogether different historical source.

It is broadly accepted that the chief antagonist of Stoker’s 1897 novel was based on the 15th century Vlad Dracula… or as the history books like to remember him, ‘Vlad the Impaler’. There is no doubt that the real life Dracula was certainly a bloodthirsty character. Beyond the deep-set eyes and a taste for cruelty however, the comparison soon ends. 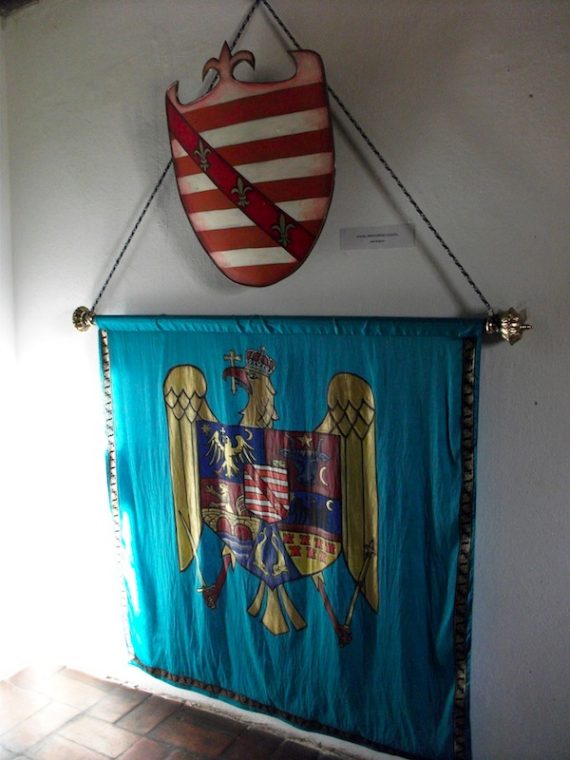 In fact, there is a case to be made that Vlad Dracula (and moreover, the Drăculești dynasty as a whole) has been done a disservice by the contemporary stereotype so often associated with his memory. To understand how Vlad the Impaler was perhaps no more than a victim of bad press however, we need to look back a little further – as far as the 12th century AD, and the Great Schism that saw the Christian church divided between Catholic and Orthodox factions.

Around this time, Europe was in absolute chaos. Rival factions of Christianity battled fiercely with one another, and later, in 1299, the birth of the Ottoman State posed a new and sinister threat.

By the 14th century the Ottoman Empire was advancing into Europe through occupied Bulgaria. The ensuing massacre was flavoured with a religious zeal, as Ottoman forces raped, burned and pillaged their way across the unsuspecting country.

In 1408, the Orthodox Christian church answered this growing threat with the foundation of a secret, chivalric brotherhood; the Order of the Dragon. 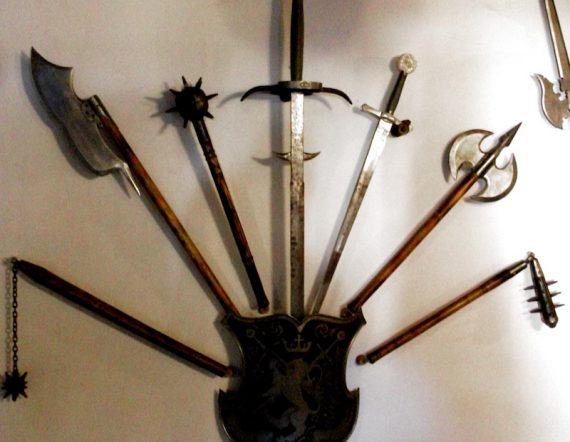 The Order was dedicated to the protection of the Orthodox faith, and boasted many notable members – including prominent lords and generals all the way from Scandinavia to the Mediterranean. Even Henry V of England was recorded as an honorary member of the Order.

Our story concerns Prince Vlad II of Wallachia, the southern province of Romania. With the Ottomans already fighting their way across the Danube from Bulgaria, nowhere in Europe was the threat more apparent.

Vlad II was quick to join the Order of the Dragon, and even took the dragon motif as his own house emblem. The Romanian word for ‘dragon’ is ‘dracul’, and so began the dynasty of ‘House Drăculești’. Prince Vlad’s son and heir, Vlad III, accordingly took the name ‘Dracula’; meaning ‘son of the dragon’.

Vlad III Dracula ruled as the voivode of Wallachia between the years 1456 and 1462. It is said that his taste for cruelty ran far deeper than that of his father however, and some reports would have you believe that during these years the voivode (or ‘count’) had tens of thousands of his enemies impaled upon long wooden shafts. Before long people were referring to him as ‘Vlad Ţepeș’, or ‘Vlad the Impaler’. 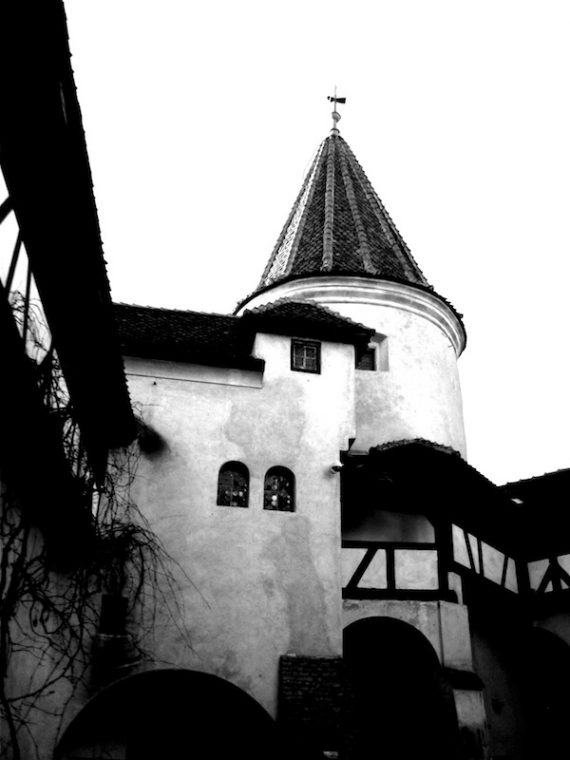 It is known that Dracula’s methods of execution were particularly barbaric – he even employed a physician to help guide the wooden shaft from the victim’s anus through to an exit point on the upper back, avoiding major organs to ensure a prolonged period of suffering.

It is important to note however, that the vast majority of these ‘victims’ were in fact Ottoman soldiers – captured on Romanian soil, in the process of invasion. Indeed, even if the reports of Dracula’s death toll are true, this number pales into comparison compared to the slaughter committed by the attacking Ottomans.

Other stories report Dracula’s execution of thieves, extortionists and gluttons; but always there was a point to be made, as these individuals were put on display as warnings for future offenders. Those Ottoman victims were mostly pinned along the southern border, a rank of grotesque scarecrows facing Constantinople.

Throughout the majority of his reign, Vlad III Dracula lived at the old Romanian capital of Târgoviște in the Wallachia province; but this ancestral home of House Drăculești bore little or no similarity to the Castle Dracula pictured by Bram Stoker. 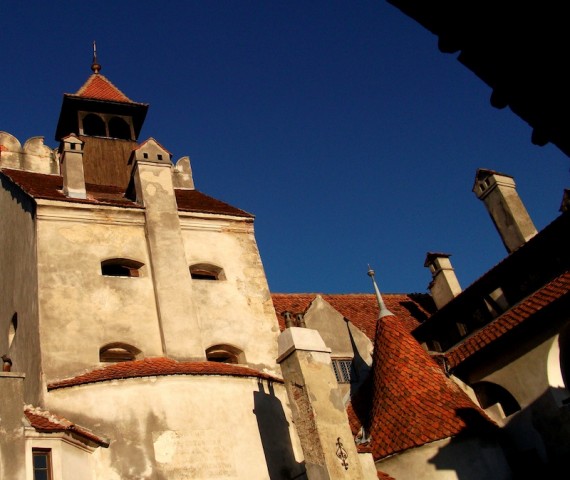 Attempting to fit this final piece into the Dracula puzzle, the links between truth and fiction become more tenuous than ever.

The Castle Dracula from the novel was situated on the peak of Mount Izvorul Călimanului in northern Transylvania. Stoker had little or no grasp of Romanian geography; but rather fell in love with an idea of Romania, with its mist shrouded mountains and seemingly endless pine forests.

The real Mount Izvorul Călimanului is completely bare… or at least it was until the 1990s. After the fall of Romanian Communism the Dracula myth finally returned home, and soon many of the associated sites featured gift shops, theme hotels and haunted house rides. Three different fortresses now vie for the title ‘Castle Dracula’.

The first of these is Poenari Castle, a once magnificent site located in the north of the Wallachia region. This was where Vlad III liked to hunt, when not busy in the capital. Although its claim may be the strongest, sadly the castle was reduced to rubble in the 17th century. 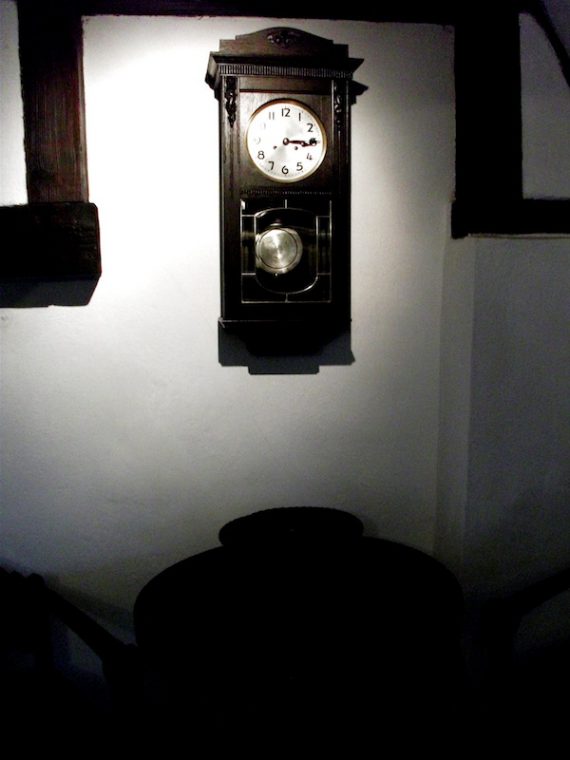 A second contender is Hunyard Castle, in Hungary. Hunyard was Dracula’s prison rather than his home though, and it was here that Vlad III was taken during his short spell of captivity at the hands of the Austro-Hungarian Empire.

More often than not, it is the 14th century Bran Castle that is bestowed the title ‘Dracula’. Not far from the Transylvanian town of Brașov, this exquisite gothic fortress commands breathtaking views across a wide, wooded mountain valley. While it is believed that the voivode later remembered as Count Dracula spent only a few weeks at Bran Castle – where he visited as a guest – somehow the title endures. 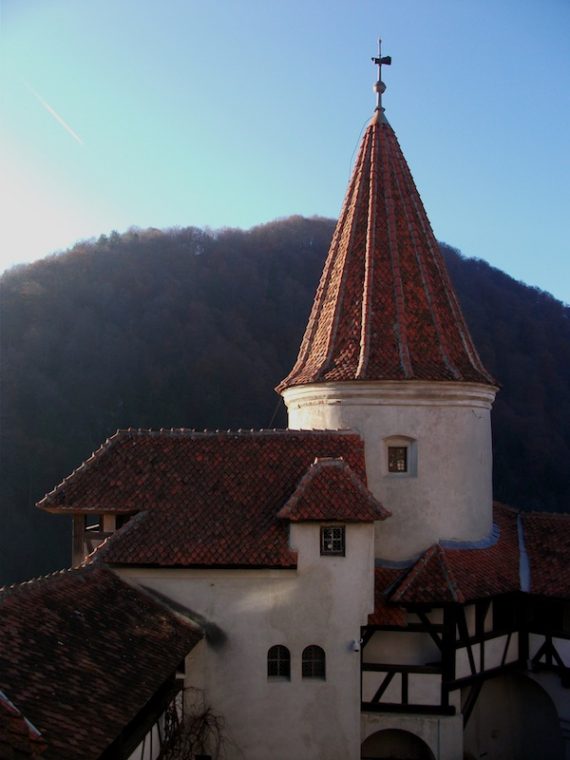 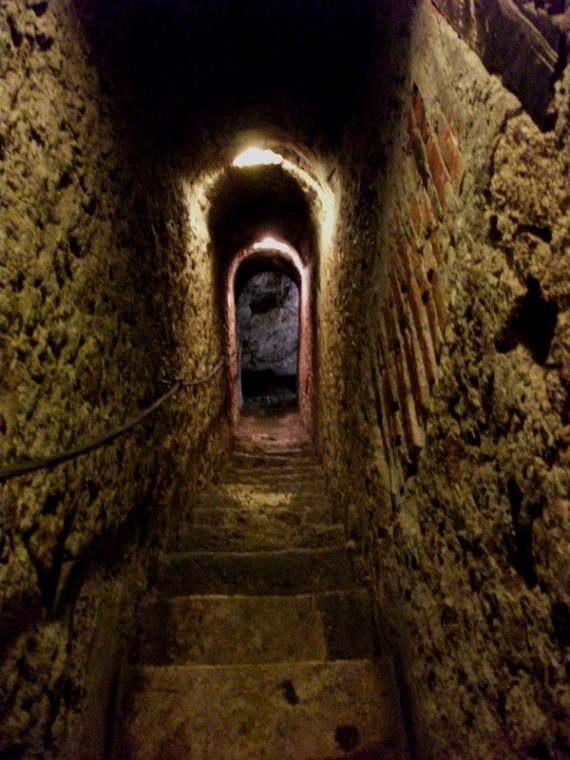 It isn’t hard to see why, though. Steep rock walls raise the castle up above the valley floor, where dark wood timbers are arranged into a haphazard series of jagged towers topped with spires of red tile. The interior is a warren of narrow corridors, winding staircases and secret passages.

Bram Stoker’s castle may never have existed; and even the inspiration for his famous vampyric protagonist had little more than a passing connection to Bran Castle. Nevertheless, Bran serves as the perfect example of the kind of castle that a Romanian vampire might chose to live in. Meanwhile, the legacy of Vlad III Dracula lives on; and even now the count is remembered by many Eastern Europeans as an enduring folk hero.

All photographs copyright of Darmon Richter. For more images and a firsthand account of travel to Bran Castle, check out: Dark Tourism at Dracula's Castle

The Mysterious Village of Twins