The Mysterious Village of Twins

At first glance one might not notice anything particularly odd about the village of Kodinhi. It is a small, remote village located in the Malappuram district in Kerala, India. With only 2,000 families, it is a sleepy, quiet place that one could drive by without giving a second thought. It is a backwater, nondescript village not unlike countless others dotting the Indian countryside. However, spend enough time walking through its modest streets you may start to notice something peculiar about this village. You may start having a case of seeing double, for there are twins everywhere, of all ages, both identical and fraternal. In fact, there almost seems to be a pair of twins for practically every family in the village. 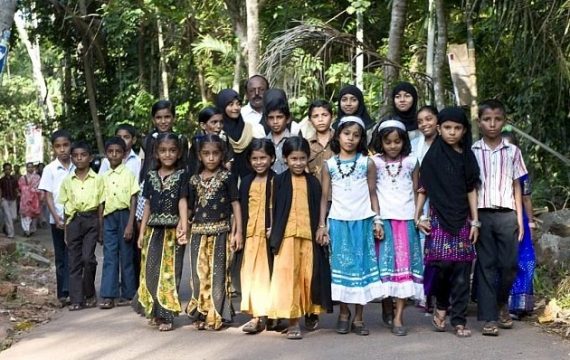 Kodinhi has the distinction of having the most unusually high rate of twin births in the world. In a village of only 2,000 people, there are reportedly over 220 pairs of twins. It was reported that in 2008 alone, 15 pairs of twins were born in the village. This may not seem like a high number when talking about a big city, but it is bizarrely high for such a small, relatively sparsely populated town. To put it into perspective, it is said that the rate of twin births globally is around 6 out of every 1,000 live births, whereas in Kodinhi it is more like 42 out of every 1,000 births, a striking contrast to the norm. In fact, the rate of twins in this sleepy, tropical town is around 6 times the global average. 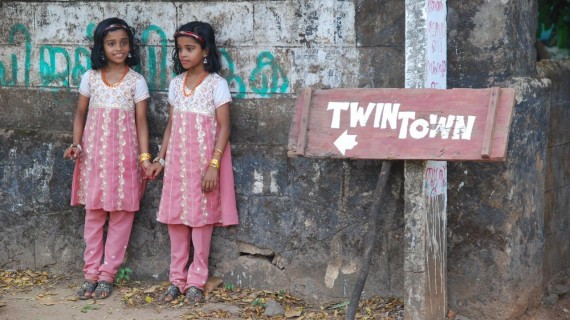 It is said that the twinning phenomenon in Kodinhi started around  60 to 70 years ago, and the exact cause remains unknown. Doctors have long been baffled as to why this village has so many twins, and no one as of yet has been able to unravel the mystery. Adding another layer of odd to the puzzle is the fact that even those who marry outsiders and move away from the village exhibit a substantially higher than normal rate of having twins.

Researchers have delved into genetic, biological, molecular, hereditary and climatic factors and still have not come to a satisfactory conclusion to this enigma. Pollutants or chemical factors have been mostly ruled out since the vast majority of twins born in Kodinhi are perfectly normal and healthy, without birth defects. In addition, artificial insemination or other fertility treatments are not a factor as the villagers are too poor to afford the prohibitively high costs of such procedures. Genetic problems have also mostly been discounted since the effect is localized in this one village.

Dr. Sribiju speculates that the answer lies in something the villagers are eating or drinking, but none has been able to isolate the substance that could be responsible. Further compounding this theory is that the eating habits of the villagers of Kodinhi don't seem to be any different than other villages in Kerala. Dr. Sribiju has said he plans to continue research in Kodinhi with more detailed biochemical analysis equipment, but for now the abnormal number of twins here remains an unexplained anomaly. 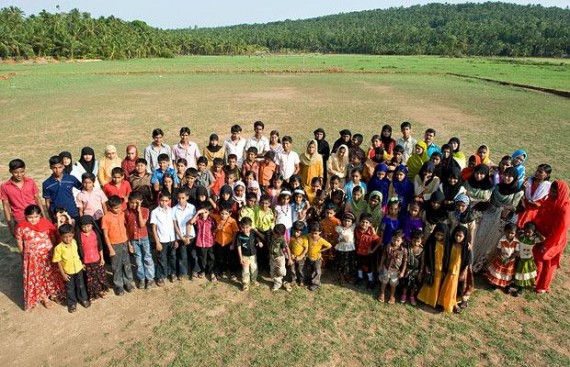 Fortunately for the villagers here, the twinning phenomenon has had no real negative effects except for perhaps people not being able to always quickly ascertain just which twin they are talking to. School teachers here like to joke that they are never sure if a student is really the one attending the class, or their twin. Mistaken identity is probably a real headache here, yet for the most part there have been no health concerns and the village even seems to be proud of their unique status.

In order to bring wider attention to the peculiar problems twins here face, around 30 pairs of twins in the village started an organization called "The Twins and Kins Association." It is reportedly the first such association of its kind in India and it is hoped that the group will be able to raise awareness of Kodinhi's plight and the unique lifestyles of twins.

Just what is going on in the remote village of Kodinhi? What is the reason they have so many twins? For now, no one really knows. If you ever find yourself in this village and start seeing double yourself, just remember that it is not just your imagination playing tricks on you.