When I first stumbled upon news that the 1989, Robert Englund starring cinematic version of 'The Phantom of the Opera' was to be given a Blu-ray release, my reaction was simple: 'There's a Phantom of the Opera movie starring Robert Englund?' As a Freddy-devotee I can't believe this one passed me by, particularly considering it was released close to the height of the Elm Street series' popularity and unlike those films, had the benefit of being distributed by a major studio (21st Century Fox). As it turns out, it was a box-office bomb, grossing just over $3 million and the film seems to have rarely received much exposure in the intervening years - but is it really deserving of it's poor (or perhaps even non-existent) reputation? 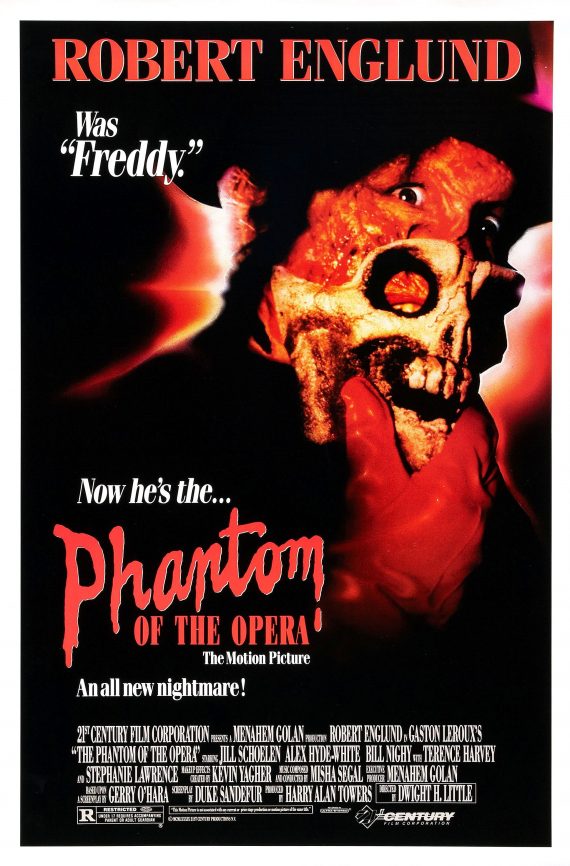 The movie's poster (and now the Blu-ray's cover) makes no secret of the obvious comparisons between Erik Destler - the Phantom - and Englund's more famous disfigured ghoul, and much of the film seems to be squarely aimed at the slasher crowd. The gore is amped up, with much emphasis placed on Erik's gruesome murders (including stabbing, flaying and decapitation) and stitched together face - in this version, the result of the Devil's touch, following a pact in which the composer offers his soul in exchange for the world loving his music. From the outset it's very clear that this is no low-budget affair. It's all shot beautifully, and the location - here transferred to Victorian London rather than Leroux's Paris Opera house - offers the opportunity for some classic-style horror establishing shots that will put viewers in mind of Hammer and Amicus' classics. 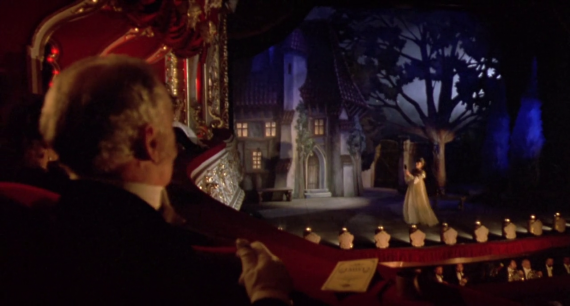 Despite the stylistic changes (which many diehard fans believe to be more in keeping with Gaston Leroux's original novel's intent) all of the familiar beats in the story are hit upon. Englund is clearly having the time of his life, attacking every line with all of the bile and menace that Krueger once had and none of the knowing humor or tongue-in-cheek looks to camera that became his downfall. The music too, is superb - Destler's opera-within-an-opera 'Don Juan Triumphant' providing most of the songs, for which the film received perhaps its only accolade, a 1989 Brit Award for best soundtrack. Jill Schoelen - a talented and sadly little known Scream Queen - plays Christine Day, the naive soprano who finds herself the object of the Phantom's obsession. Alex Hyde-White is her boyfriend, while Bill Nighy crops up as the owner of the theater.

With a timeless story, a great cast, a fresh approach and excellent music, it's very hard to understand why 'The Phantom of the Opera' was not only a commercial flop, but critically savaged upon release. A sequel had been planned (for which Englund was already under contract), but the film's dismal financial showings put paid to that. Rumor has it that Robert's 1992 straight-to-video vehicle 'Dance Macabre' (which I'll get to soon) was in fact re-written from the 'Phantom' sequel's script. Either way, the fact that what amounts to one of Englund's very best roles - and a genuinely gripping adaptation - has largely gone unseen is a great shame. Perhaps the crossover audience between slasher and 'Phantom' fans simply wasn't there, but the film remains at the very least an interesting curio for the latter group and an essential watch for the former.