The Sexy Side of the Supernatural

Sexuality, many would argue, forms the basis of our very being, and the continuation of virtually all complex biology on our planet. Hence, is it totally outrageous to ask whether there could be sex that occurs elsewhere... if not on other planets, then perhaps in the afterlife?

The question may sound absurd, and perhaps even scoff-worthy in the eyes of one such as evolutionary biologist Richard Dawkins, who would likely reject the premise outright based on its insinuation that consciousness may carry on after bodily death (granted, Dawkins has drawn quite a bit of criticism lately for controversial sex-related statements he has made as well). But putting aside our skepticism for a moment, perhaps if we suspend our disbelief regarding an afterlife and consider what role sexuality plays in the physical world, this idea could make for a more interesting exercise in thought than you might think.

Sexuality does undertake a variety of roles aside from its obvious practical purpose; even some animal species, which include dolphins, will engage in sexual relations for pure enjoyment, rather than mere procreation. Among humans, while procreation and recreation are the key reasons for engagement in sexual intercourse, sexuality also has a history of use in ritual and symbolism that ties in with the supernatural.

Among the most erudite presentations on the subject, Benjamin Walker's Sex and the Supernatural: Sexuality in Religion and Magic  (Macdonald Unit 75, London, 1970), summarized it thusly:

From earliest times sexual union has been sanctified in countless symbols, and the representation of the act was a profound arcanum concealing hidden truths. The Ark of the Covenant, the chest of acacia wood housed in the Holy of Holies in the Temple of Solomon, contained among other things a sacred stone which, according to certain Talmudic scholars, was a symbol of the male and female organs in union. The Eleusinian mysteries of ancient Greece included a rite known as arretophoria named from the Greek words meaning 'carrying things not to be mentioned', in which a basket containing a stone phallus and the 'womb' of the goddess Demeter was taken out in sacred procession.

In primitive (preliterate) societies it was and still is almost universally believed that human generation is directly linked with supernatural powers. Even in those communities--and there are some, according to anthropologists--who are not aware of the connection between sexual intercourse and pregnancy, the act of copulation takes on a special significance and is regarded with sentiments of religious awe.

Looking throughout history, the fact that there is a religious sentiment underlying the sexual act is of course rife throughout virtually every culture and their practices. However, arguably the significant role that sexuality plays is often rather subconscious, and perhaps applies to a range of purportedly unexplained phenomenon in the modern era. 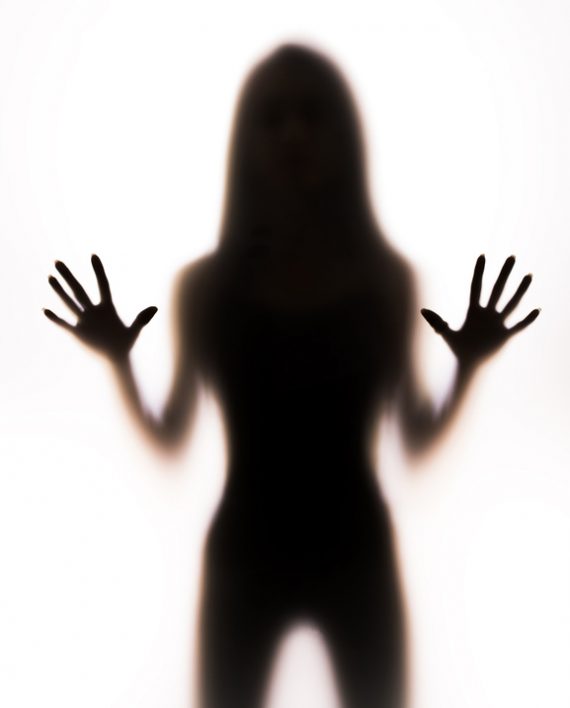 Ghost sex, for instance, has been popularized in modern times in film and popular documentary-style paranormal programs, with particular emphasis made on the idea of ghostly or demonic sexual assault (take for instance the decidedly disturbing 1982 film rendition of The Entity, starring actress Barbara Hershey, which is among the more sensationalized presentations on the subject). The prevalence of such accounts in modern times no doubt served as inspiration for author Brad Steiger, who devoted an entire book to purported sexual relations carried out with denizens of the spirit world in his Otherworldly Affaires: Haunted Lovers, Phantom Spouses, and Sexual Molesters from the Shadow World. Granted, not all the encounters with randy spirits discussed in the book are violent or non-consensual; in a few instances, there have been individuals who described the experiences as enjoyable.

Years ago, I was contacted personally by a woman who wished to share something that was "slightly unnerving, but a bit personal." I suspected, based on her initial hesitation, that this might have to do with some perceived phenomenon of a sexual nature and, upon further discussion of the incidents in question, the woman confided to me that her husband had awoken on two separate occasions to find her seemingly engaged in sex acts--and apparently enjoyably so--while sleeping, and in the obvious absence of any real partner. The husband had been quite disturbed by the displays, and advised she seek help, though she herself maintained virtually no memory of anything happening.

It may be possible that such circumstances are due in part to little understood bodily processes; for instance, one often-asserted solution is that these individuals are merely suffering from sleep paralysis. However, in the case related above, it would seem counter-intuitive if known functions that render bodily paralysis while one is sleeping could nonetheless allow for an individual to thrash about as though engaged in a sex act.

Conversely, melatonin, which governs photoperiodic bodily cycles and functions, is related both to sleep and sex in humans. It would seem plausible, in theory, that melatonin production might stimulate the body in a variety of ways, based on the individual, that have relevance particularly to sexuality in relation to the dream state. Similar to the apparent connection between presumed spirit-sex and sleep cycles are reports of alien abduction, which at times bear a starkly sexual nature. Researcher Paul Deane noted in his book Sex and the Paranormal that some early abduction cases where the purported female captives weren't merely examined by their alien captors, but described literal sexual assault while in their presence; one of several elements that has contributed to rather fantastic theories among researchers in some UFO circles, which reveal humans as intergalactic breeding stock to alien visitors.

In fairness to all branches of purported strange phenomena, it wouldn't be fair to exclude cryptozoology, as indeed, a sexual component will often appear in relation to creatures like Bigfoot just as well, if you look deeply enough. In fact, silence on the matter encouraged researcher Loren Coleman to begin lecturing on the subject a number of years ago, in a series of presentations themed around "Sex and the Single Sasquatch," where he hoped to demystify the taboo nature of sexuality in relation to discussion of the beast. Arguably, if understanding the presumed existence of Sasquatch means learning all its habits, sexuality and breeding should hardly qualify for exclusion.

Fundamentally, our sexuality is part of what makes us human... perhaps the single most important part, in fact. Gender roles govern who we are, and how we will act, and when considered in this way, perhaps it is of little surprise that sexuality would also arise in relation to purported supernatural or paranormal claims. Does this merely betray the human component behind all of this, or does it point to a continuation of an actual interplay that is innate to us, and perhaps evidential of something that exists beyond?

Can This Tiny Propeller Make a Fantastic Voyage Possible?