I’m sure most Mysterious Universe followers know all about Charles Fort, who was one of the great pioneers in the systematic study of anomalous phenomena. I’m equally certain that the average person in the street has never heard of him. But even so, they’re probably familiar with one of the words that he coined: Teleportation. It’s now so much a part of the English language that it’s just as likely to be dropped into conversation by a quantum physicist or a science fiction fan as by a Fortean researcher.

The frustrating thing is that those three groups of people – Forteans, sci-fi fans and physicists – all tend to use the word in subtly different ways.

Fort himself first used the word “teleportation” in his book Lo!, published in 1931. In fact, teleportation is one of the major themes of that book. Its whole first half is concerned with mysterious appearances, including that of the strange German boy, Kaspar Hauser, in 1828, and mysterious disappearances, such as the one that affected the entire crew of the Mary Celeste in 1872. 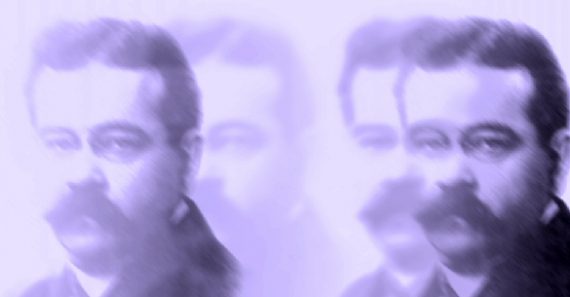 To Fort, “teleportation” was a psychic phenomenon analogous to telepathy or telekinesis. In telepathy, thoughts are transferred directly from one mind to another. In telekinesis, objects are moved around without any physical contact. In teleportation, a person is transported from A to B by paranormal rather than mechanical means. As with telepathy and telekinesis, Fortean teleportation may in some instances be a voluntary act, but as often as not it’s spontaneous.

“There may be teleportation, and maybe for ages the secret of it has been known by esoteric ones,” Fort says at one point in Lo!. He also speculates on its use by extraterrestrials: “I should like to think that inhabitants of other worlds, or other parts of one existence, have been teleported to this earth...” and even wonders if maybe some time in the future it could be used in the opposite direction:

If we accept that teleportation, as a natural force, exists, and suspect that some human beings have known this and have used it; and, if we think that the culmination of a series of tele-operations will be the commercial and recreational teleportation of objects and beings, we are concerned little with other considerations, and conceive of inhabitants of this earth willing themselves—if that’s the way it’s done—to Mars, or the moon, or Polaris.

The archetypal image of science-fictional teleportation is the Star Trek transporter. With the press of a few buttons, a landing party can disappear from the USS Enterprise and rematerialize on a planet’s surface a few seconds later. Of course, in the context of a 1960s TV series, this had a lot more to do with keeping special-effects budgets down, and moving the action along as quickly as possible, than it did with any carefully thought-through prognostication of future technology. 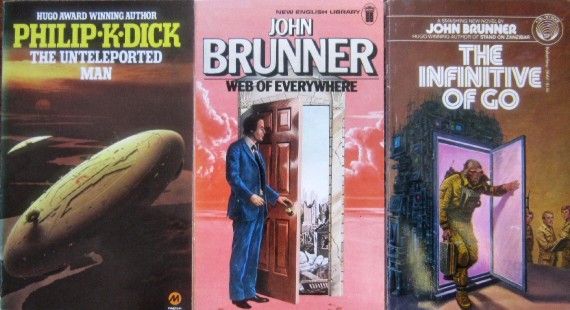 But other SF authors, including such luminaries as Philip K. Dick and John Brunner, have given more serious consideration to the practical and social ramifications of a teleportation device. And such a device has philosophical ramifications, too. Derek Parfit, one of the most respected philosophers of the late 20th century, discussed what he called a “teletransporter” in his 1984 book Reasons and Persons.

Both the Fortean and sci-fi versions of teleportation are scientifically “impossible” according to currently accepted theory. Taking Fort’s idea first, the notion that a person could transport themselves from A to B by sheer willpower, or be transported spontaneously by some invisible force, is dubious to say the least. As in the case of telepathy or telekinesis, there is tantalizing evidence that it does sometimes happen – and there are people who fervently believe it to be a genuine phenomenon – but there’s simply no evidence acceptable to science that this is the case.

Sci-fi teleportation gadgets are sometimes referred to as “matter transmitters”. That’s an apt name, suggesting an analogy with radio or TV transmission. We know that information, in the form of words or pictures, can be encoded as electromagnetic waves and sent anywhere in the world in a fraction of a second. So why not do the same with matter? The obvious problem is that matter is far more substantial than mere information. But what if a material object could be scanned to produce a complete description of it, so that all that information could be transmitted to the destination and used as a blueprint to reconstruct the original? That’s the standard “technobabble” explanation encountered in science fiction – but in the real world, it’s millions of years from being a practical proposition.

The thing that is teleported in quantum teleportation is not matter but information. That doesn’t sound very exciting, because we can transmit information easily enough already. This article, for example, has just been “teleported” – if you want to use that word – from the Mysterious Universe servers to whatever device you’re reading it on. And the amount of information that scientists can transmit via quantum teleportation is tiny compared to the length of this article.

What makes quantum teleportation special – and the reason scientists give it such an eye-catching name – is not what it does but the way it does it. Using the phenomenon of quantum entanglement, information is transmitted from A to B instantaneously – not at the speed of light – and without passing through the intervening space. There’s a catch, however, in that the process can’t be used to send a pre-written message. The teleported information becomes known to the sender at the exact same moment the recipient receives it.

“What’s the use of that?” you may ask. Well, it’s potentially of enormous utility in the emerging field of quantum computing. That’s why the scientists are excited about it – and there’s no doubt that what they’re doing promises great things in the future. But it’s a shame they had to give yet a third meaning to a word that means two completely different things already!

UFOs in and Over Texas