UFOs in and Over Texas

Whether the subject-matter is UFOs, Bigfoot, lake-monsters, or something else definitively Fortean, there is one kind of book I like more than any other. It's a book of the regional kind. Yes, a nationwide (or even a worldwide) study of one particular mystery is valuable. But, when you have an author who focuses on one specific area - a place they know very well - and who has the ability to dig deeply into the anomaly at issue, that's when things really gel.

Perfect examples are Stan Gordon's book, Silent Invasion (on a Bigfoot-UFO wave in Stan's home-state of Pennsylvania, in 1973), John Keel's The Mothman Prophecies (which does an excellent job of chronicling the high-strangeness at Point Pleasant, West Virginia in the 1960s), and Linda Godfrey's werewolf-themed The Beast of Bray Road - a place I have to visit, one day!

And there's another book to add to the list. It's the newly-published title from Nate Riddle: Lone Star Saucers: Searching for UFOs in Texas. Published by Schiffer Books, this is an excellent study of UFOs in Texas, one that should be read by anyone with an interest in significant UFO incidents, both modern and old. A native of Texas, Nate is someone I've met on a number of occasions (he interviewed me for the book, too), and who has extensively studied the history and lore of UFOs in the Lone Star State. 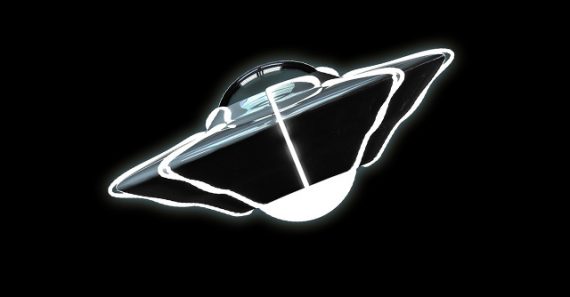 So, what does the book contain? Well, I'll tell you. First and foremost, there is the writing style. Rather than taking a bland, boring approach to his subject-matter, Nate writes his book in definitive road-trip style. Take, for example, the chapter in the book on the legendary UFO crash at Aurora, Texas (about a 45-minute-drive from where I live). Nate begins:

"My jeep's tires crunched the gravel beneath them on Cemetery Road as I made a U-turn and came to a stop...tree branches quietly shuddered above, providing just enough shade to drop the oppressive temperature a degree or two."

In other words, Lone Star Saucers is not just an examination of UFOs over Texas. It's also the personal story of one man's on-the-road quest to uncover the truth. And, the Aurora case is a fine place to start. A weird and highly controversial affair, it's focused on the reported 1897 crash of a UFO in town, the discovery of a significant amount of strange debris, and the claimed burial of the pummeled E.T., whose piloting skills were apparently severely under par.

Few people with a fascination for UFOs will forget the massive wave of UFO encounters that occurred in Stephenville, Texas in 2008. Countless eyewitnesses to a craft of massive proportions, sightings of military F-16 aircraft furiously pursuing the UFO, rumors of United Nations interest in the case, and a town plunged into states of excitement and wonder, are just the start of it.

Nate takes a road trip down to Stephenville to interview one of the main witnesses, a man named Steve Allen. His account makes for illuminating reading and demonstrates that whatever happened at Stephenville back in 2008, in terms of the UFO phenomenon, it was profound in the extreme. 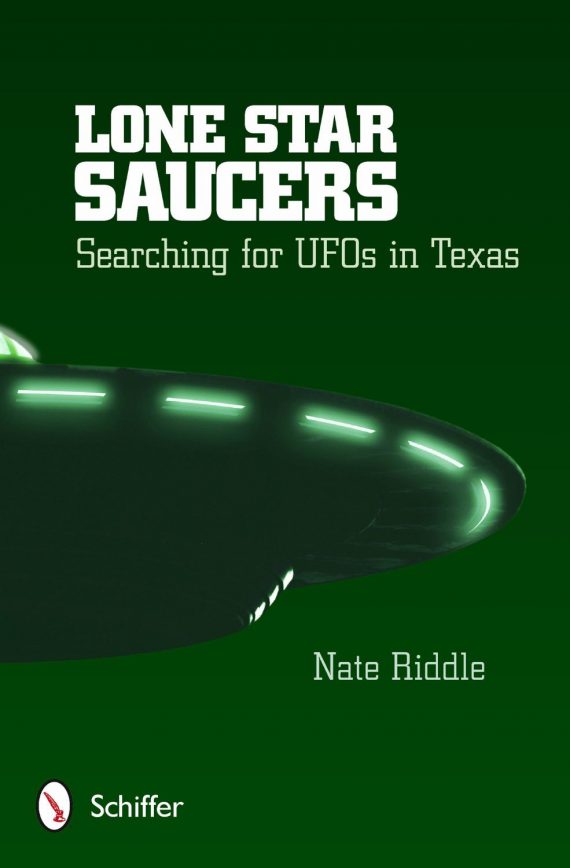 Lone Star Saucers also takes us back to the 1950s, a time when Texas and flying saucers crossed paths on more than a few occasions. A perfect case in point: the Lubbock Lights, which Nate tackles in a chapter that also focuses on the work of MUFON's Director of Research, Robert Powell - who Nate interviewed in Austin, Texas.

There is also a superb, very cool, and extremely revealing interview with Apollo astronaut Dr. Edgar Mitchell - who was born in Texas. During the Q&A, Mitchell discusses his thoughts on the theory that the deep UFO secrets are hidden by "a cabal...a global group" that is sitting on alien technology "for future purposes of profit." This chapter, alone, is well worth the price of the book.

Steve Hudgeons, the Texas State Director of MUFON, gives Nate a cool interview that covers how he got interested in the UFO controversy, some of the notable Texas-based cases he has investigated, liaising with eyewitnesses,  investigative techniques, and much more. Still on the matter of interviews, Sunny Williams - originally of Wichita Falls, Texas - talks about her research, findings, and personal encounters with the UFO phenomenon.

Add to that the Cash-Landrum event of December 1980, a great deal of humor, careful attention to detail,  and a wide and varied cast of characters, and you have a great book!

PS: There is also that interview with me (done in an Arlington, Texas Starbucks) , where you will find me talking about everything from George Adamski to the Men in Black, DMT and LSD to The Matrix, and alien abductions to Ouija-boards...