Shortly before the dawning of the 1960s, a historic document, with the title of Searching for Interstellar Communications, was prepared by Phillip Morrison and Giuseppe Conconi, a pair of physicists at Cornell University, and which was published within the prestigious pages of Nature. Its focus: the potential feasibility of seeking out alien life via high-powered microwaves.

It was a paper that received a great deal of interest, particularly so from a man named Frank Drake, who chose to turn the theories of Morrison and Conconi into reality at the Green Bank National Radio Astronomy Observatory, in West Virginia.

In October 1961, a conference of what became known as the Search for Extraterrestrial Intelligence (SETI) was held at Green Bank, and Drake proved to be the stand-out character, when he revealed to the audience what has famously become known as the Drake Equation – a theoretical means to try and determine the number of intelligent, alien cultures that might exist in the known universe. 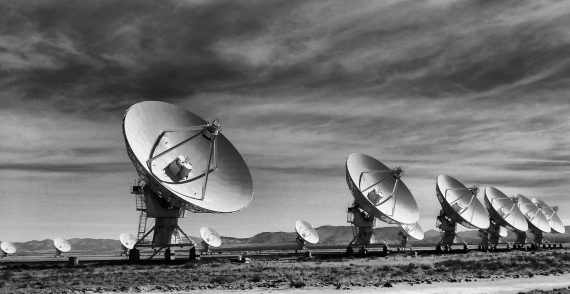 When Frank Drake chose to focus his work on a quest for extraterrestrial life, it was a decision that ultimately took him to none other than Puerto Rico and its now-famous Arecibo Radio Telescope, of which Drake ultimately rose to the rank of director.

All of which brings us to a new, breaking story just now shared with me by good friend Joshua P. Warren, who is currently on Puerto Rico.

Josh says: "An independent group of researchers in Puerto Rico believe they possibly made contact with 'beings from elsewhere' last Friday, August 15, 2014, 37th anniversary of the mysterious 'WOW! Signal' captured by SETI."

The "Arecibo Project," led by Joshua P. Warren, Director of the Bermuda Triangle Research Base, spent the day transmitting radio messages into outer space from Arecibo, Lajas, and other parts of the island, asking ET to appear around certain GPS coordinates as a live webcam streamed footage of the general location.

A variety of anomalies were captured on camera, including a "saucer-shaped object" that appeared and which then shot straight up into the sky, accompanied by a strange, high-pitched tone.

Warren's team compared that tone to the famed WOW! Signal, and say it is so similar they think the UFO possibly sent this signal to them as a sign of successful communication.

"We believe the UFO may have sent us the same type of signal that came from space, and was recorded by SETI, 37 years ago," says Josh. He adds: "This was a complete surprise. Though it was picked up via a webcam microphone, and not a broad dish like SETI had, our analysis thus far has shown it is essentially a demodulated signal from the WOW! transmission turned into audio."

The message sent into space, an invitation for contact, was recorded by George Noory, host of "Coast to Coast AM" the largest overnight radio program in North America. 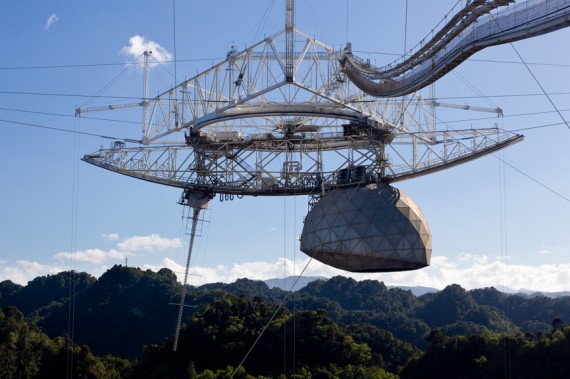 Live footage was being analyzed in Washington DC at the studio of filmmaker C. Eric Scott, while audio was being processed at a lab in North Carolina. The researchers are asking for others with expertise to analyze the UFO images and compare the audio themselves. Data is freely posted at: www.AreciboProject.com

When asked for his opinion of what the "beings" may be, Warren said:

"After my 7 years of research here, the accumulating evidence suggests we may be dealing with a new form of life in Puerto Rico. Sometimes huge, and sometimes small drones, I believe these beings could be a highly-advanced, extremely sleek and efficient organic/electronic hybrid. They have probably evolved much longer than humans, and are now capable of inter-stellar and inter-dimensional travel, seeming to pop in and out of our visible dimensions almost instantly.

"Hundreds of years of native lore, combined with our modern research, indicate they might be sensitive to human thought, often engaging in contact when a highly-focused human, or group of humans, telepathically projects a desire to interact with them. We don't know their ultimate agenda, but if it were detrimental to humans, we'd likely have been harmed by now."

Canadian UFO May Be a Meteor But Second Object Unidentified