Astronomers Look at a Zombie

As we look up into the night sky, it might seem difficult for us to comprehend that what we are staring at had a beginning. Stars were created, lived, in their own way “breathed”, and one day died. What is for us a long lifespan of 100 years is for them a blink of an eye. Billions of years add up to the lifespan of a star.

When a star dies, usually one of two things happen: the energy of the star becomes used up, and gradually shrinks into what is known as a white dwarf star, until ultimately fading into nothing, the other option is for the star to go supernova. Where the nuclear reactions happening within the dying star gets away from itself, leading to a chain reaction of destruction. Supernovas constitute the largest stellar explosion scientists have ever observed. Obliterating not only the dying star, supernovas also destabilize the gravitational compass for the whole region, leading to even more destruction. 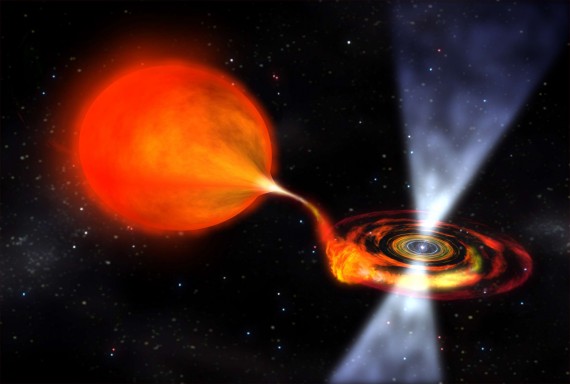 But now scientists have something new to ponder: the existence of a Zombie star.

Recent images from the Hubble Space Telescope seem to show a small star in a place where there shouldn’t be. A star that is continuing to exist in a region long after it should have died.

The images also offer new insight into an elusive type of supernova known as Type Iax, and the possible origin of one of the most destructive forces in the galaxy!

Within the category of supernovas, there are many different variations: some big, some not so big. Some take up one star, others require two.

The most common types of supernovas are Type Ia, the big ones that we see in Star Trek, but recently, scientists have observed a new version: Type Iax, the weaker of the two. First coined in 2013, researchers had compiled 30 examples of fainter supernovas, which did not always completely destroy the white dwarf star.

One such “weaker” supernova was observed in the Lick Observatory Supernova Search in January of 2012. Scientists were given the rare opportunity of observing the supernova, dubbed SN 2012Z, before the event, and after. What they discovered was perplexing to say the least.

"I was very surprised to see anything at the location of the supernova. We expected the progenitor system would be too faint to see, like in previous searches for normal Type Ia supernova progenitors. It is exciting when nature surprises us," Said Curtis McCully, a graduate student at Rutgers University, who was part of the team to make the discovery.

While sharpening the pre-explosion and post-explosion images from the site of the supernova, located in the NGC 1309 galaxy which is 110 million light-years away, the team noticed a peculiar object located where there really shouldn’t have been one. 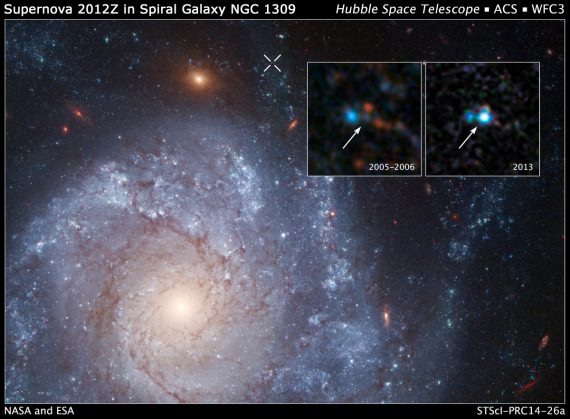 Comparing the colors of the objects, in conjunction with computer simulations to try and determine a possible solution, the team concluded that what they were staring at was the light of a star that had lost its outer hydrogen envelope, leaving only its helium core.

Astronomers identified this as a blue companion star that was feeding energy to a nearby white dwarf. This act of “vampirism” on the part of the white dwarf is thought to be the trigger, which ignited the white dwarf star into a weak supernova. Having sucked the life energy out of its neighbor, the white dwarf was destroyed.

The life cycle of these two stars could have gone something like this. Within this binary star system, there existed a seesaw effect of energy transfer between two nearby stars. Two stars existed, one large, one small. The more massive star evolved and grew quickly, gradually dumping its hydrogen and helium onto the smaller star. The quickly evolving star quickly ran towards its end and became a white dwarf star. Time went on, and the smaller star grew and eventually engulfed the white dwarf star. The outer layers of this combined star were ejected, leaving behind the white dwarf, and the helium core of the companion star. The white dwarf fed off the energy and matter from the companion star, until it went supernova, leaving behind the surviving companion star, having lost most of its life force, and becoming what scientists are calling Zombie Star.

Not really alive, not really dead…

The astronomer’s findings were published in the latest issue of Nature, and the team hopes to utilize new images from the Hubble telescope in 2015 to further their study into this phenomenon.