Could there be life on the Moon? Whether or not the lunar surface is conducive to the appearance and sustenance of indigenous life forms, many have questioned whether there could be extra-lunar visitors who may have utilized Earth's barren satellite for their advantage.

International Business Times recently featured a discussion of the claims of Scott Waring, a researcher who utilizes Google Moon to scour the lunar surface for anomalies. At the coordinates 19°43'02.81" N and 20°30'52.97" E, a dark area that appears in photos supports further evidence of a lunar base which, Waring suggests, may be inhabited by aliens.

"On the back side alone there is seven to eight right angles. The darkness around the edges seems to tell us that there is a large cavity underneath the structure, under the ground and also along the edges here there is a walled area which tells us there is a cavity there because the wall is to keep things from falling in."

While such claims often allege the existence of alien visitors on the moon (as suggested by Waring), some proponents of "Moon Base" theories place the origin of the lunar bases much closer to home; Earth, to be specific. 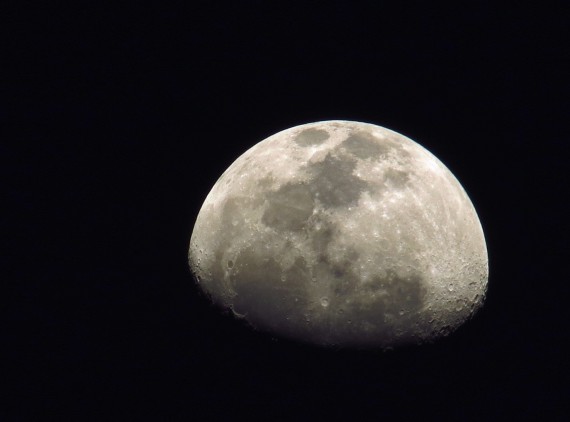 The idea of alien moon bases has remained ever-present in our culture, following the realization that Earth's extremities might serve as strategic points of advantage following the Second World War. This logic had been, in part, the impetus behind the Nazi interest in exploring Antarctica, along with subsequent exploration carried out by Admiral Richard E. Byrd during what became the ill-fated Operation Highjump, during which cryptic statements Byrd made were misconstrued by media and fringe researchers over time, which has contributed to rumors that he discovered a Nazi base while he was there.

Taking things one step further, conspiracy theories surrounding Nazi travel to the lunar surface, as well as similar ideas about plans for lunar bases that would utilize the Moon's off-planet location for Star Wars-style strategic advantages during wartime have filled the pages of fringe history books, as well as movies including the campy Iron Sky, which played with the idea that after World War II, a faction of Nazis had escaped and gone into hiding on the far side of the Moon.

There is some legitimacy to claims about world governments seeking to put men on the Moon on a semi-permanent basis. At the website of the National Security Archive, documents recently disclosed dating back to the late 1950s reveal that the United States had even toyed with the idea; specifically two Army and Air Force studies that occurred between 1959 and 1961 that specifically probed the possibility of whether a military lunar base could be created, with intention of using such a facility for Earth and space surveillance, in addition to a project called the Lunar Based Earth Bombardment System. 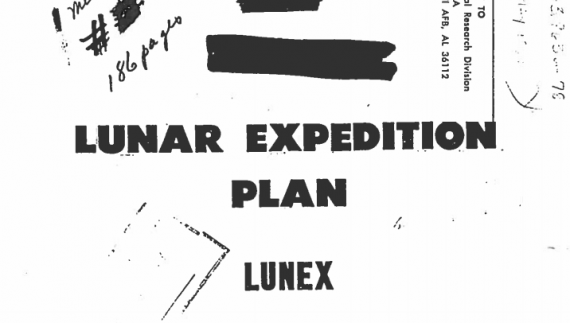 Still, based on our best assessment of these studies, the plan was never enacted to anyone's knowledge, although some continue to speculate about the construction of an off-planet military base of some sort which may have been carried in secret. Looking ahead, other newly-released files suggest that Russia has expressed interest in having a lunar colony by the 2030, as reported by the Daily Mail earlier this year.

So far, photos from various lunar fly-bys provided to the public have yielded little evidence of any existing structures--whether man-made, or alien--that might be present on the Moon. Still, this hasn't prevented many from claiming that NASA is involved in a far-reaching "conspiracy" to airbrush objects out of some images, while strangely skipping over others that purport to show manufactured structures. However, the truth is that we can't blame NASA for every purported "cover-up", since they aren't even the ones responsible for many of the photos that appear on Google Moon.

This was the case with the images that Waring interpreted as displaying a structure on the Lunar surface, which were taken by the Japanese Space Agency's Kaguya (Selene) spacecraft. Kaguya, which consisted of an orbiting satellite paired with two smaller relay satellites, launched from the Tanegashima Space Center on September 14, 2007, and remained in orbit until June 10, 2009, when it impacted on the south-eastern region of Earth's near side.

As for what the object actually may be, the anomaly in the images is believed to be a result of pixelation from sharpening filters in the software used by Google, which is capable of inadvertently creating distortions in parts of images where the contrast between light and dark areas is greatest (a process similar to this was recently confirmed for me independently by a photo analyst who, while requesting anonymity, has worked with engineering projects in relation to the U.S. Space Program in the past).

Digital artifacts aren't the only cause behind various lunar anomalies, however. For further analysis of how objects on the moon can appear to present structures that are actually tricks of light and contrast, visit this link where image analyst Marc D'Antonio gives a breakdown of how he utilizes scale-models of the lunar surface to recreate supposed "structures", showing the way that in many cases the obvious presence of a natural feature of the lunar landscape can be easily misinterpreted.

Was The Norwalk Cat An ABC Or Just A Big Canine?