Cryptids of the Caribbean Part 3: Hispaniola

Our tour moves to Hispaniola, an island shared by two nations, Haiti on the western portion of the island, and The Dominican Republic on the eastern side. A diverse land of thick, lush jungles, pine forests, dry forests, and grasslands, Hispaniola is a mostly pristine and ecologically diverse land that is home to several types of alleged mystery animals.

To read Part 1 and Part 2 of this series on Caribbean mystery animals, click these links!

One of the more interesting and plausible unknown animals sighted here is one that is known to have at one time existed, the Caribbean monk seal. Thought to be extinct since 1952, the monk seal once inhabited parts of the West Indies, including Hispaniola. It was a large, robust seal that could grow up to 2.4 meters (8 feet) in length and weigh up to 270 kg (600 pounds). With their broad, extended muzzles, the monk seals had an unmistakeable and unique face. The Caribbean monk seal was eventually hunted to extinction for their blubber, their docile and unaggressive nature speeding along their doom.

Although officially put on the endangered species list in 1967, it was too little too late, as the last confirmed sighting of a Caribbean monk seal was in 1952 between Jamaica and Nicaragua. After decades of no more official sightings, as well as several expeditions mounted to search for surviving specimens that failed to turn up any trace of the animals, the Caribben monk seal was officially declared extinct in 2008. Regardless of this, fishermen and divers in Haiti and Jamaica have consistently and regularly reported seeing the monks seals to this day. Several zoological surveys carried out over the years since the official extinction date to look for evidence of the seals's possible continued existence have come up short.

Moving inland, the forests of eastern Haiti, as well parts of Jamaica, are said to harbor what is known as the Caribbean Crowing Snake. The snake is reportedly around 4 feet long with a thick, ochre colored body covered in dark spots, and some reports make mention of a tail tipped in a feathered tuft. The Crowing Snake is said to have a red crest and wattles just like a rooster.  It is most well known for its distinctive vocalizations, as it is said to crow like a rooster. 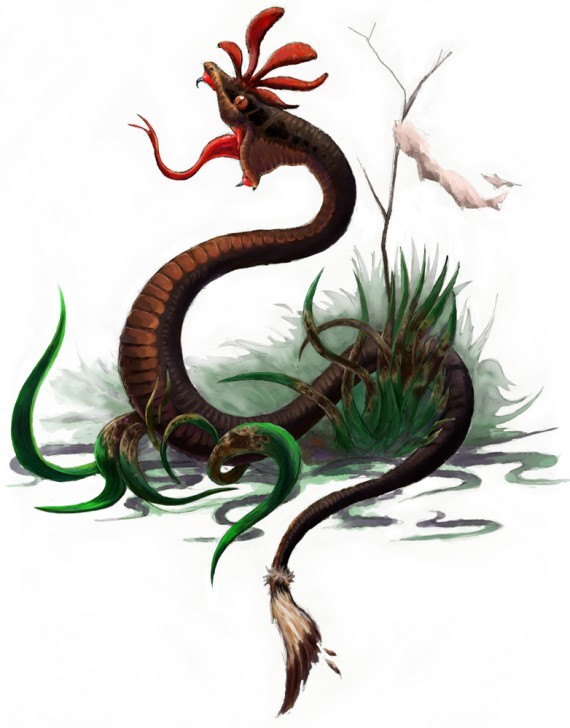 The snake is said to aggressively eat chickens, and islanders will often blame missing chickens on the Crowing Snake. Although considered by many to be mere local folklore, many islanders in Haiti will insist that the creature is real and there have even been historical cases of Crowing Snakes being killed. The partially decomposed body of a possible Crowing Snake was allegedly examined by a doctor in Jamaica in 1829. The dead snake had waddles like a rooster, a feature not known on typical snakes. In another case, one of the creatures was apparently shot and killed in 1850, again in Jamaica.

The snake is sighted from time to time even to this day, although most often it is heard rather than seen.

The seas of Hispaniola are the source of some historical accounts of mermaids. Christopher Columbus himself allegedly sighted mermaids on two separate occasions here. In 1493, while sailing near the shores of the Dominican Republic, Columbus sighted three mermaids cavorting in the water. He claimed that they "rose out of the sea" and that he had a good look at them. Columbus described the creatures in the ship's log thus:

In a bight at the coast of Hispaniola, I saw three sirens which rose well out of the sea; but they are not so beautiful as they are said to be, for their faces had some masculine traits. The Admiral says that he had seen some, at other times, on the coast of Guinea

It is thought that Columbus perhaps sighted manatees, which in his tired state misidentified as mermaids. This theory is further supported by the fact that his diary and log entries tended to be sloppy and it is thought that perhaps his vision had been failing him slightly by this time. However, a seasoned explorer such as Columbus perhaps would not be so quick to misidentify a very un-mermaid-like animal like a manatee as an actual mermaid and then even upon reflection later go on to assert that this is what he had seen. In addition, manatees were most likely a rather common sight at the time, so why would Columbus and this occasion suddenly insist that manatees were mermaids? It seems more  likely that if the intrepid explorer had seen manatees, then he would have likely reported them as precisely that; manatees, or not even bothered to report it at all. Regardless, since again the entry is not vey detailed, it is not clear just what Columbus saw in the waters of the Caribbean all those years ago.

In addition to sightings of purported mermaids made by Columbus, the English explorer John Smith also claimed to have seen a mermaid in these waters in 1614. In the case of Smith's mermaid, the creature was apparently easier on the eyes. Smith wrote:

"Her long green hair imparted to her an original character by no means unattractive. Begun to experience the first effects of love."

The Caribbean in general has a rich history of mermaids. The English pirate Blackbeard and his crew reported seeing mermaids on numerous occasions in Caribbean waters, and considered them to be omens of bad luck and misfortune. Blackbeard was so wary of merfolk and mermaids that he was known to order his crew to steer clear of charted areas where they were thought to exist.

Mermaids also feature heavily in many folkloric traditions of the Caribbean, and Haiti itself has mythical merfolk that live in rivers and are called "river maidens."

The remote mountains of Bahoruco, Dominican Republic, have long been said to be the haunt of a race of mysterious hominids known locally as Los Biembiens.

The creatures are said to be short, ape-like creatures, about the size of a small child and with ugly or deformed bodies. The creatures are said to live in trees and to be extremely agile climbers. They are reported as being nocturnal, hiding during the day and coming out to hunt at dusk mostly alone, but sometimes in groups. Los Biembiens are not known to wear clothing and are said to communicate with series of guttural grunts. They are said to be highly aggressive and unfriendly, not hesitating to attack those who trespass into their territory. They have been allegedly known to attack, kill, and eat humans, with human entrails being their favorite part. 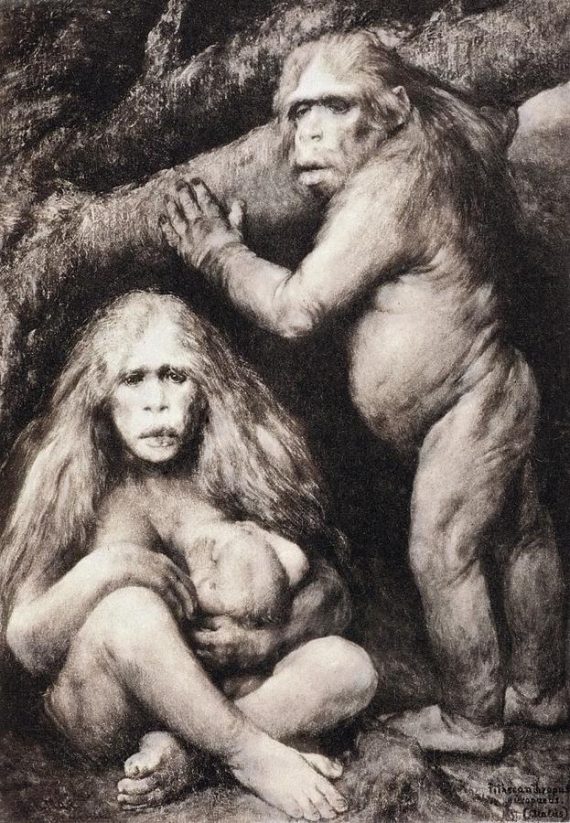 Perhaps the strangest feature of Los Biembiens is their tracks, which purportedly face backwards in order to hide their movements and keep from being discovered. Folkloric accounts of the creatures say that in the 1700s, an African slave and some Indians ran away from their masters and retreated into the mountains, where they lived far from civilization. After many ears of this, they then became feral and slowly transformed into beast-like creatures.

Despite the mythical aspects of this legend, Los Biembiens are said to be very real by locals, and there are occasional sightings of the creatures reported from the area.

And now we depart from the mysterious lands of Hispaniola to other enigmas of the Caribbean. What strange creatures will we find next? Join us on the continuation of our mystery tour coming soon.

The Tick That Turns Carnivores Into Herbivores