Did Toothpaste Come From Outer Space?

Your dental hygienist looks at your teeth with disgust and tells you to brush with a toothpaste loaded with it. Four-out-of-five dentists say don’t chew gum without it. Some people want the government to stop putting it in our water. Who can we blame for the problems caused by this thing called fluorine, from which the controversial “fluoride” comes from? There’s new evidence it came from deep space, cast off by stars similar to our sun that died billions of years ago.

Fluorine is the chemical element F in the number 9 position on the Periodic Table and the 24th most abundant element in the universe. Fluoride is a compound of fluorine and often bonded with a salt like sodium fluoride, which is the controversial cavity-fighting additive in toothpaste and municipal water supplies.

So where exactly did this fluorine come from? Astronomers from Sweden, Ireland and the US have recently confirmed speculation that it originated billions of years ago from dying stars similar to the sun but heavier. Elements in a star emit unique wavelengths. To study dying stars at various points in history, they used a telescope in Hawaii with a newly-developed capability to measure infrared light with high resolution.

According to their report in The Astrophysical Journal, fluorine forms near the end of a star’s life, the red giant phase. It moves to the outer part of the star and eventually breaks off and mixes with the interstellar medium – the gas surrounding and in-between  stars. The interstellar medium forms new planets and stars and, over billions of years, the process keeps repeating. One or more of those dying stars sent its fluorine to Earth where it eventually ended up in a tube on your sink … what an inglorious ending. 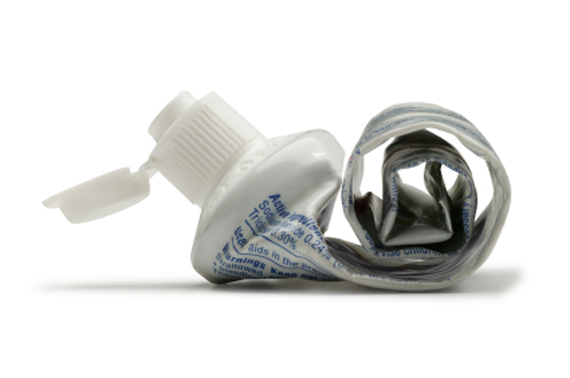 Does this mean that aliens living closer to these red giants will have better teeth than we do? Will they fight to keep their government from putting it in their water or ammonia or whatever is in their lakes? And where does floss come from? I don’t want to meet any visitors from THAT galaxy.

The Walking Dead of China