Does Gravity Hold the Key to Proving Existence of Parallel Worlds?

Parallel dimensions and other worlds have long been supposed to exist alongside our own. Their presence beyond the periphery of our observable reality have been explored in science fiction, as well as the theories of physicists who search for evidence of them in the quantum minutiae of our universe.

String Theory and similar related theoretical models have approached the idea from the realm of speculative science, but a constant burden comes with attempting to prove the existence of worlds like ours, which may indeed be "real" as you or I, but not within the same immediate space-time bubble as that in which we reside.

To date, perhaps some of the best evidence for parallel worlds actually arrives courtesy of an enigmatic oddity within deep-space, careening toward the Milky Way at an incredible 200,000 miles per hour. Though it's more than 2 million light years away, the Andromeda galaxy, as observed by astronomers, appears to engage in anomalous behavior which, at times, suggests a strange gravitational phenomenon. Specifically, gravity that could be draining from another universe, as yet invisible to us, could be the impetus behind such anomalous phenomena in deep space.

The general theories of the nature of our universe contend that, in likelihood, our three dimensions of space and the dimensional time component may only be relative to us in this dimension; if, however, gravity persists throughout other (or all) dimensions, the key to discovering universes parallel to our own may lay in discovering ways gravity, being the common thread between us, can be manipulated. 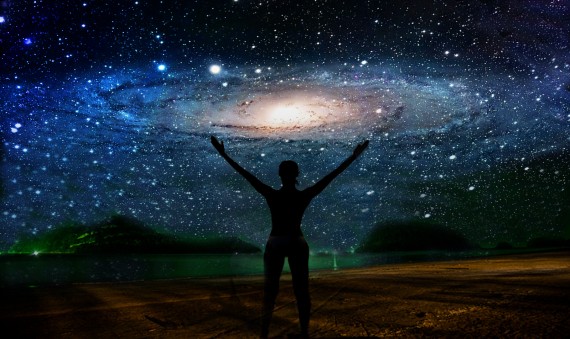 But further exciting possibilities may await us with the manipulation of gravity just as well... for if gravity manipulation could prove that parallel worlds exist, it may also allow us to interact with those worlds.

Back in 2011, physicist Brian Greene, author of the book The Elegant Universe, says that "if space goes on infinitely," Green says, "then the math shows that there would be other versions of us out there in the cosmos."

"Some of the mathematics suggests this strange possibility, that there are other universes," Greene says. "We won't believe it though until there's experimental proof. Observational evidence, that is critical." (You can hear more of his thoughts on this here.)

And indeed, that observational evidence will be what eventually secures for us a new understanding of space and the cosmos, as well as other versions of space-time that might exist beyond our physical known reality.

Taking the discussion into a purely speculative realm, during a recent appearance on the late-night radio program Coast to Coast AM, information scientist and astronomer Jacques Vallee was interviewed by journalist George Knapp, in a conversation where Vallee discussed a meeting among experts from around the world in space, astronomy, computer science, and other disciplines, held by the French space program, CNES. The discussion, which was not open to the public, dealt with Unexplained Aerospace Phenomena, the term most often used overseas in relation to UFO studies.

"In 1977, the CNES Director General set up a unit to record witness accounts of supposedly abnormal phenomena observed in the sky, commonly known as UFOs (unidentified flying objects). In fact, there is a perfectly normal explanation for the vast majority of “sightings”, such as the Moon rising, unusual clouds or space debris re-entering the atmosphere. They are simply misinterpreted by those who see them. However, some of the 1,600 reported sightings in GEIPAN’s files remain a mystery. These are what it calls “type D” aerospace phenomena, that is, they cannot be explained despite precise witness accounts and good-quality evidence recovered from the scene."

Does it "degrade" the discussion of other universes and parallel worlds to bring certain unexplained aerospace phenomena into question in relation to this? After all, the "type D" encounters, constituting roughly 28% of the total "anomalous" phenomena observed by French researchers, present a significant number of cases which, even constituting a minority within that 33% figure, present us with data that is suggestive of some variety of intelligently controlled aircraft. To put it anecdotally for the sake of simplicity, often these phenomena appear to utilize a technology that seems to contradict known laws of gravity, as though capable of manipulating them. 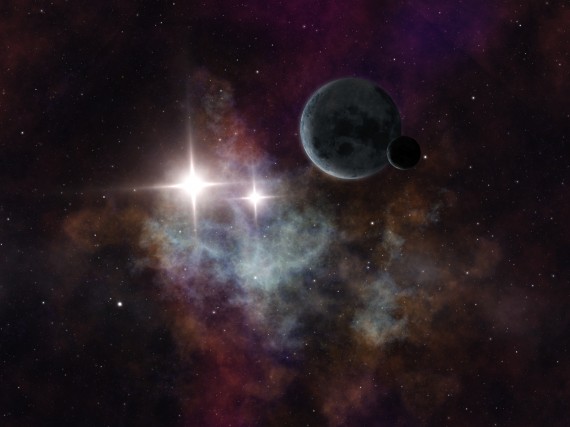 What if this minority of reliable, high-strangeness cases were indeed representative of something that had been innovated, somewhere, for use in advanced aeronautics... or could it be that the technology is purely something we might perceive and interpret as being technological aeronautical displays?

It has long been supposed that the UFO mystery represents visitation to Earth by extraterrestrial aircraft, though little or no hard evidence has been offered in support of this idea. Even the best evidence for the UFO phenomenon itself is almost purely anecdotal, but based on the number of government and civilian studies that have sought to determine whether a reality might exist behind a sporadic, infinitely complex, but observable phenomenon, the likelihood that at least a minority of cases do represent something existent and measurable would seem probable. What that phenomenon may be is yet to be determined; but in likelihood, our methods of studying and seeking to understand it have been too limited over the course of the last several decades.

As physicists continue to explore the nature of the universe, elsewhere, both physicists and aerospace engineers will no doubt continue working in the realms of gravity manipulation, perhaps at first for use in spaceflight, energy systems, or other advanced and revolutionary applications. But with time, beyond the immediate objectives, we may stumble onto far more with our explorations into the world of gravity, quantum mechanics, and the unseen worlds around us.

With any luck, we may discover a few hidden doorways, just as well.

Waking the Undead of Roswell