Every army does it. Whether it’s the first day of boot camp, a movement to battle or a parade before leaders to impress the masses and their enemies, soldiers march in unison. It has long been accepted that this synchronized stepping is a good way to teach obedience and instill discipline, but a new study has found that marching boosts morale and makes soldiers see their enemies as weak and less frightening.

Other than marching, we humans like to do things in unison, from religious services to line dancing to doing the wave at games. Come to think of it, so do animals like dolphins. 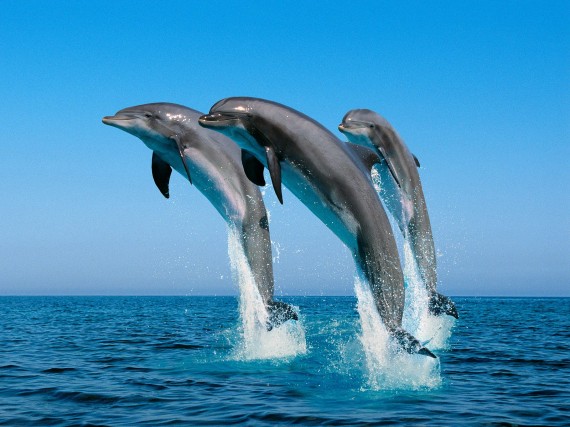 As reported in the current edition of Biology Letters, the study was part of an Air Force-funded project on how people make decisions during conflicts. Daniel Fessler, an evolutionary anthropologist at the University of California, Los Angeles, had 48 men walk in unison with another man and 48 walk but not in unison. After the walk, they were shown a photo of an angry mug shot of a criminal and asked how they felt about him. Those who walked synchronously judged the criminal to be smaller and weaker than them.

Sounds like marching is a good thing, right? The recent news stories out of Fergusen, Missouri, may suggest otherwise. With police departments getting more military equipment, their training has become more militarized as well. Fessler warns that this isn’t necessarily a good thing.

What you don't want to have happen is police training in formation, moving in formation and then confronting peaceful protesters with the mind-set, 'We can take these guys.'

When it comes to soldiers feeling better about themselves and superior to their enemy, a little marching goes a long way. Maybe Bill Murray was onto something.