If It’s Not a Mountain Lion, What Is It?

It’s been a week since a home surveillance camera in Norwalk, California, picked up a strange animal walking around and the identity of the beast and where it might be now are still in question.

On July 29, residents of a home in this suburb about 15 miles southeast of downtown Los Angeles saw this animal on their nightly surveillance video. At first glance, most viewers think it’s a mountain lion or cougar that possibly came from the San Gabriel Mountains, Norwalk is 20 miles from the mountains but a cat could have walked along the San Gabriel River bottom to get to there.

Game Warden Don Nelson visited the area after watching the video and doubts it’s a mountain lion or a cougar because of its short tail.

Lots of experts disagree with Nelson and each other. Craig Packer, a professor at the University of Minnesota's Lion Research Center, says it’s not a mountain lion or cougar but looks more like an African lion because it appears to have a mane. A San Diego Zoo spokeswoman couldn’t identify it and speculated it was "some kind of hybrid" cat. The executive director of Forever Wild Exotic Animal Sanctuary in Southern California thinks it could be a leopard.

No zoos, wildlife preserves or big cat owners have reported any missing animals so it could be an escaped pet. Or it might be the result of the mating of an escaped pet and a local cougar. Whatever it is, game and wildlife officials caution residents to stay away and contact the authorities if it’s spotted again.

Is Norfolk about to join Britain as a hotbed of alien big cats? Stay tuned. 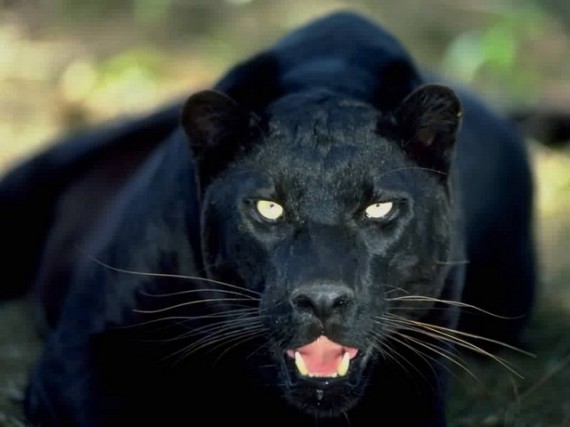 The Mysterious Real Zombies of Haiti