Whomever had stood here on November 29th in the year 711 A.D. is long forgotten to the passing centuries. An etching in stone commemorates the visit, which is merely one of many discovered among stones lining an ancient city site on the Yucatan Peninsula that has long been shrouded in mystery; as well as foliage dense enough to help ensure it's location would remain well-hidden.

Indeed, while the identity of this ancient traveler may forever remain a mystery, their indelible mark remains at a spot in the heart of the Mexican jungle that was once long-lost, and then rediscovered; but then curiously, it was lost again.

The Mayan ruins of Lagunita were first uncovered by American archaeologist and epigrapher Eric Von Euw in the 1970s, who was visiting the region of Campeche four decades ago. While there, he uncovered what appeared to be a massive stone facade--a huge doorway distinctive of such Mayan sites--but despite documenting the discovery, and even giving it a name, his description of where the site was discovered was poor enough that future attempts by archaeologists to return to the site had resulted in failure. Lost Lagunita, it seemed, had been lost all over again.

Fast forward some four decades to the present: only recently, a team of archaeologists led by researcher Ivan Sprajc have announced that the once-found and lost-again city has indeed been rediscovered, with the help of aerial photography of the region that provided helpful clues about Lagunita's possible whereabouts. But in addition to the rediscovery of Von Euw's lost city, remarkably, a second set of ruins was uncovered nearby. 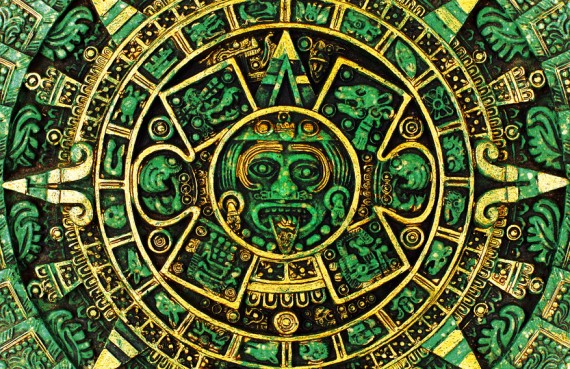 Dubbed Tamchen, a name borrowed from Mayan mythology, the second site very nearly mirrors the first location, from it's large chambers and ornate building structures, to a large pyramid that each location features. However, in addition to the aboveground structures, there are reportedly a number of hidden underground chambers at the Tamchen site, which indicate an elaborate system the builders had designed for purpose of collecting rainwater and storing it in cooler below-ground containment areas.

However, it is interesting to note that Mayan mythology entails that caves (which facades such as that found at the newly rediscovered Lagunita site are built to resemble) are entrances to a watery underworld. Caves in Mayan culture were also representative of the mother's womb, and hence, it might also be interpreted that the underground chambers found at Tamchen were somehow representative of fertility, the womb, and the Mayan traditions that associated each with an aqueous world that existed below ground.

While the exact age of these lost Mayan cities remains in question, it is believed that each location may have existed as far back as 300 B.C.; this would have made Lagunita 1000 years old already, at the time its "mystery traveler" would have left the 700-year-old etching discovered there recently.