New Evidence Challenges Out of Africa Theory – How Old is Humanity?

In the scientific world, nothing is certain.  It may seem like some, or even many scientists are staunchly certain about their work, but it’s important to remember that scientists are human, whereas science itself is impartial.  If the scientific community had all the answers, it wouldn't need to keep looking… at anything.  That’s kind of the point.

In all scientific fields of study there are, of course, many people working on different subfields, different ideas, and different theories.  But in each field there is always a standard theory, or model, or timeline, or what have you (we’ll call it a paradigm for brevity’s sake).  That standard paradigm makes up the foundation of the field.  Some fields have more than one, others have several, but they all rely on that foundation to proceed, as it lays out the fundamental principles for the field.

It’s always important to understand that standard paradigm.  After all, if you intend to solve a problem presented by it, or answer questions posed by it, you must know its principles very well.

Of course, in each and every scientific field of study, there are also competing paradigms.  In physics, string theory, which is the standard paradigm, is challenged often by a competing theory known as quantum loop gravity.  Both are, in this case, very complex, but also equally valid.  And as in most such cases, only one can actually be right.  Though it’s certainly no easy task to determine which it is.  Hence, theoretical physicists form camps around either paradigm, either supporting or undermining the competing paradigm as a part of their professional efforts. 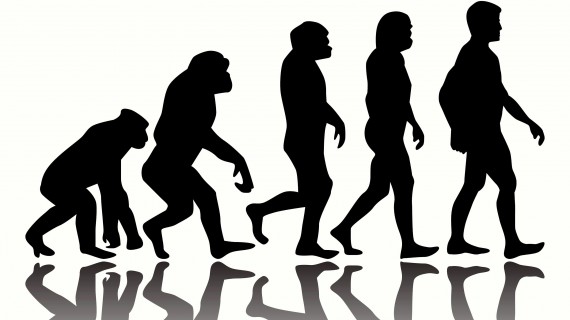 In other fields, the competing paradigms aren't nearly as successful as in physics, but they still exist, and they’re still just as valid as the standard paradigm of which they challenge.

Occasionally, efforts under one of those competing paradigms uncovers previously unknown evidence, offering the potential for it to overcome and supersede the standard paradigm.  You can imagine such a thing causes quite a stir in the scientific community, and it’s not difficult to understand that some in that community will be for such change, while others will be against it – and they will be passionate in their arguments in either direction.  This just further proves that scientists are human.

There are some fields where that stubborn support for different paradigms is unevenly distributed.  Paleoanthropology, for instance.  Most paleoanthropologists are strong supporters of the standard timeline of human development, known as the Out Of Africa Theory, which states, among other things, that humans originated on the African Savanna nearly 200,000 years ago, and that our migration from those plains into Asia and Europe happened roughly 60,000 years ago.  This standard timeline is supported by a veritable mountain of evidence.  Fossils, archaeological finds, genetic markers, et cetera, et cetera.  Of course, under that standard timeline there are many sub-theories, like the Savanna Pump Theory, which says that our migration from Africa happened several times over a period of several thousand years.  But most such theories work in support of the standard timeline… most.

There are, as mentioned, competing theories in every field, and paleoanthropology is no different.  Famous examples are the Aquatic Ape Theory, which is covered under a collection of theories called the Waterside Hypothesis.  There are others that are, shall we say, somewhat wild, but as also mentioned earlier, that makes them no less valid, they just may not be, or likely are not correct. 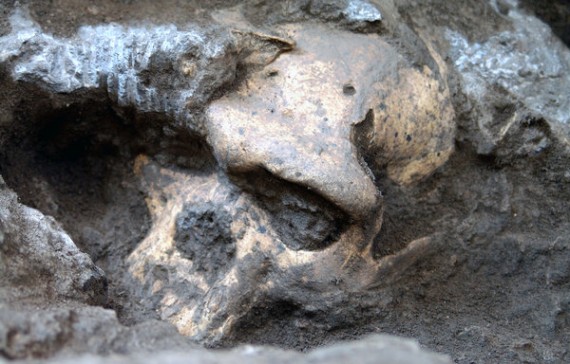 However, when one of those less-likely-to-be-correct theories gains new support through new evidence, it can be earth shattering.  Such cracking of the earth’s crust is poised to take place very soon in paleoanthropology.

Very recently, a columnist for the science magazine New Scientist, compiled a document highlighting new evidence from around the world that appears to strongly challenge the Out of Africa Theory.

Most of that evidence relates to fossil finds in China and Mesopotamia.  Namely teeth found in the Luna Cave in China’s Guangxi Zhuang region, which appear to be from an early homo-sapiens from 70,000 to 125,000 years ago.[1]  Also a partial jaw bone found in Israel’s Misliya cave that is believed to be greater than 150,000 years old.[2]

Now, such finds are interesting, but the nature of fossil analysis means that the conclusions being drawn from them are somewhat unreliable.  Such analysis is heavily dependent on interpretation and comparison to other specimens, which means we’ll never be certain of their meaning.

The most damning evidence though, is genetic analysis that was done by Dr. Katerina Harvatia, the director of paleoanthropology, and her team at the University of Tubingen in Germany.  Using the genomes of indigenous populations from south-east Asia, they used complex computer models to calculate that the first homo-sapiens exodus from Africa occurred more than 130,000 years ago.[3]  These models use complex calculations to determine how quickly the levels of genetic diversity in a population tapered off into the Common Era, and such conclusions are difficult to refute – though not impossible.

The Early Exodus Theory, as this is now being called, is still not widely accepted, as may not be surprising.  Much discussion and further analysis are needed to clarify some of the sticky points included in the new evidence, but it doesn't take an advanced doctorate to see how disruptive a confirmation of these findings would be to the paleoanthropological field.

Almost tangential to that disruption would be opportunities for researchers in other fields to advance their work, and that would bring about some truly paradigm shifting revelations.  Some time ago I brought you some commentary on what some believe is damning evidence against the standard paleoanthropological timeline from two different archaeological sites: Göbekli Tepe of Turkey and Gunung Padang in Indonesia (I provide a much more in-depth look at both sites in the upcoming annual Darklore publication from The Daily Grail Publishing, look for it soon).  These sites provide – admittedly questionable – evidence for advanced human cultures existing across Asia and Europe much earlier than the standard timeline allows.  If Harvatia’s findings, and the fossil evidence mentioned above, turn out to be correct, this would seem to open a door for researchers of these two sites.

Alternative history buffs and so-called conspiracy theorists will likely take to these findings with a furor, as not only do they often seek to bolster their own pet theories about our history through such news, but they also try to undermine the standard timeline or paradigm – and there’s nothing wrong with that.  But these findings are as yet premature.  They are promising, and deserve our attention, but it’s important to understand that these things don’t change overnight.

Is There Life on Io?