The Tick That Turns Carnivores Into Herbivores

I’m one of those people who has cut back on eating beef and pork, increased my intake of greens and learned to love tofu. But I’ve done it by choice – not just because my garden suddenly has an overabundance of zucchini. Or vegan-inducing ticks.

The Lone Star Tick (Amblyomma americanum), named for the barbecue-and-steak-loving state of Texas, has been known to cause an allergic reaction to meat in people who have been bitten by one. By allergic reaction, I mean hives, rashes, overheating and a tight throat the next time the infected person attempts to eat any kind of red meat, including beef, pork, venison, and rabbit. This might be acceptable to Texas haters if it were confined to the Lone Star State but the tick and its allergy-causing saliva has spread across the South and the Midwest and doctors and emergency rooms are reporting a sizable increase in cases. Dr. Erin McGintee, an allergy specialist in New York, says she’s seen nearly 200 cases over the last three years.

The allergy is caused by a blood sugar called alpha-gal which is present in many mammals and in red meat but not in humans. When the tick bites, the human immune system creates antibodies that stand ready to fight the alpha-gal the next time red meat is eaten. The reaction is slow and the symptoms don’t occur for up to eight hours after eating that juicy hamburger.

So far, it appears the allergy is permanent. Antihistamines and epinephrine can ease the symptoms but in most cases the reaction is severe enough to make the bitten party swear off red meat – damn you, Lone Star Tick!

The Centers for Disease Control and Prevention recommends using standard tick-prevention techniques like wearing long pants and avoiding the woods to keep from getting bitten by the Lone Star Tick. Or you can become a vegetarian. 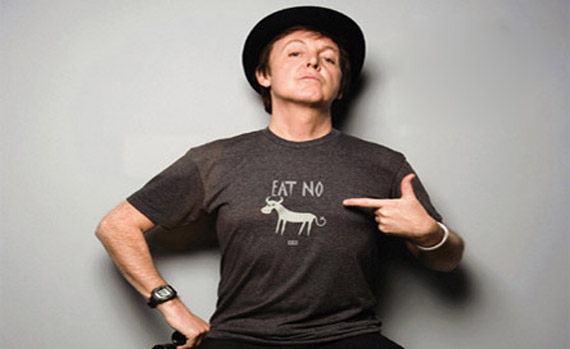