Your computer is running more slowly than usual, and everything loading on your browser seems to be working on a ten-second delay. You've closed programs, cleaned out old files you no longer need, run disk utilities cleanups, diagnostics, data packets, and just about everything else you can imagine. Then the anti-virus scanner window opens, and alerts you that virus definitions have been updated, system scans have completed, and your computer is no longer at risk.

Most of us recognize virus-thwarting software as a necessary evil; after all, how much does the cumbersome antivirus software running in the background actually contribute to the sluggish performance of your computer? But perhaps a more important question to ask is, "was your computer really at risk to begin with?"

According to many experts, the real risk of virus infection may be something that most anti-virus software wouldn't even be able to stop.

In March of 2012, Wired featured an interview with Jeremiah Grossman, an internet security expert and Chief Technology Officer at White Hat Security, who admitted that, despite his background working with security for web businesses that include Yahoo and other companies, he isn't a fan of using anti virus software. Furthermore, many of his pals in the business don't use it either:

As it turns out, many of his security-minded peers don't use it either. The reason: If someone is going to try and attack them, they're likely to use a new technique, one that most antivirus products will miss. "If you asked the average security expert whether they use antivirus or not," Grossman says "a significant proportion of them do not."

Dan Guido, also quoted in the article, stated that most of his colleagues felt the same, and that if they didn't work in areas of industry where their clients required it, "almost nobody in the security industry would run it."

Granted, not everyone in the industry would probably agree that antivirus software is essentially useless; but that doesn't mean it isn't costly, and that what customers pay for the services may not be of equal worth to the services rendered.

An assessment made in 2004 (that's right, a decade ago) at Net-Security.org had already made similar damning statements:

From press releases to interviews on television, radio, and newspapers, antivirus industry executives race to establish their companies and products as the most vigilant and capable on the market, an activity often made more amusing when backed by questionable, if not fabricated, statistics and predicted damage assessments (usually in the billions of dollars) from each outbreak -- and almost always followed by a pitch espousing the cost-effective security that only their products provide.

True, antivirus software may not necessarily be cost-effective, or effective in general. So is there a "conspiracy" to encourage you to buy and renew it? 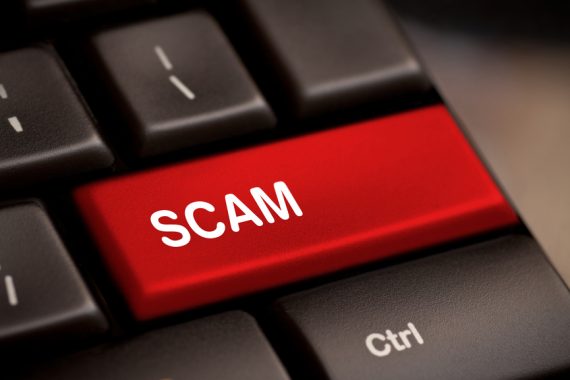 Well, perhaps no more than there is a conspiracy to get you to buy anything else... but this, in large part, is actually what has made the act of selling conspiracies so useful: if a product you sell offers a variety of "protection" from certain unsavory elements of existence (whether that be computer viruses, real viruses, or eventual attacks by militarized police forces as the coming global apocalypse eventually ensues), it seems that customers are more likely to buy into it.

One must note that those cashing in on "conspiracy culture", though more obvious, employ a very similar approach that has proven successful the antivirus software industry. While many experts in the field question it's effectiveness (as we've seen earlier), people continue to buy it if they are told it will offer a protection to their life and investments. And while antivirus software does often provide some protection (particularly warnings against fraudulent links in emails, malware defense, and the like), the services rendered often are preventative in nature; in other words, you pay for a sort of insurance against something that may be harmful on down the road... key term here being "may be," further employing the adherence to paranoia that seems to pervade Western culture.

Unfortunately, finding out whether antivirus software is right for you isn't something you can just consult your doctor about... but you can go read for yourself (here and here, for instance) and try to consider, at very least, whether it's as useful as you may have been led to believe. But rather than being taken as a criticism solely against AV software companies, the act of questioning what's going on around you--and recognizing the way that "conspiracy minded" culture succeeds in convincing you to purchase things you may not need--should be applied broadly.

If there really is a pervading "conspiracy" in our culture today, arguably it has more to do with the way that people can very easily persuaded to buy just about anything, and with little more required than simply having to be told to do so.

Did Toothpaste Come From Outer Space?