Ancient Charm Suggests Earliest Use of Magic in Christian Religion

In the old testament, the story of the Israelites wandering in the desert presents one of the most curious mysteries of the Christian Bible; the source of "manna," a miracle food that rained from the heavens and provided sustenance.

While often depicted as light-colored and scattered like sand or frost upon the ground, arriving with the dew in the morning, the description given in the book of Numbers described a substance actually more like that of bdellium, a dark-colored, aromatic gum extracted from trees in the Middle East.

Despite these biblical descriptions of manna, little else is know of it. However, a recent discovery held within the archives of the Library at John Rylands Research Institute in the UK suggests that it was the same substance as that which became the first holy Eucharist produced and given to the disciples at the famous Last Supper with Jesus Christ.

The discovery of a small charm has indeed garnered much attention, since the item, believed to be around 1,500-years-old, depicts a papyrus charm that has been described as the first known to discuss the Last Supper, and also to equate magic or superstition with it. 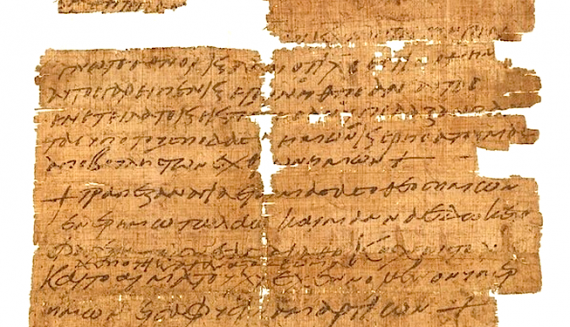 "Researchers uncovered the ancient papyrus, written in Greek and dated between 574 and 660 [AD]" reported Capital OTC earlier this week. The papyrus within the charm is believed to have come from Roman Egypt, and has been in the possession of the Institute since the turn of the last century.

Researcher Roberta Mazza rediscovered the item in a library vault only recently. “This is an important and unexpected finding as it is one of the first recorded documents to use magic in the Christian context, while the first charm ever found to refer to the Eucharist – the Last Supper – as the manna of the Old Testament”. Mazza is a Research Fellow at the Institute.

The idea that magic and mysticism can be equated with Christianity is an idea that, for many, seems contradictory. But by definition alone, the implementation of things such as sacraments, which include blessings and rituals such as marriage, holy unction (the blessing with sacred oil), and other activities certainly invoke ritual processes familiar to those with interest in magic. In her book Mysticism, author Edith Underhill wrote extensively on the mystical beliefs among Christians, which could very easily equate to a "magical" world of its own, in comparison with other ritual traditions around the world.

Whether or not it is overtly acknowledged as such, modern Christianity certainly maintains many of the primary components that could allow us to make such comparisons; namely that of prayer, and belief in its healing power as wrought by a merciful creator of all existence. And although it is aged by some 1500 years, the papyrus charm newly rediscovered at John Rylands Research Institute in the UK signifies the earliest known instance of such superstitions being observed in conjunction with a physical token of some kind; comparable to modern charms bearing Saint Christopher carrying Christ across the river on his back (these are often worn as protection for travelers), or even the holy cross itself, the very likeness of Jesus' crucifixion at Golgotha, as described in the New Testament. 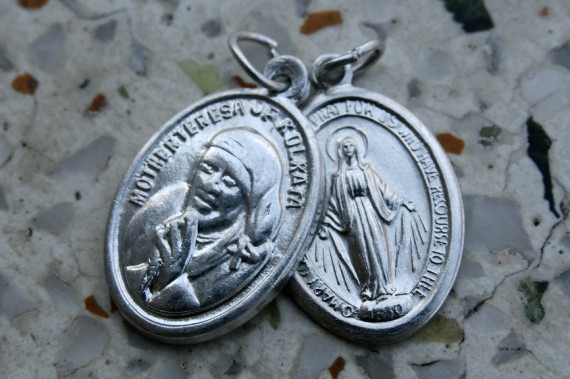 Interestingly, the charm is complete with its own varieties of typos, which according to Mazza, may indicate that the quoted scriptures were taken from memory, rather than an actual transcription. So what, if anything, might this mean for manna (which, in addition to being mentioned on the charm, bears something of a resemblance to its discoverer's name, interestingly enough)? Perhaps, if anything, the interpretation of bread broken at the Last Supper and manna being one and of the same is purely that; an interpretation, made from memory by a common individual who wore the charm for protection, and as a statement on their faith.

"The amulet maker clearly knew the Bible, but made lots of mistakes," says Mazza, who believes it is evidence that early Christians weren't only elites, but were ordinary people, too... perhaps the likes of which would inscribe scriptures on homemade charms, errors and all.