If there is one thing that can be said with any degree of certainty about Bigfoot, it's that it has an undeniable "here one minute, and gone the next minute" aspect to it. Of course, those who (unlike me) adhere to the idea that Bigfoot is a purely flesh and blood animal suggest the creature is simply an incredibly stealthy one - most of the time, at least.

It's a theory that will likely provoke intrigue, interest, anger, and wonder - to varying degrees and depending on one's personal views on what Bigfoot is or is not.

In a 2012 interview with me, Coghlan said: “It’s now becoming acceptable in physics to say there are alternative universes."

The subject is far from one lacking in mysteries and questions, however, as Coghlan openly acknowledges: “Now, how do you get into, or out of, alternative universes? Well, the answer is quite simple: You have heard of worm-holes, I’m sure? No-one has ever seen a worm-hole, I hasten to add.

"They are hypothetical, but mainstream physicists say they could be there, and there’s one particular type called the Lorentzian Traversable Wormhole. Physicists admit there is a possibility that this exists, and it would be like a short-cut, from one universe to another. 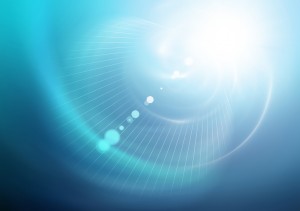 Turning his attentions towards the links between worm-holes and bizarre beasts, such as the aforementioned Bigfoot, Coghlan comments that: “If there are any of these worm-holes on Earth, it would be quite easy for anything to come through, like a Bigfoot, and it’s quite possible any number of anomalous creatures could find their way through from time to time.

"You remember John Keel and his window-areas? That would tend to indicate there’s a worm-hole in the vicinity; such as Point Pleasant, West Virginia, where the Mothman was seen.

“Now, the other one isn’t cutting-edge physics at all. It’s my own little theory.

"I think, looking at a great many legends, folk-tales, and things of that nature, it is possible to vibrate at different rates. And if you vibrate at a different rate, you are not seen. You are not tangible. And, then, when your vibration changes, you are seen, and you are tangible. Maybe that this has something to do with Bigfoot appearing and disappearing in a strange fashion.

“And, on the question of UFOs: Quite a large number of Bigfoot-type creatures have been seen in the vicinity of UFOs.

Food for thought, to say the very least...

You Don’t Know Jack: The 7 Most Ridiculous Ripper Suspects Ever