Doctor Bees Give Sick Cherry Trees a Shot in the Branch

You’ve got to hand it to bees. Despite humans stealing their honey and causing colony collapse disorder with our overzealous use of pesticides, bees are still willing to help us out when we need them. A good example of this is happening in Australian cherry orchards where “flying doctor” bees are being used for the first time as doctors to deliver a shot of disease control to sick cheery blossoms.

The disease is brown rot which is caused by a fungus and can cost Australian cherry growers a fortune in fungicides and crop losses. University of Adelaide researchers and the Cherry Growers Association of South Australia recently teamed up to try entomovectoring, a process which involves using bees to deliver a biological control agent to the flowers of infected plants. In this case, the biological agent is a parasitic fungus that impedes the brown rot fungus from taking hold. 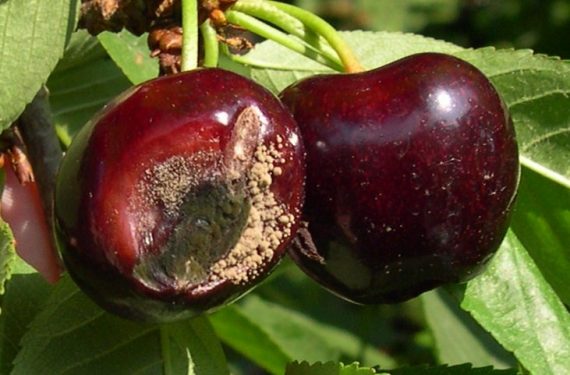 It’s a simple process. A cherry farmer puts parasitic fungus spores in a dispenser connected to the hive. The bees pick up the spores as they fly out and drop them in the cherry flowers as they land, where they do their job.

This so-called “flying doctors” delivery system has been used successfully in Europe on other plants, but this is the first time in Australia and the first time anywhere on cherries, says Dr. Katja Hogendoorn, project leader and bee researcher at the University's School of Agriculture, Food and Wine. She describes the many benefits of bees over spraying fungicides:

The bees deliver control on target, every day. There is no spray drift or run-off into the environment, less use of heavy equipment, water, labor and fuel.

As more biological control agents are discovered, the use of entomovectoring will expand to fight diseases infecting many other fruit crops that depend on bee pollination.

It’s time we follow the advice of Saint Francis de Sales and treat our bees the way they treat our flowers.

The bee collects honey from flowers in such a way as to do the least damage or destruction to them, and he leaves them whole, undamaged and fresh, just as he found them.

Veggies Getting Drugged From Treated Wastewater