Is This the First Step to a Vulcan Mind Meld?

My mind to your mind. My thoughts to your thoughts. Hey, did you see that kitten video?

What would Spock think of this news? For the first time ever, researchers successfully transmitted a message from one person’s brain to another using non-invasive connections. Not only that, the persons were 5,000 miles apart and the communications took place over … you guessed it … the Internet.

A team of scientists from Beth Israel Deaconess Medical Center, Starlab Barcelona in Spain, and Axilum Robotics in France started with a system that had been used before. Electrodes were attached to a person’s scalp and comp0uter recorded and interpreted electrical currents in their brain. Up until now, these impulses would then be used to control a device, like a robotic arm.

This time, the signals were sent to another person’s brain. A computer-brain interface used robot-assisted, image-guided transcranial magnetic stimulation to feed the message to three receiver’s brains. They experienced the signals as numerical sequences of light flashes in their peripheral vision. To prove the receivers were not getting any outside physical, visual or auditory help, all sensory input was blocked.

To show that this could be a sophisticated and really expensive replacement for instant messaging or Skype, the communication was conducted over the Internet. A sender in India thought the words “hola” and “ciao.” The electrodes picked up the signals, the computer translated them to binary and sent the message to France where the receiving computer translated the message into brain stimulations and the receivers successfully repeated the words. A second experiment between subjects in Spain and France had an error rate of 15 percent. 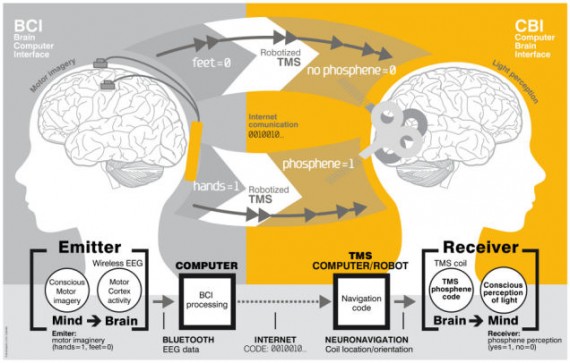 In their report in the journal PLOS, co-author Alvaro Pascual-Leone explains the significance of thought transmissions.

This in itself is a remarkable step in human communication, but being able to do so across a distance of thousands of miles is a critically important proof-of-principle for the development of brain-to-brain communications. We believe these experiments represent an important first step in exploring the feasibility of complementing or bypassing traditional language-based or motor-based communication.

Forget the mind meld. If you ask me, I’d get more use out of the Vulcan neck pinch. 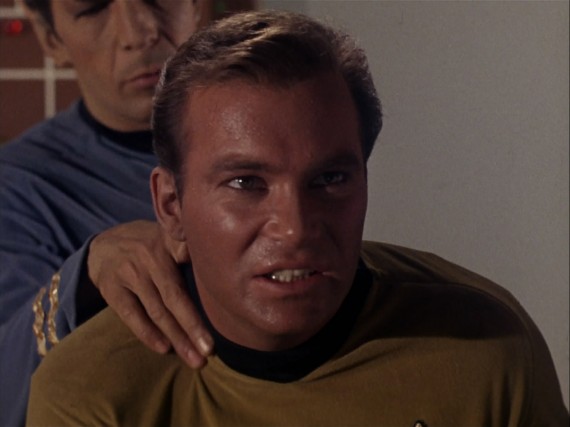 Bees Give This Honey a Psychedelic Buzz