A threat is growing. I see it in newspaper headlines scattered across months. One here, one there. Not enough news to strike the alarm bells just yet, but the danger is coming. That danger is robots.

Ever since the Soviet Union deployed remote-controlled tanks (the TT-26 teletank) in World War II, the thought of robotic weapons rolling through enemy territory mowing down everything they see has gotten generals a bit drunk. The United States Army predicts that one quarter of its military force will be replaced by combat robots by 2030.

Are you following me here? Robots. Robots with guns.

In the real world, the United States Department of Defense’s DARPA (Defense Advanced Research Projects Agency) is trying to build just that. It’s offering a $2 million prize in the Cyber Grand Challenge to the person or persons who develop the same type of system that, in director James Cameron’s world, saw humanity as a threat and began wiping us off the planet. Don’t these people watch movies? 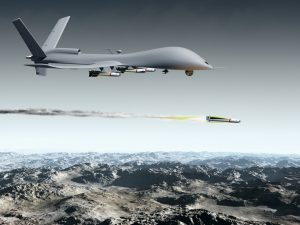 At least the U.N. is talking sense (this is the first, and last time I will ever make that statement). The U.N.’s Representative for Disarmament Angela Kane recently proposed banning combat robots.

“Any weapon of war is terrible, and if you can launch this without human intervention, I think it’s even worse,” she told the U.K.’s Telegraph in August. “It becomes a faceless war and I think that’s really terrible and so to my mind I think it should be outlawed "

Researchers at Bristol’s University of the West of England are attempting to avoid this robotic takeover with the Asimov Robot, named after science fiction author Isaac Asimov who penned robotics laws. The first being “A robot may not injure a human being or, through inaction, allow a human being to come to harm.”

Trouble is, the Asimov Robot doesn't work. The robot was programmed to prevent humans (robots it thought were humans) from falling into a hole. In more than half the experiments, it let the “human” fall in, roboticist Alan Winfield told Yahoo! News.

Hmm. Maybe the robot did that on purpose. See? The war against humanity has already begun.