OK, here it comes.  A rant some of you may have been expecting.  Any of my regular readers are well aware of my interest in the mind-body question.  And in that regard, some big news has hit the airwaves in the last few days.

Depending on who’s presenting the exciting news, it may seem like a bigger deal than it really is, even though it’s been long awaited and doesn’t really provide any surprises.

I’m talking about the publication of Dr. Sam Parnia’s AWARE research paper in the journal Resuscitation. Those three names should ring some bells with anyone interested in near-death experiences (NDE), out-of-body experiences (OBE), the nature of consciousness, and/or life after death.

Parnia is a critical-care physician and Director of Resuscitation Research at Stony Brook University School of Medicine in New York.  He has been the lead researcher on the AWAreness in Resuscitation study, or AWARE, through The Human Consciousness Project at the Nour Foundation.  AWARE has been the largest study of death-transition/resuscitation consciousness ever conducted.  It has been a four year pursuit across 25 hospitals in the US, Canada and Europe, and finally, after all this time, Parnia has published his research paper.

We had, previously, only a few anecdotes from interviews with Parnia and others who are involved in the study, and from Parnia’s 2013 book Erasing Death (HarperOne).  There were no clear facts anyone could grasp in order to really understand what goes on when people “cross to the other side”, as it were.  But with the publication of this new paper, we have hard conclusions based on empirical evidence gathered meticulously over a long period…sort of.

I don’t want to misrepresent this, as so many are already wont to do.  The paper exists behind a journal pay wall, and as such most journalists haven't actually read it.   But even if you have only the abstract to judge, there is one line that stands out as being the most important part of the entire paper.  We’ll get to that in a minute, but first: this paper does not prove the existence of an afterlife.

It doesn’t disprove it either, and like I said earlier, this isn’t much of a surprise.  However, you will find many personalities, news outlets, and talking-heads making claims either for or against these lofty conclusions all over the internet.  Beware of spin.  That’s all I have to say on that.

In the paper Parnia, et al, lay out the history, methodology, and conclusions for all to see.  And there are some important numbers of which to be aware (no pun intended).

The study focused on cardiac arrest resuscitations, which has been a focus of Parnia’s clinical work for many years.  This means that the people who participated in the study suffered heart attacks that caused them apparent death.  This apparent death is a defined brain-state commonly known as clinical death (though this term is often misused and is thus not used in the study).  During apparent death a patient’s neural activity goes through specific changes and ultimately ceases, which signals that the person is deceased.

Parnia and colleagues have been working to extend the amount of time that can pass between the onset of apparent death and successful resuscitation.  This is why the survival of consciousness has become a focal point in the research.  By purely deterministic or materialistic philosophy, a dead person should have no experience or recollection between the point of death and the moment of resuscitation, however anecdotal evidence has long refuted that position.  The AWARE study sought to understand not only if consciousness, or some semblance of it, survives death, but also how such a phenomenon might work neurologically.

The pertinent numbers are as follows:

The study recorded a total of 2,026 cardiac arrest patients. Of that base pool of participants, 1,920 were either not successfully resuscitated or failed to qualify for interview.

Those of you who are already familiar with the methodology of this study should understand what that means, for those who do not…

The two stages of interviews were designed to filter out participants who had any recollections from their cardiac arrest, sorting between those who reported more vague memories and feelings, defined as cognitive themes, such as “fear; animals/plants; bright light; violence/persecution; deja-vu; family; recalling events post-CA”.  46 percent of those 101 stage two interview participants reported such themes.  Nine percent reported NDE’s and two percent reported explicit awareness during a period of apparent death, such as seeing and/or hearing actual events related to their resuscitation.

That final category was tested by requiring the patients to describe characters and images on hidden placards that were placed in trauma and surgery bays in the participating hospitals.  These placards were place such that they could only be seen from a position at or above the ceiling of the room, thus if a person accurately described a placard they claimed to have seen during an out-of-body experience, it indicates that they, or their consciousness, was in a physical position required to see the placard. 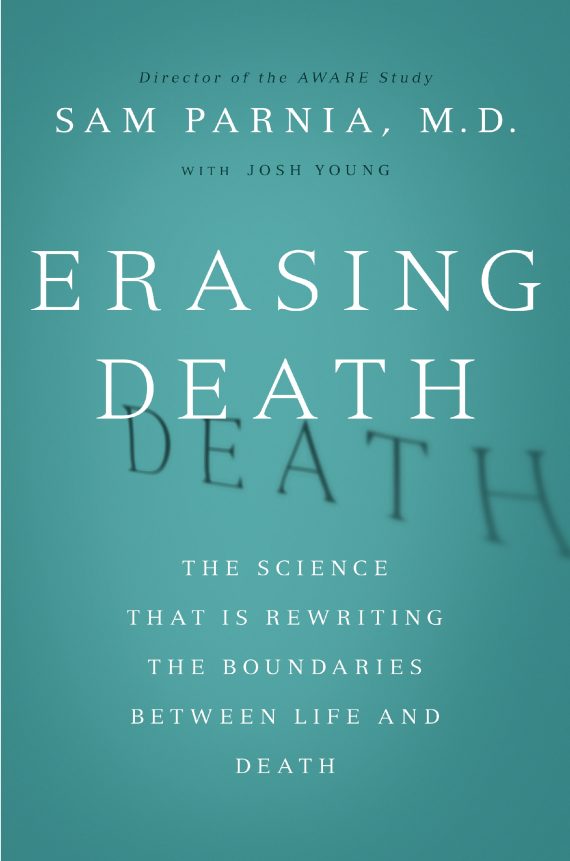 Out of that data pool of 2,060 participants, the study provides evidence for only one single patient who had what Parnia et al describe as “a verifiable period of conscious awareness during which time cerebral function was not expected.”

You should notice a conspicuous missing claim in those conclusions.  It’s a claim that many wish was there, and some of whom are mistakenly insisting is there.  Not one participant was able to recount or recall the characters or images on any of the placards.

That is a very important detail that needs to be driven home.  The AWARE study has not proven the case for NDE’s or OBE’s.

What it did do is indicate that there’s more study needed.  The two percent of participants who recounted verified detail from periods when conventional science and medicine say they were clinically dead is a truly exciting conclusion.  It means that these few people had some level of consciousness when it shouldn’t have been possible, indicating that there are levels of consciousness and neural activity that are still beyond our ability to measure.

There are still problems with this methodology however.  Specifically, these results rely on memory.  And as we all know (or should know), human memory is unreliable in the best of conditions, let alone during a traumatic medical procedure.  This certainly doesn’t mean they were wrong, but it opens the door for criticism.  The memories could have been influenced by things that were said and done while the patient was conscious/semi-conscious, or could be manufactured by the assimilation of popular ideas of what occurs in such situations.  There are many reasons why those conclusions are not terribly solid.  But since this is the first study of this kind to ever be conducted, the data and conclusions are invaluable to a great many people.

Those with an agenda, whether that be to prove or disprove near-death experiences, are undoubtedly going to clash in the wake of this publication.  For the onlooker, the third-party observer, remember that the facts are relatively clear, and all else is ego.