How Belief in Alien Beings Varies By Religion

With Pope Francis’ surprising admission that he would invite Martians and other extraterrestrials to be baptized, many other religious leaders and theologians are getting questions about aliens and religion. A new book called “Religions and Extraterrestrial Life: How Will We Deal With It?” looks at which religions are more open to the possibility of alien life and finds some surprising answers. 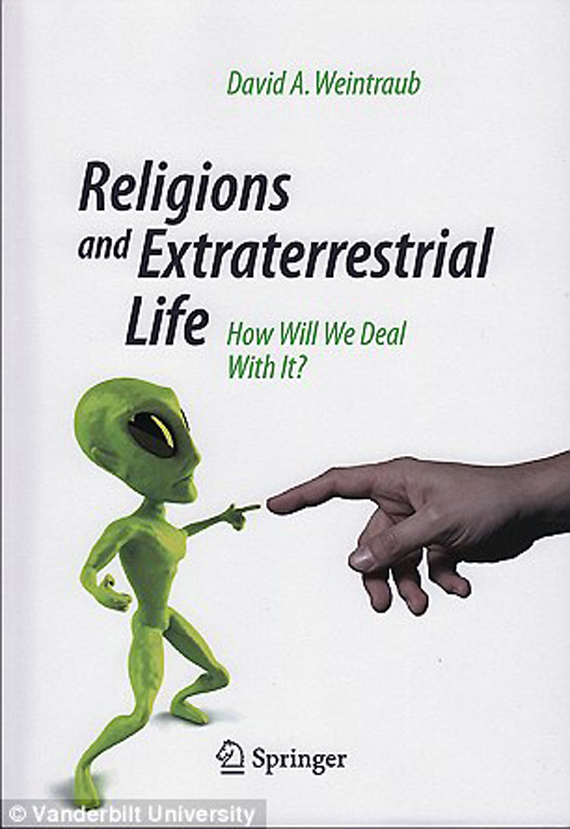 Author David Weintraub is an astronomer at Vanderbilt University in Tennessee. Why did he choose this topic for his book?

Very few among us have spent much time thinking hard about what actual knowledge about extraterrestrial life, whether viruses or single-celled creatures or bipeds piloting intergalactic spaceships, might mean for our personal beliefs [and] our relationships with the divine.

Weintraub studied what religious leaders and theologians from over 24 major religions say about alien life. As part of his research, he surveyed people on their religious belief and their belief in aliens. The surprising results: 55 per cent of atheists, 44 percent of Muslims and 37 percent of Jews believe in the existence of alien life. At the low end, only 29 percent of Baptists think there’s an ET.

Weintraub speculates that the high belief by Muslims may be due to passages in the Koran that refer to spiritual beings. Hindus, at 36 percent, believe that humans and aliens could be reincarnated into other worlds, while Buddhists accept the idea of population on other planets. Roman Catholics have written about the subject for a thousand years, mostly debating whether aliens who are not descendents of Adam and Eve would be born without original sin and if Jesus would visit other planets.

Protestant religions run the gamut on belief in aliens, but Weintraub says most probably agree with the view of Lutheran theologian Paul Tillich that God is everywhere but God’s plan for aliens and humans may be different.

What do you think? Does your religion agree with your view on aliens? What could cause you to change either belief? And which came first: your religious belief or your belief in aliens?