In the mid-90's, when I was about to finish college, I stumbled upon Carlos Castañeda's 'The Teachings of Don Juan' in my university library. Since his name kept popping up in all the esoteric magazines I used to read back in those days, I was really interested in getting to learn more about this alleged sorcerer's apprentice, who helped kick-start the Counterculture in the 1960's, by renouncing his path as a UCLA anthropologist to instead follow in the footsteps of Don Juan, a Yaqui brujo who was in possession of a magical tradition harking back to thousands of years, and who showed Carlos how to expand the perceptions of his consciousness by using --among other things-- the  psychedelic properties of 'power plants'.

By 1999, I was hooked into Castañeda, and I mean REALLY hooked. I'd already read the 4 main books in his bibliography --'Teachings...', 'A Separate Reality', 'Journey to Ixtlán' & 'Tales of Power'-- and even though I didn't set out to acquire peyote to communicate with Mescalito --the plant spirit said to inhabit inside the astringent buds of the desert cactus-- I had already started to experiment with Don Juan's tips on how to attain lucidity in your dreams --to my utter amazement, this shit worked!

And so when I went to the movies and watched The Matrix for the 1st time, it hit me like a bare-fisted punch of Agent Smith: This Sci-Fi story which propelled Keanu Reeves and Hugo Weaving into stardom was based on Castañeda's philosophy!

It was all so obvious! Neo was Carlos, Morpheus was Don Juan, and the red pill symbolized the power plants the brujos used to enter a 'state of non-ordinary reality' and help them train their will to accomplish one of the greatest feats in the magical tradition,  known in the Castañedian lore as 'Stopping the world' (my suspicions that the Wachowski siblings were Castañeda fans, were later confirmed when his name was mentioned by one of Tom Hanks' many characters in Cloud Atlas).

So now you know why I chose the silly moniker.

Of course, the Wachowskis took inspiration from many other different sources to create their Magnum Opus: The Cyberpunk of William Gibson, the strong visual aesthetics in Japanese Anime like Akira and Ghost in the Shell; but standing very prominently above all of them, are the writings of Philip K. Dick.

Despite his prodigious creativity, I feel Dick would have probably been incredulous of the cult-like status he's acquired in contemporary Sci-Fi; especially since it was only if the final years of his life when he finally started to enjoy a modicum of financial success, brought largely by Ridley Scott's cinematic interpretation of his novel Do Androids Dream of Electric Sheep? --sadly, he died of a stroke four months before the premiere of Blade Runner.

In hindsight, it's easy to see why Dick was doomed to become more popular in death than when his stories were being published in pulp magazines: His writing was just too weird and too contrarian for the utopian aspirations of an American public who still dreamed of colonizing space and building a better tomorrow, thanks to the blessings of science. But Dick could read between the lines of the Life magazine articles, and he wasn't fooled by the Rockwell-like propaganda, which failed to reveal the fact that the price for that bright future was conformity and unquestionable obedience to Authority; he was ahead of his generation, and at the same time he was a man from an ancient era, who rejected the modern world the same way a Christian mystic rebelled against the Roman empire.

For you see, the overarching theme in Philip K. Dick's writing is the same basic idea that the most radical branch of the early Christians were claiming 2000 years ago: That this world, what we humans recognize as reality, is nothing but an illusion; an illusion put before our eyes to imprison us by powerful entities, which seek to keep us trapped and deceived for their own selfish benefit.

Those early Christians were known as Gnostics, and thanks to the discovery of a few of their texts near the town of Nag Hammadi in 1945, we can now learn more about their religious beliefs, which were furiously suppressed by the Church for many centuries. Yet I'm of the opinion that Gnosticism is a universal concept, that is continuously recycled and presented anew within a different format for a new generation.

The medium may change, but the main idea is repeated over and over again:

The world is not what it seems to be!

You're trapped and you don't even know it!

It still fascinates me how around the same time the Wachowskis released the Matrix into our cultural consciousness, there were OTHER films that fall into what I choose to call Gnostic Cinema; it's almost as if the zeitgeist was hinting at something just as we were about to start the new millennium. Below I list the 4 Gnostic films of the late 90's : 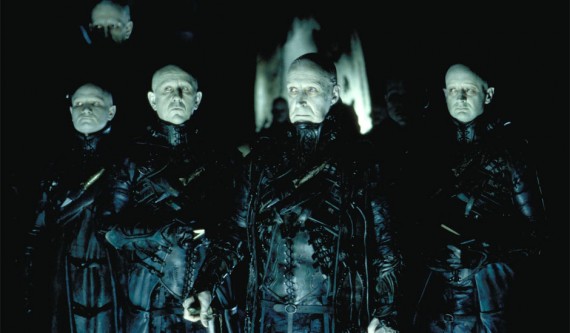 With the exception of The Matrix, this film is probably THE best example of Gnostic cinema ever made. A Gothic metropolis immersed in perennial night, inhabited by people who are oblivious to the fact that they're nothing but puppets manipulated by demonic entities, known simply as 'the Strangers'. It's through the unwilling collaboration of Dr. Daniel P. Schreber --played by Kiefer Sutherland-- and the Strangers' ability to mentally manipulate every element of the city itself --kind of like the way aliens are said to manipulate the very structure of Space and Time-- that its inhabitants keep performing fake lives without ever snapping out of the imposed fantasy. It wouldn't surprise me in the slightest if Dark City's director Alex Proyas kept a copy of the Nag Hammadi texts in his personal library.

Yes, I know 'Gnostic' is not exactly the first thing that comes to mind when you think of a movie starring Jim Carrey; though to be fair, the Canadian comedian has proved to have enough performing chops to play serious characters, and some titles in his filmography have a certain amount of 'Gnosticism' in their plot --e.g. The Majestic (2001) and Eternal Sunshine of the Spotless Mind (2004). Truman Show is probably the jewel of his career, telling the story of a seemingly ordinary man living a seemingly unassuming life, who is actually a prisoner inside a world-size TV set peopled by actors who are in the know, including his wife and parents. It's no wonder that since then the Truman Show delusion is now become a recognized psychiatric condition --although perhaps those who suffer it are saner than we think…

Also, readers of my late Red Pills of the Week column know I still expect the Voyager space probes to smash into some sort of transparent bubble circling our solar system. 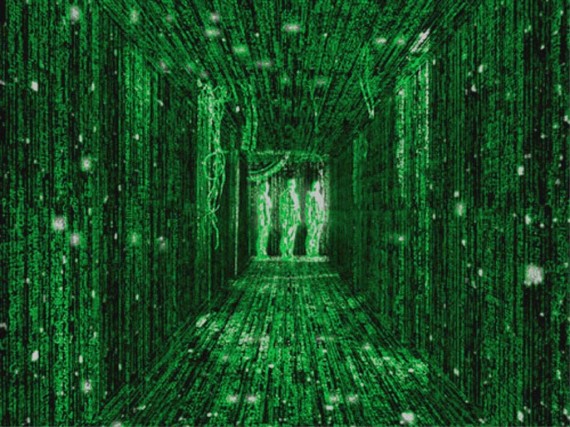 Y'all know I'm gonna be biased about it! The movie that influenced my online persona is THE embodiment of Gnosticism, perfectly translated to the 21st century mentality. How else do you explain the fact that serious scientists are currently studying the possibility of whether we live inside a computer simulation or not? The very phrase "taking the red pill" is now a universal metaphor for stepping outside of our social conditioning, and as a meaningful part of our cultural lexicon as "the Force will be with you."

Also, after I watched the film and kept immersing in the work of Castañeda, I later found out that Don Juan eventually told Carlos that humans were being predated by an alien intelligence that fed on our most petty emotions.

We have a predator that came from the depths of the cosmos and took over the rule of our lives. Human beings are its prisoners. The predator is our lord and master. It has rendered us docile, helpless. If we want to protest, it suppresses our protest. If we want to act independently, it demands that we don’t do so...

Sorcerers believe that the predators have given us our systems of beliefs, our ideas of good and evil, our social mores.

They are the ones who set up our hopes and expectations and dreams of success or failure. They have given us covetousness, greed and cowardice. It is the predators who make us complacent, routinary and egomaniacal.

Though that doesn't free us from the conundrum: Was Cypher right all along? Is ignorance a better choice than facing the Desert of the Real? 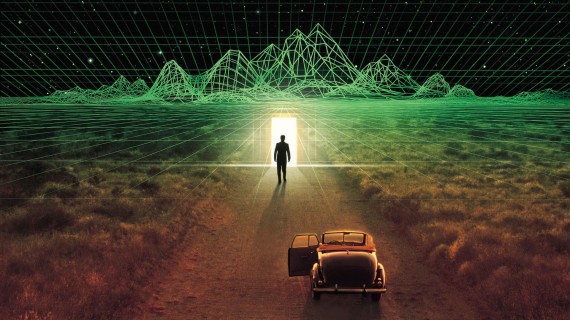 A decent mix of Sci-Fi/Thriller and even a bit of Film Noir, 13th Floor deserved a better success than what it received in the box office, and was probably eclipsed by the success of the Matrix. The Gnosticism in the film comes from its use of VR technology as a way to produce artificial worlds so thoroughly convincing, the A.I. characters inhabiting them have a hard time coping with the fact that they're just a simulation, merely created for the pleasure of wealthy men. Might we humans fare better if we learned our existence was the decision of bored multidimensional entities?

These are my main examples of Gnostic Cinema, yet I'm well aware there are many other films that could very well fit into such a category. Can you think of other titles to add into the list? Share them with the rest of the Coppertops in the comment section!

Living on Mars Would Probably Kill You