While I was at the Original Texas Bigfoot Conference this past weekend, a couple of people came up to me and asked what I really think about werewolves. Clearly, the questions were prompted by the fact that it's no secret I have written extensively on this particularly controversial subject. I replied by saying that, to answer the question, it's important to have an understanding of what werewolves are not.

When people learn that I do think there is a real werewolf phenomenon, many of them assume I mean werewolves of the folkloric and Hollywood variety. That's to say, people who shape-shift into wolves, or into bipedal wolf-like creatures that are half-wolf and half-human. I should stress I believe no such thing - at all.

Yes, movies like An American Werewolf in London, The Howling, Underworld, and The Wolfman are great fun - but they are fiction.

The idea that the human body can be physically morphed into that of a wolf (or into the form of a wolf-like animal) and then back to its original state is not just unlikely. It's nuts. It cannot happen - period. The massive, physical changes that would have to occur to the body are impossible to achieve.

The problem when it comes to werewolves, and the matter of their existence, is that so many people cannot disassociate themselves from the movie versions and from those tales of centuries-old folklore and legend. Too bad for them. They need to step back from their Hollywood fantasies and get a bloody grip.

What I do believe, is the following: (a) that people absolutely do see creatures that resemble the popular image of werewolves: and (b) that some of those cases - but most certainly not all of them - have  paranormal overtones attached to them, even if we don't have a full understanding of what that term - "paranormal" - really means.

I have, for example, investigated a number of highly credible reports of werewolf-like beasts seen in the Cannock Chase woods of Staffordshire, England (situated very close to where I used to live, and currently in the spotlight because of the "Black Eyed Kids" controversy). In these cases, all of the sightings occurred in areas that we might consider significant and somewhat out of the ordinary - such as cemeteries and sites of archaeological significance.

In not a single one of these cases, however, is there even the remotest reference to these creatures being transformed people. Not a solitary one! 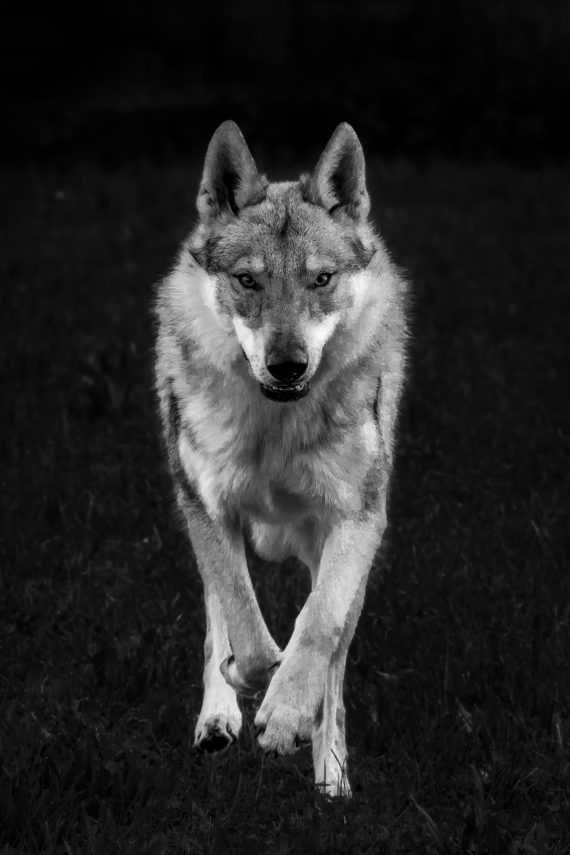 It's very much the same here in the United States - and particularly in the state of Texas, where I have lived for almost a decade and a half. I have literally dozens of stories from Texas alone. They are split into two specific camps: (a) those in which people see bipedal, wolf-like animals; and (b) those that see wolf-like creatures that alternate between a bipedal stance and a four-legged stance.

Another parallel between the British and the American cases is that here in the United States there are also reports of these beasts seen at sacred sites - graveyards, burial mounds, and the like.

Clearly, something is going on; something deeply weird. And it's something that researchers of anomalous activity like myself need to try and get to the bottom of. But, no-one should be going down the path of thinking (or trying to prove) that the werewolf phenomenon is linked to shape-shifting humans.

It might sound absurd to think that, in the United States, there could be a wolf (or, more likely, a wolf-like animal) that has the ability to walk on four legs, but which can also rear up onto its hind limbs. And, yet, that is exactly what numerous people have reported - check out the works of Linda Godfrey to see what I mean.

As for the beasts seen in the US near sacred sites, like their UK cousins, not only are they not transformed humans; they are clearly not animals either - period. Or, at least, they're not animals in the accepted sense of the term. Of the American creatures, Linda Godfrey says: "I do find more and more sightings are near cemeteries and old sacred burial and effigy mound sites — also crossroads, churches, and military areas."

So, to get back to the questions put to me this past weekend at the Original Texas Bigfoot Conference, yes, I do believe in werewolves. The phenomenon is undeniably real. People see these things. They provoke fear, torment, stress, and nightmares for those that encounter them. But, trying to tackle the mystery with silver-bullets, or at the time of a full moon, is ridiculous and very stupid. Unless, that is, you have no life or brain.

Werewolves exist. But they are as far away from being human shape-shifters as it's conceivably possible to get. And we need people to understand that the reality is far stranger than anything coming out of Tinseltown.

The Cursed Shipwreck of Australia