There can be absolutely no doubt that in today's world of global uncertainty, conspiracy theories are everywhere. Saddam Hussein's ever-elusive weapons of mass destruction, the Edward Snowden affair, the events of 9/11, and the UK's 7/7, have all attracted the attentions of conspiracy theorists who believe that the stories told to us on these (and many other) topics do not reflect the full facts.

Of course, there is nothing new about conspiracy theorizing: it has existed for just about as long as recorded history, itself. After all, one only has to look at the November 22, 1963 assassination of President John F. Kennedy, the 1968 killing of Martin Luther King, Jr., and NASA's Apollo moon-landings of 1969-1972, to see that widespread skepticism exists in relation to the official version of events.

It's fair to say, too, that conspiracy theories vary from the possible to the plausible, and from the downright unlikely and ludicrous to chillingly probable. Do I think there was a conspiracy in the killing of JFK? Yes. Do I think the moon-landings were faked? Not a chance! Of course, there will be those who no doubt disagree with my conclusions on both issues. But, that's what conspiracy theorizing is all about: trying to figure out what the truth is - or is not.

All of which brings us to the new book from Andrew May: Conspiracy History: A History of the World for Conspiracy Theorists, a book for which I wrote the preface. With so many claims of conspiracy out there, it would be all too easy to quickly crank out a book on the same old, tired, and predictable cases and spin them for an eager audience.

Fortunately, that's not what we get with Andrew's book (which is published by Bretwalda Books). What we do get, instead, is an excellent study of countless cases of conspiracy that many will be completely unaware of - but which will be of profound interest to those that are conspiracy-minded. 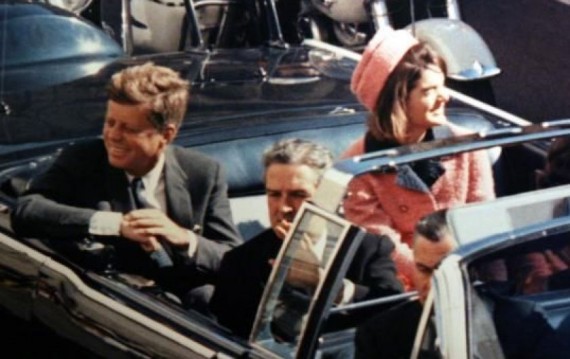 Much of Conspiracy History is, as the title demonstrates (of course!), historical.  And, that's a very good thing. So many conspiracy researchers focus on the present day. In doing so, they fail to note (or simply don't know of) the deep and dark events that occurred centuries ago and that deserve just about as much publicity as 21st century affairs.

After a welcome explanation of what actually defines a conspiracy theory, Andrew delves into the various categories of conspiracies, including those relating to "false flags," "lone gunmen," secret groups and ancient orders, and suspicious deaths. It's then onto the cases themselves.

For me, the most fascinating chapter of the book is the one titled Secret Identities. It focuses on such near-legendary characters as Kaspar Hauser and Jack the Ripper, as well as the matter of whether or not William Shakespeare was really responsible for the works attributed to him, and the strange saga of an unidentified body found on a stretch of Australian beach in November 1948.

Then there's the chapter headed Hidden Agendas. The deaths of Rasputin, Napoleon, and the very convenient death in 1100 of England's King William II - a shadowy and controversy-filled saga that almost rivals the Kennedy assassination - are addressed.

Secret societies, such as the Illuminati, the Freemasons, the Knights Templar, the Priory of Sion, and more, are all addressed and unraveled. As are the conspiracies surrounding Tutankhamun, the 1915 sinking of the Lusitania, and the Nazis.

All in all, Andrew May's Conspiracy History is a fine study of conspiracies that span not just the decades or the centuries, but thousands of years.

There is much to ponder on, think about, and wrap your head around in this book. And, if conspiracies are your thing, I urge you to get a copy right now. You know, just in case "they" decide to shut it down...