Is There Life on Earth?

Human beings have a tendency to picture themselves – or something very similar – when they use the word “life”. By that definition, the answer to the question “Is There Life on Earth?” is “Yes, of course there is” – as long as we’re talking about Earth right at this moment in time. An alien visitor would see all the key indicators SETI researchers look for – sprawling city lights on the night side of the planet, a cacophony of radio and TV transmissions, thousands of artificial satellites, and even the occasional nuclear weapon test. But the Earth has been around for a long time. What would alien observers see if they arrived at some other point in its history, not just at the present moment?

When the Earth was first formed, about 4.5 billion years ago, there certainly wasn’t any life on it. The planet was volcanically hyperactive, its surface was boiling hot, and there was no oxygen in the atmosphere. The earliest traces of life date from approximately 3.8 billion years ago – some 700 million years after the planet’s formation. This was “life” that only a scientist would recognize as such – microscopically small, bacteria-like organisms called prokaryotes.

The next major step in evolution was the development of eukaryotes, consisting of structured cells with a nucleus. This didn’t take place until around 2.1 billion years ago, by which time the Earth was already more than half its present age. Like prokaryotes, the first eukaryotes were tiny, single-celled organisms, but before long they started to evolve into larger, multicellular forms.

The first animals – large enough to see with the naked eye, and complex enough to meet a layman’s definition of living creatures – appeared at the start of the Cambrian period, about 540 million years ago. Initially such lifeforms were limited to the sea – they didn’t make their way onto land until the end of the Silurian period, around 420 million years ago. Those early land animals were primitive, bug-like invertebrates. Large, land-going vertebrates such as dinosaurs didn’t put in an appearance until the middle of the Triassic period, about 230 million years ago. 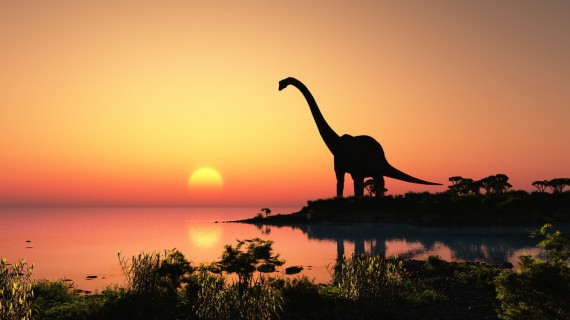 While dinosaurs are unquestionably “life”, they’re still not the kind of life you could have an intelligent conversation with. Of all the species in the planet’s history, our own – homo sapiens – is the only one known to possess what is commonly thought of as “intelligence”. Even if this were true of earlier, extinct, members of genus homo, it would still only date the emergence of intelligent life to something like 2.5 million years ago.

Going beyond the concept of intelligence, what about “civilization”? Obviously it depends on how you define the word, but human civilization is probably no more than ten thousand years old. Scientific civilization, with a modern understanding of stars, planets and outer space, only dates back some 500 years. Technological civilization – complete with mass communications, space travel, nuclear power and the rest – is less than a century old.

To put all that in perspective, it’s helpful to think in terms of percentage probabilities. Let’s define the 4.5 billion year life of the Earth as 100%, and suppose the alien equivalent of a SETI mission arrived to observe it at some random point during that time. What’s the probability they would find life on Earth?

So what’s the chance that planet Earth harbors life? If you mean “life” as defined by scientists, then it’s pretty high – 84%. On the other hand, if you mean the kind of life that’s of interest to SETI researchers and sci-fi fans, then it’s almost non-existent – just two millionths of one percent! 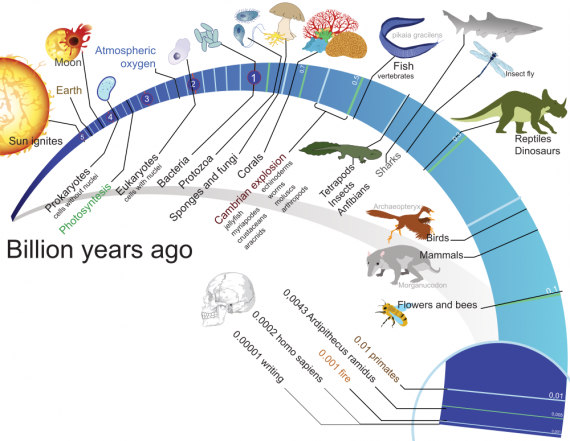 Thanks to Tom Head, by the way, for providing so much food for thought in his “Is There Life on...” series earlier this year – and for allowing me to emulate him in the title of this article!

Time, Eternalism, and Consequences: Doctor Who Series 8 in Review 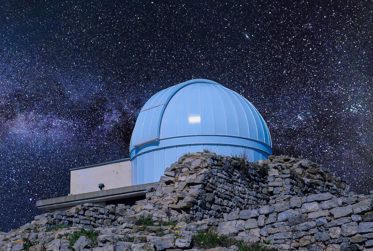