Mysterious Booms are Being Reported Across America Again

From time to time, reports of mysterious "booming" noises or explosions have been catalogued, and of apparent unexplained origin. Several researchers and writers, including Charles Fort most famously, have documented such phenomenon, with a scientific treatment being afforded the subject more recently by American physicist William R. Corliss, who covered the phenomenon extensively in his writings over the last few decades.

Such phenomenon is frequently reported in the present day just as well; 2014 has been a particularly interesting year for those claiming to have experienced mystery explosions, and in some cases, even earthquakes accompanying a few of the anomalous sounds.

Among the recent reports of "mystery booms", one location had been the town in Salina, Kansas, where a number of residents were reporting having heard something akin to a loud explosion around November 13. "We've called the local police department, the Smoky Hill Bomb Range and Westar," reported the area KWCH News, "but at this time no one seems to know what's behind the boom."

Then on November 16, similar reports were stemming from the Dayton Ohio area, more specifically around the townships of Springboro, Miamisburg, and Centerville. "One Miamisburg man said the loud booms sounded like an explosion, and that the last one sounded louder than the first," reported Dayton's WHIO News. The noises in this part of the country were also covered here at MU by my fellow blogger Paul Seaburn in this article.

Then earlier in June of this year, a "puzzling" earthquake event was reported near a New York City nuclear plant, with many similar reports of a "loud booming" being reported in the area. Part of the puzzle had been the fact that the "mystery" quake had not occurred around a fault line, prompting Prof. Leonardo Seeber of Columbia University to describe the phenomenon as unexplained, describing that “they tend to come in bursts."

Most recently, strange quakes and loud booms have been reported in the vicinity of Cape May, New Jersey, where one of my readers, Lindsey, says people have been reporting the strange sounds in conjunction with, of all things, the recovery of a number of relics from the past:

My coworker has a house in Cape May, New Jersey, and told me there have been a series of mystery 'booms" and shaking. Locals say these booms [coincide with someone who] uncovered a set of hundred-year-old-train tracks on the beach, and some other bizarre old things that have also been uncovered.

I'm having trouble finding too many reports connecting the two, so it may be an obvious case of mistaken correlation, instead of some fantastic Fortean phenomenon.

Nonetheless, Lindsey managed to find a number of reports that documented the two separate items, and therefore, here's a breakdown of the events stemming from the New Jersey area at present:

As early as October 29, Shore News Today out of New Jersey carried an article which reported a sonic boom, or perhaps an earthquake, which may have caused the strange noises locals were reporting. However, at the time it was reported that the the U.S. Geological Survey "which tracks earthquakes in near real-time, is not reporting a quake in southern New Jersey." 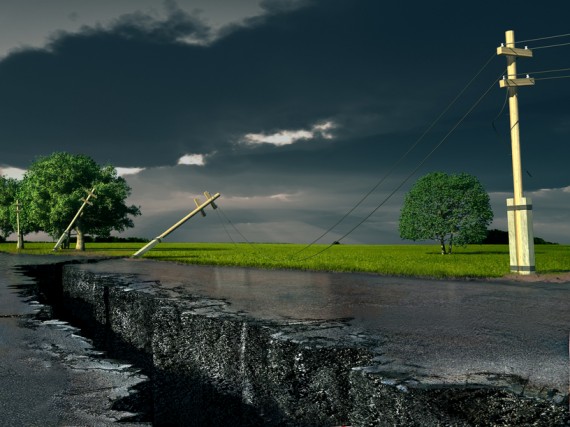 Another take on the matter reported what possibly were Navy aircraft flying in the area; while the planes were later confirmed to have been in the vicinity, the incident in question had been part of an annual exercise that "ended on Friday, Oct. 24 – five days prior to the first rumble across South Jersey," as reported by the SND.

On the highly synchronistic date of November 11th (11-11)a set of surprising preserved train tracks were discovered on a beach nearby. Three days later on November 14, a small earthquake was reported in Rio Grande (yes, also a New Jersey township, despite the misleading name) by the Cape May County Herald. By November 16, some residents of Cape May County began to suggest that the appearance of the tracks had been due to the unexplained "booms", though it is difficult to assess any direct correlation that might exist between the two.

As noted from the earlier article from June, it seems that some members of the academic community feel that the strange, sporadic nature of the "booms" and occasional earthquake phenomenon could warrant concern. What is their cause, and could there be correlations between some of the reports of strange noises from elsewhere around the country?

In closing, I would ask for any similar reports from MU readers to be sent along to us, either by emailing me here, or by using the comments section below.

Modern Atlantis May Be a Snow Globe on a Corkscrew