New Technology May Lead to the End of Time… Literally

Our perception of the passage of events in a chronological fashion has long been debated among thinkers, ranging from those in philosophical circles, to physical scientists seeking to understand ways certain universal constructs may actually be illusory.

Chief among these illusions is that of time itself; though we perceive the past as having been, and the future as yet-to-come, every moment we call "here and now" has actually just fled into the realm of recent memory. Despite this, physicists have often argued that past, present, and future continually exist all at once, opening our minds to unsettling possibilities like predestination or fate that, essentially, can't really be controlled.

Obviously, the entire matter of understanding time is far more complex than the aforementioned, as outlined in a recent NPR article which discusses a clock in Boulder, Colorado, that is so perfectly attuned to time that it presents us with certain problems with the idea of keeping time in general:

"At the heart of this new clock is the element strontium. Inside a small chamber, the strontium atoms are suspended in a lattice of crisscrossing laser beams. Researchers then give them a little ping, like ringing a bell. The strontium vibrates at an incredibly fast frequency. It's a natural atomic metronome ticking out teeny, teeny fractions of a second.

This new clock can keep perfect time for 5 billion years.

"It's about the whole, entire age of the earth," says Jun Ye, the scientist here at JILA who built this clock. "Our aim is that we'll have a clock that, during the entire age of the universe, would not have lost a second."

Noteworthy here, of course, is the fact that gravitational differences all around the universe cause the passage of time to occur differently. As you or I walk down the street, our heads are literally passing through time at a rate that is different from our feet, whose proximity to the ground actually constitutes a minutely different state of gravitational exertion.

Understanding the nature of time, and its subtle relationship with gravity, does indeed present some unique problems... especially since we are far from understanding what gravity even is, in the most fundamental sense. This subject has been addressed previously here at Mysterious Universe, in relation to whether understanding gravity might hold the keys to unraveling other mysteries of our universe too, which might include the existence of parallel worlds.

The clock described above, while perhaps potentially the most accurate time piece anyplace in the known universe, is also problematic, in that with the realization that time runs differently in ever point in space, relative to the effects of gravity exerted on that given point, it becomes impossible to say that a clock is actually keeping time at all. If anything, the more accurate our abilities to observe and measure the passage of time, the less consistency we actually are able to see to the stuff at all. Time is indeed illusory, though it may not be entirely non-existent.

By the same token, perhaps part of the problem is the observation of time as being some physical, or at least measurable "thing," when in fact it may simply be the byproduct of even wilder, and less-understood facets underlying the structure of the universe. 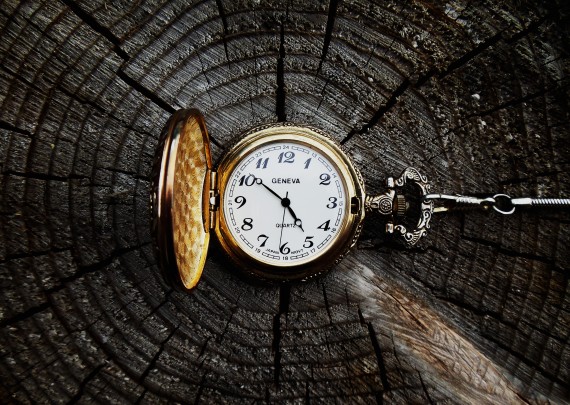 How Cold Can It Get?