Strange Electromagnetic Dimensions: The Science of the Unexplainable

This article is an excerpt from Louis Proud’s new book Strange Electromagnetic Dimensions: The Science of the Unexplainable – Chapter 4: Fire from Heaven

Listed in the Guinness World Records is a man by the name of Roy Cleveland Sullivan. Born in Greene County, Virginia, on February 7, 1912, he is recognized as having been struck by lightning more times than any other human being. Incredibly, throughout his seventy-one year life, Sullivan sustained a total of seven lightning strikes—all without being seriously harmed. It’s almost as if lightning was drawn to his body. Sullivan was nicknamed the “Human Lightning Rod,” a title unlikely to have amused this very unfortunate man. One well-known photograph of Sullivan shows a figure similar in appearance to the actor Gene Hackman, broad-faced, short-haired, and solidly-built. He is dressed in his park ranger uniform, displaying a lightning-damaged hat. There is, one can tell, a slight hint of sadness in his eyes.

All seven of the lightning strikes to which Sullivan was subjected occurred in adulthood and were officially documented. Yet he claimed he had his first close encounter with lightning as a child. While in a meadow cutting wheat with his father, lightning struck the blade of the scythe he was holding, resulting in the field catching fire. Although unharmed by the incident, whether the electricity made contact with his body remains unknown. Even if Sullivan wasn’t struck by the lightning, being at such close range would have rendered him exposed to its powerful electromagnetic (EM) fields.

Sullivan’s long career as a Shenandoah National Park ranger began in 1936. In 1942, he was unlucky enough to be situated in the Miller’s Head fire tower at the time of a heavy thunderstorm. Lightning is fond of towers and tall structures in general, and this particular tower was no exception. What’s worse, the recently-built tower hadn’t yet been fitted with a lightning rod. Sullivan said, “It was hit seven or eight times and fire was jumping all over the place, so I decided to bail out. I got just a few feet away from the tower and then, blam! It burned a half-inch strip all the way down my right leg and knocked my big toe off. My boot was full of blood, and it ran out through a hole in the sole.”1 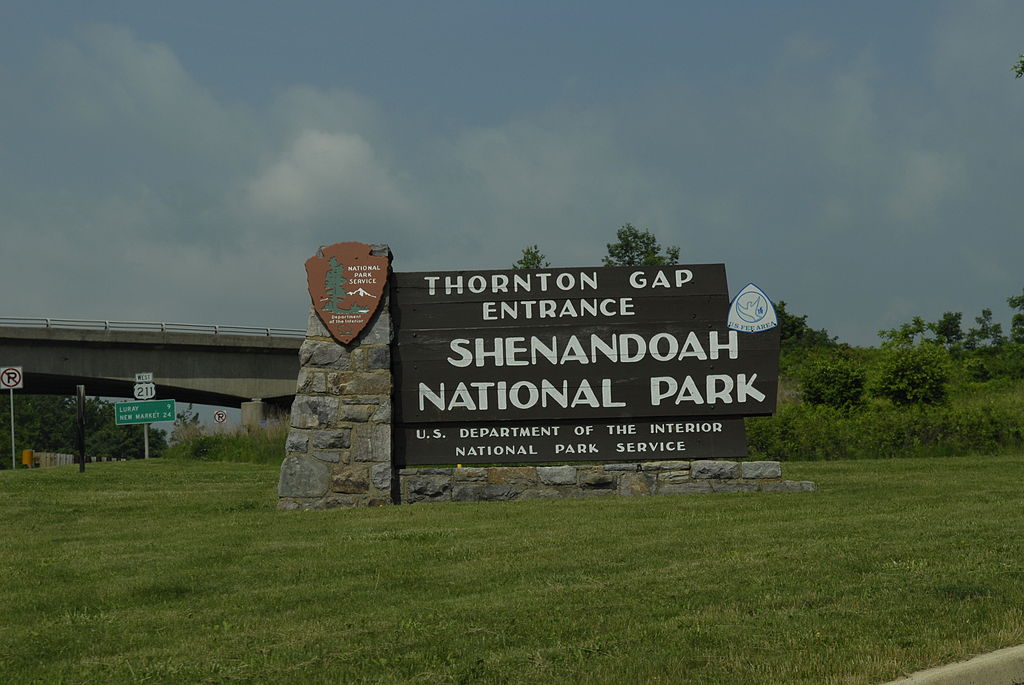 Decades later, in July 1969, Sullivan was driving his truck through the Park, down a treacherous winding road called Skyline Drive, when Thor decided to target him again. Fortunately for us motorists, a car with its windows closed acts as a crude form of Faraday Cage, in that the thin metal shell of the vehicle offers some protection against the intrusion of EM energy. (The same cannot be said of convertibles, however.) Thus, when a car is struck by lightning, electricity will travel through the metal shell of the vehicle toward ground, rather than penetrate it. On this occasion, Sullivan was driving with the two front windows rolled down. After deflecting off some nearby trees, the lightning made its way into the cab of his truck, knocking him unconscious and burning off much of his hair, including his eyebrows and eyelashes. Sullivan’s life was spared by the fact that his uncontrolled vehicle ground to a halt just before reaching the edge of a cliff.

Lightning strike number three took place in July, 1970, while Sullivan was standing at the edge of his front garden. The bolt of lightning struck a nearby power transformer. From there it jumped across to his left shoulder, knocking him several feet into the air. He sustained only minor burns.

At the time of strike number four, in 1972, Sullivan was manning the registration station at the Park’s Loft Mountain camping area. One moment it was raining gently, with no sign of a storm in the vicinity. The next moment Sullivan heard a huge clap of thunder—“the loudest thing I ever heard”—and saw “fire bouncing around inside the station.” Once his ears had stopped ringing, he became aware of a sizzling sound—his hair was on fire. Sullivan used his jacket to smother the flames. “My head felt so hot, it was terrible. I kept trying to get it under the cold water spigot, but it wouldn’t fit and I had to use wet paper towels.” After the incident, Sullivan confessed: “I have never been a fearful man. But I have to tell you the truth. When I hear it thunder now, I feel a little shaky.”2

Convinced that an unseen force was out to destroy him and that the next bolt of lightning would kill him, Sullivan began to exercise extreme caution around thunderstorms. Whenever he was caught in a storm while driving his truck, he’d pull over onto the side of the road and lie down on the front seat, frozen in fear until the storm had passed. A practical man, he made sure to carry at all times a can of water in the back of his truck, in the event of additional fires resulting from lightning strikes. He believed that, as his nickname implied, lightning honed in on him. “I can be standing in a crowd of people, but it’ll hit me,” he once stated. “I’m just allergic to lightning.”3

The can of water came in handy when, on August 7, 1973, lightning struck him for the fifth time, once again setting fire to his hair. “I actually saw the bolt that him me,” he said.4 Sullivan was out on patrol when the incident occurred. It appeared to Sullivan as though the storm cloud responsible for the lightning had literally pursued him. Apparently, he’d driven away quickly the moment he saw the storm cloud forming, only getting out of his vehicle when he thought he’d successfully out run it. It was then that the lightning bolt struck him.

Lightning strike number six, which took place the following year, involved what appeared to be another “heat-seeking” storm cloud, this time leaving Sullivan with an injured ankle. The seventh and final strike occurred one Saturday morning in 1977, while Sullivan was fishing in a freshwater pool. After striking the top of his head and singeing his hair, the lightning traveled down his right side, leaving him with burns on his chest and stomach. While stumbling back to his vehicle, Sullivan found himself face-to-face with a bear, which tried to steal trout from his fishing line. But the beast was no match for the hardened outdoorsman; he managed to scare it away by clobbering it with a branch.

Sullivan’s apparent ability to attract lightning had a detrimental effect on his social life. There were times when people, fearing that they too might be struck by lightning, gave him a wide berth. “Naturally people avoided me,” he once said. “For instance, I was walking with the chief ranger one day when lightning struck way off. The chief said, ‘I’ll see you later.’”5

On one occasion Sullivan and his wife were hanging out washing in their backyard when a thunderstorm suddenly appeared and a lightning bolt issued from the heavens. Ironically, the lightning struck not Sullivan but his wife. One wonders if the bolt was actually intended for him.

There is a tragic conclusion to the story of Roy Cleveland Sullivan. He died on September 28, 1983, from an apparently self-inflicted gunshot wound. He left behind his wife, Patricia Morris. His marriage to Patricia, which occurred in 1962 when she was 19 and he 50, was his fourth. Either Sullivan killed himself due to depression caused by marital difficulties with Patricia, which tallies with the broken heart explanation, or he was murdered by Patricia and the crime successfully concealed by her. The latter possibility is touched upon in a 2013 Washington Post article by Tom Dunkel titled “Inside the Life of the Man Known As the ‘Spark Ranger.’” Presumably, too, the fear of undergoing another lightning strike helped push him over the edge. 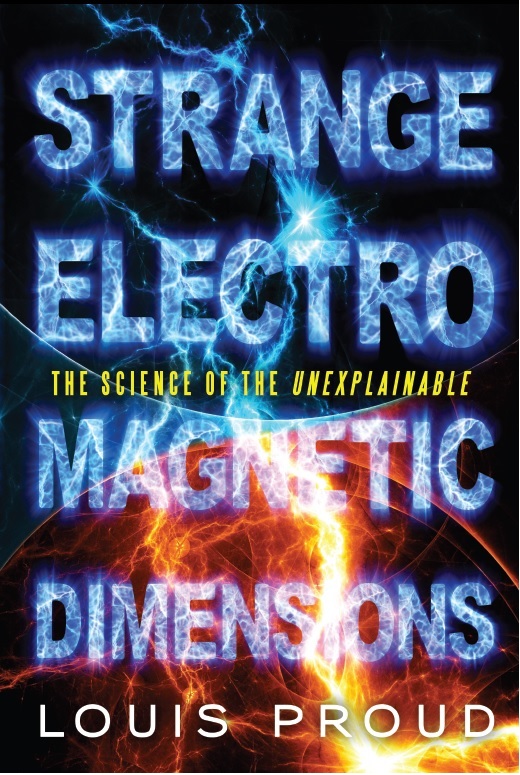 Even when we consider that Sullivan’s occupation placed him at greater risk of being struck by lightning than the average person, since it involved spending a great deal of time outdoors, we still have an enormous mystery on our hands. Kruszelnicki, who’s a staunch skeptic when it comes to UFOs, psi, and other unexplained phenomena, attempts to solve the mystery as follows: “[I]f the local geography of a landscape funnels thunderstorms down a particular pathway, and you happen to work in that pathway (say, as a park ranger), then you are more likely to be hit by lightning, which is what happened to…Sullivan.”6

Kruszelnicki is probably right to suggest that Sullivan worked in a pathway for thunderstorm activity. However, he seems to have overlooked the fact that many people work in such pathways yet have never been struck by lightning. Are we to assume that all Shenandoah park rangers, both past and present, are victims of lightning strike? There is the further overlooked fact that not all of Sullivan’s lightning strikes were sustained while inside the Shenandoah National Park. On one occasion he was standing in his own backyard when the lightning bolt struck him. And what about the strike he allegedly sustained as a child?

The Logic of Constitutional Fascism