The world’s oceans are vast, enigmatic places full of countless mysteries and strange sights. Yet the mysterious secrets of the seas are not confined solely to what we can see, but rather also what we can hear. Far from the stoic, silent underwater world many may imagine, the acoustics of the ocean are in fact awash with a constant cacophony of seismic activity, boats, sonar, marine creatures, cracking icebergs, undersea volcanoes, and many others. While many of these sounds have definite, known or mundane sources, there are others that have long managed to elude any sort of easy explanation. These are the eerie, unexplained sounds that pervade our planet’s oceans, standing out from all others as oddities that continue to defy simple answers.

Many of the mysterious audio anomalies of the ocean came to the attention of scientists with the help of a network of underwater microphones, called hydrophones, which were set up in the 1960s by The US Navy for the purpose of monitoring the movements of Soviet submarines. This network was called the Sound Surveillance System, or SOSUS, and was sprawled out along the ocean floor throughout various regions around the globe. The microphones were typically located on the seabed deep below the surface in a place known as the deep sound channel, a place where sound can travel thousands of kilometers due to the effects of the unique pressure and temperature gradient inherit to the zone which effectively funnel sounds without any interference across vast distances.

For years, the SOSUS system was used exclusively to listen in on the audio signatures of submarines and track their locations, and the various other potential scientific applications for such an extensive network of deep sea hydrophones were never really explored. It was not until the end of the Cold War that the network’s primary purpose became obsolete and the system of hydrophones was allowed to be accessed by civilian scientists. By analyzing the audio signatures of incoming sounds as they arrive at different microphones, scientists were finally able to locate and analyze a whole new domain of acoustics, and also one of mystery. What they heard down there in the depths was often able to be fairly quickly identified due to each sound’s unique sound signature, but the scientists also realized that many of the sounds were not so readily categorized. These mysterious noises of the deep come in a myriad of different types. Some are low frequency and others high, some shorts bursts and others long, continuous wails, and some happen only once while others can go on for years. The one thing they all have in common is that nobody really knows where they come from.

One of the strangest of these enigmatic sounds is the one known as Upsweep. The sound was first detected in 1991 emanating from across the entire Pacific. Besides this vast range, Upsweep showed a bizarre and totally unprecedented sound signature the likes of which no one had ever heard before in decades of listening in on ocean sounds. Upsweep is comprised of persistent, ongoing narrow band upsweeping noises that last for several seconds each. To the ears, the sound itself is described as sounding like the wail of an ambulance or the undulating howl of some huge beast.

In addition to its haunting audio signature, Upsweep exhibits some other rather unusual characteristics that add to its mystique. The impressive geographical range of the sound makes it difficult to attribute it to any one, localized source. Upsweep is additionally very consistent and uniform in nature, which is unlike the sounds produced by underwater volcanoes or earthquakes. The sound is also highly seasonal, always peaking every spring and autumn for no discernable reason. Furthermore, it has demonstrated remarkable longevity, occurring at peak volume continuously from 1991 to 1994, and even after that reverberating through the ocean at a lower intensity. The sound is seasonally audible even now, and no one is quite sure what it is.

One of the first ideas was that Upsweep was caused by whales, but this theory was quickly abandoned as the volume was simply too high for any known whales to generate and also did not move around from season to season like the song of migrating whales should have done. The sound also was much too uniform to be attributed to whales, whose songs are typically highly varied in their range, pitch, and amplitude. Seismic explanations were considered as well, but the uniformity and constant nature of Upsweep did not fit in with what is typically heard for these events. It was also suggested that the sound could be caused by simple water movements and currents producing a noise something akin to that of wind. Presently, it is thought that perhaps the sound is caused by the oscillation of some liquid as it reacts to coming into contact with lava, and one team of researchers think they have identified the origin of the sound as being in the southern Pacific in the vicinity of volcanic activity, yet the sound still does not conform to the known sound signatures of such events. Despite these various theories, the origin of Upsweep remains a mystery.

Another bizarre mystery sound is referred to as Slowdown, and was first detected in the Equatorial Pacific Ocean on May 19, 1997. It has been heard several times a year since, in both the Atlantic and the Pacific, and has been picked up on hydrophones nearly 5,000km (3,100 miles) apart. Slowdown is so named for its unusual characteristic of slowing down gradually over the course of 7 minutes. It has been described as sounding like an airplane going by.

Slowdown has typically occurred too far from SOSUS hydrophones to get a good fix on the exact point of origin, but one thing that has remained consistent is that it always comes from the south. This has led to speculation that it is perhaps emanating from the Antarctic. It was thought that the sound could perhaps be the result of military exercises using some new technology, but the Navy has denied any such activity in the area and maintains the sounds are not man made. One theory for the sound has been that the noise is created by the friction created by icebergs grinding against each other, the ocean floor, or even land to come to a halt, which would account for the slowing characteristic and eventual sudden stop of the sound. Additionally, the sound signature of Slowdown has been shown to be somewhat similar to that of icebergs scraping together. At the moment, the exact source of the sound remains unknown. 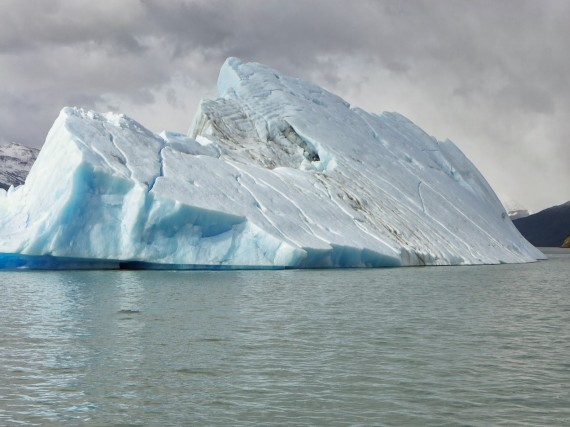 The movement of ice has been used to explain away other anomalous sounds as well. One of the weirder sounds picked up on hydrophone arrays is one called Julia. The odd sound was detected in the Equatorial Pacific on March 1, 1999, and sounds like a person cooing or whining. It has been speculated that it is most likely the result of a massive iceberg ponderously rubbing against the seafloor. Likewise, yet another sound known as Train has been theorized to be that of an iceberg scraping against the seabed. Train sounds just like its name implies, like a distant train going with its wheels clattering along the tracks.

Other noises have been chalked up to not ice, but fire. A common explanation for a variety of weird ocean noises is the eruption of undersea volcanoes. One example is the sound known as Whistle. Picked up in July, 1997, the sound resembles that of a kettle of boiling water. It is thought that it is perhaps caused by an erupting submarine volcano, however, since the sound was only detected once, and on only a single hydrophone, its origin may forever be a mystery.

Besides the explanations of ice movement, volcanoes, and earthquakes, there has from time to time been speculation that these mysterious undersea sounds are caused by some sort of unknown sea creature. Perhaps one of the most well-known and baffling anomalous ocean sounds is known as the Bloop. Recorded off the southern coast of South America by hydrophones nearly 4,800km (3,000 miles) apart, the sound is highly unusual in that it matches several of the common features found in sounds made by biological organisms, such as the rapid variation in frequency common in marine creatures. There is much debate as to what actually produced the noise, with a phenomenon caused by shearing and fracturing ice, called an “icequake,” being suggested as a more rational explanation, yet several biologists have stood by the theory that it was bellowed by some living organism. It is a romantic notion to be sure that some undiscovered monster of the deep is out there, but since the Bloop was heard over such vast distances, it would have to either be something far larger than any known sea creature or be something extremely efficient at producing sound. If it is something so large, then what sort of leviathan can we expect to find lurking in the murky dark? Whether it was made by a natural phenomenon or a terrifying monster, whatever the case may be, the Bloop has still not been satisfactorily explained. 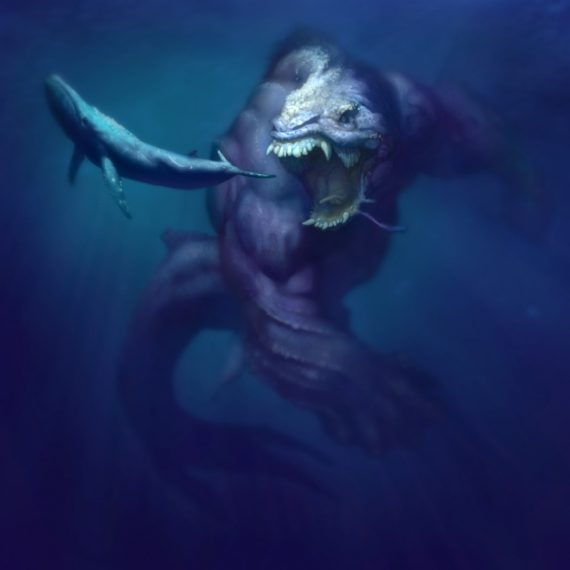 So what do we make of these anomalous ocean noises? Are they originating from a known source? Are they produced by some new undersea phenomenon we are not yet aware of? Or are these the sounds made by gargantuan mysterious sea creatures hidden within their remote lairs? For now we do not know. We know so little about the deepest recesses the oceans. We are far from cataloguing all of the species that call these places home, and we still have an incomplete knowledge of the various natural phenomena that go on here. We know so little that sometimes seems as if we have two parallel yet distinct worlds existing side by side on the same planet, the world we are familiar with and the alien, little understood realm of the deep blue cold of our oceans. It often feels that our oceans might as well be another, far away planet.

The sea is a noisy place, but this noise is not without meaning. Scientists plan to continue to monitor the hydrophones in the hopes that they will help to uncover some of the oceans’ secrets. These listening stations could give us valuable insights into the geological processes raging deep below the waves, as well as important information on the movement and nature of the ice of our poles. It is thought that such information could even help to monitor the progress of our ever rapidly growing climate problems. Just as we are gaining an understanding of these various phenomena, perhaps one day we will be closer to the answers we seek with regards to the mysterious, unexplained sounds of the deep sea as well.

Behind The Scenes of Ufology’s “Secret College”, Reviewed