It sounds like the plot of a James Bond movie. If it's true, can we convince Sean Connery to come out of retirement to save the world one more time? NORAD (North American Aerospace Defense Command) is now tracking a Russian space vehicle launched in May that has recently been making unusual movements towards other objects launched by Russia – movements that resemble those of a satellite killer approaching its prey.

The object, now code-named Object 2014-28E, was carried into orbit on a rocket with three Rodnik communications satellites used by the Russian military. No explanation was given for its unannounced launch. It has been under observation since its discovery and in recent weeks has begun making odd yet seemingly deliberate maneuvers. One thought is that it’s designed to collect or destroy space junk that could be deadly to other satellites or the International Space Station. That same movement could also mean something more sinister, according to Patricia Lewis, research director at think-tank Chatham House.

Whatever it is, [Object 2014-28E] looks experimental. It could have a number of functions, some civilian and some military. One possibility is for some kind of grabber bar. Another would be kinetic pellets which shoot out at another satellite. Or possibly there could be a satellite-to-satellite cyber attack or jamming.

While anti-satellite weapons programs were allegedly discontinued after the Cold War ended, rumors out of Russia indicate they may have begun again. The actions of Object 2014-28E could confirm this.

Is it time to panic? Time for cooler heads to prevail? Time to bring back Sean Connery to only live thrice? 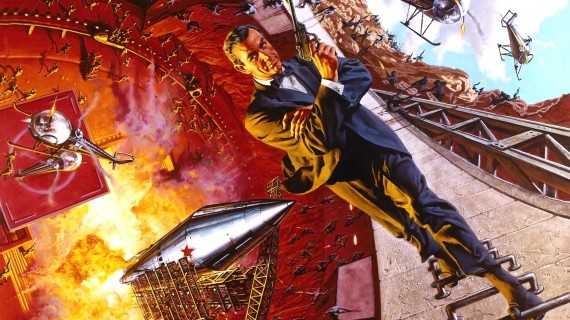