The Gunpowder Plot of 1605 is one of the best known events in British history. Every year on November 5th, the foiling of the plot is commemorated with fireworks and the burning-in-effigy of Guy Fawkes, the best known of the conspirators. Ostensibly, their aim was to persuade the government to take a more tolerant attitude toward Roman Catholics... by blowing up the Houses of Parliament. But does that make sense? The actual effect was quite the opposite – a hardening of anti-Catholic feeling across the country. Before the end of the 17th century, people had begun to speculate that the Gunpowder Plot was, in fact, a false flag operation aimed at achieving exactly the result it did achieve.

The basic facts of the case are well established. At the end of October a junior member of the House of Lords, Baron Monteagle, received an anonymous letter warning him to stay away from the State Opening of Parliament on November 5th. Unsure what the letter meant, Monteagle passed it on to the King’s Secretary of State, Lord Salisbury. In turn, Salisbury showed the letter to King James I, who had succeeded the far more popular Queen Elizabeth I two years earlier. The King interpreted the letter to mean that an attack would be made on the House of Lords, which was duly searched. In the early hours of 5 November Guy Fawkes was discovered in the basement, along with enough gunpowder to destroy the entire building and everyone inside it.

It soon emerged that Fawkes belonged to a group of radical Catholics. With their plot exposed, the result was the polar opposite of everything they might have hoped for. More stringent anti-Catholic legislation was introduced, nationalistic paranoia against Catholicism intensified, and the previously unpopular King’s approval rating soared through the roof.

In today’s world of social media and instant communication, the situation would have attracted cynical suspicions from the start. When the supposed perpetrators of a plot lose out so badly, and their alleged victims gain so much, it’s natural to start thinking in terms of conspiracy theories. But that wasn’t how the Gunpowder Plot was viewed at the time. The conspiracy theories had to wait a couple of generations until one of history’s most audacious “false flag” operations hit the headlines... and then people started to draw parallels.

The Popish Plot dominated English politics during the 1670s. It was a hoax from beginning to end – the work of a small group of fervent anti-Catholics who created the appearance of a far-reaching Catholic plot to kill King Charles II. The latter was – in the eyes of many people – alarmingly tolerant toward Catholicism. The King’s own wife and brother were Catholics, and he had relaxed earlier restrictions on members of that faith. The Popish Plot put a stop to all that “progressive nonsense”. The country was gripped by anti-Catholic hysteria, and more than twenty prominent Catholics were falsely accused of treason and executed.

By the early 1680s, however, the Popish Plot had been exposed as a fraud – and the people of England knew they’d been conned. They began to wonder if their grandparents had been similarly conned back in 1605. Had the Gunpowder Plot been another False Flag operation? There were striking similarities between the two cases. They both involved alleged plots by Catholics against the Protestant establishment – and both resulted in worse, rather than better, conditions for Catholics.

There were differences, though. In the case of the Popish Plot, the accused Catholics were completely innocent of the charges against them. That wasn’t the case with the Gunpowder Plot. Guy Fawkes and his fellow conspirators really were Catholics, and they really did want to blow up Parliament. But who gave them the idea?

Retrospective conspiracy theories often target Lord Salisbury. After all, he was the one who exposed the alleged conspiracy to the world, and he was the one who went on to foil it like a blue-blooded English hero. Does this mean Salisbury was the real architect of the conspiracy... who somehow contrived to put it in the minds of the Catholic rebels? If that sounds too far-fetched, there is another possibility. Maybe Salisbury discovered the Catholic plot weeks or months before it was put into effect, and allowed it to go ahead just so he could jump in and foil it at the last minute. That’s just the sort of thing a ruthless, scheming politician might do to further his career.

Although most people associate conspiracy theories with the 21st century, the ideas behind them are as old as human civilization. The Popish Plot and Gunpowder Plot are just two of the many topics covered in my new book Conspiracy History . With a preface written by Mysterious Universe regular Nick Redfern, it’s packed with more than two millennia’s worth of hidden agendas, secret societies, convenient accidents and not-so-lone assassins. 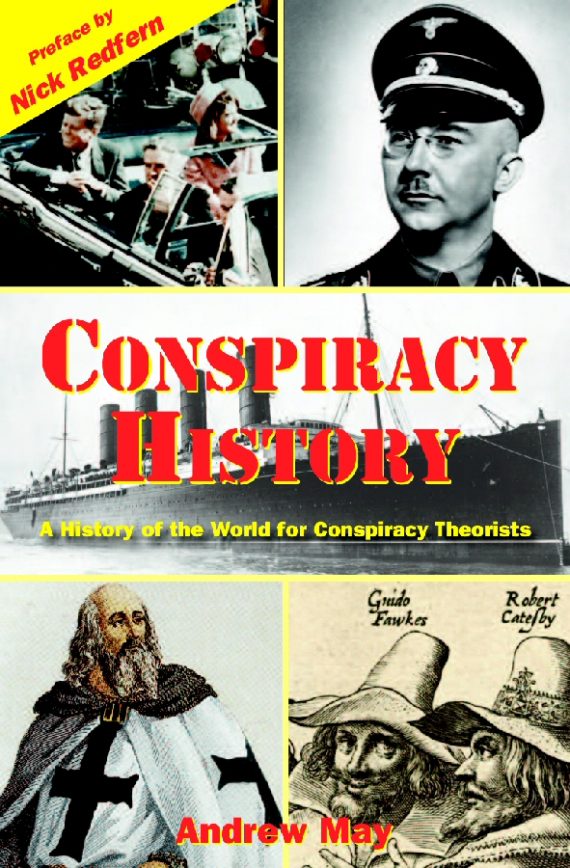 The Quest for the Fountain of Youth