The Rendlesham UFO: Which Scenario?

In March 2014, I wrote a 2-part article on the many and varied scenarios that have been put forward to explain the controversial events that occurred outside of Roswell, New Mexico in the summer of 1947. As I noted, there are more than a dozen explanations out there. Clearly, they can't all be correct, but somewhere within the tangled mass there probably exists a secret truth that has remained hidden for almost seventy years.

It's much the same with the UK's most famous UFO event, the Rendlesham Forest affair of December 1980. Without doubt, the most widely accepted scenario within the UFO research community is that extraterrestrials landed/manifested in those dark woods in late December. There is talk of a small, intelligently controlled vehicle moving through the trees, of lights beaming down to a weapons-storage area in the vicinity, of bizarre activity in the woods, and of strange, dwarfish entities seen at close quarters.

On top of that, we have data and testimony suggesting a major cover-up was put into place to hide the truth of the other-worldly event. There is even talk of local prisons being primed for evacuation at some point between December 26 and 28, 1980. And, as with the Roswell controversy, there are multiple theories swirling around that offer explanations for Rendlesham which have nothing to do with UFOs, as you will now see.

Now, before certain people start screaming and whining in the Comments section, I'm not saying that aliens did not land in Rendlesham Forest. I actually think the case is a highly credible one. However, I also think it's very important to address every avenue and every theory. And, make no mistake, there are plenty of those theories and avenues available for scrutiny.

One of those who tried hard to get to the bottom of the Rendlesham mystery was Ray Boeche, a former Mutual UFO Network (MUFON) state-director. Boeche spent a great deal of time digging into the Rendlesham puzzle. In late 1991, Boeche had the opportunity to meet in person with two US Department of Defense scientists. They told Boeche that while something very unusual happened in Rendlesham Forest, it had zero to do with ETs.

When I interviewed Boeche about this in 2007, he told me with respect to his DoD informants:

“I found it interesting that they would mention Rendlesham at the meeting. They said there was a sense that this was maybe, in some sense, staged. Or that some of the senior people there were more concerned with the reaction of the men – how they responded to the situation, rather than what was actually going on."

Boeche continued: "That this was some sort of psychotronic device, a hologram, to see what sort of havoc they can wreak with people. But even if it was a type of hologram, they said it could interact with the environment. The tree marks and the pod marks at the landing site were indications of that. But how can you have a projected thing like a hologram that also has material, physical capabilities? They wouldn’t elaborate on this.”

There's far more to this weird saga of holograms at Rendlesham, which is spelled out in my book, Final Events. 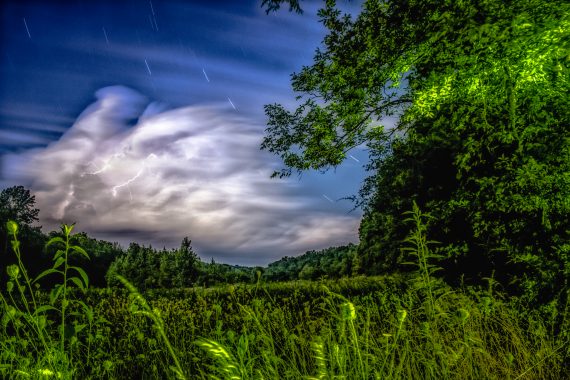 Ball-lightning, stated the report, is "roughly globular, egg-shaped, or pear-shaped; many times with projecting streamers; or flame-like irregular ‘masses of light’. Luminous in appearance, described in individual cases by different colours but mostly reported as deep red and often as glaring white."

The Weather Bureau’s study added: "Some of the cases of ‘ball lightning’ observed have displayed excrescences of the appearance of little flames emanating from the main body of the luminous mass, or luminous streamers have developed from it and propagated slant-wise toward the ground. In rare instances, it has been reported that the luminous body may break up into a number of smaller balls which may appear to fall towards the earth like a rain of sparks."

The document continues: "It has even been reported that the ball has suddenly ejected a whole bundle of many luminous, radiating streamers toward the earth, and then disapp­eared. There have been reports by observers of ‘ball lightning’ to the effect that the phenomenon appeared to float through a room or other space for a brief interval of time without making contact with or being attracted by objects."

Following the Rendlesham events of December 1980, one of those that witnessed the activity, Lt. Col. Charles Halt, prepared a memorandum for the attention of British authorities.

Halt told the Ministry of Defense: “…a red sun-like light was seen through the trees. It moved about and pulsed. At one point, it appeared to throw off glowing particles and then broke into five separate white objects and then disappeared. Immediately thereafter, three star-like objects were noticed in the sky… the object to the south was visible for two or three hours and beamed down a stream of light from time to time.”

He referred to a "stream of light" that was "beamed down." The ball-lightning report refers to the phenomenon "radiating streamers towards the earth." Halt wrote of a light that threw off "glowing particles." The Project Grudge documents refer to  "little flames emanating from the main body of the luminous mass." Halt said that the light "broke into five separate white objects." The Air Force documents say of ball-lightning: "...the luminous body may break up into a number of smaller balls..."

The parallels are clear and obvious. The problem with suggesting that what was seen in the woods was ball lightning, however, is that the phenomenon is a random one, and certainly not something that can be harnessed, controlled, and even directed through the skies. Right?

Survey of Kugelblitz Theories for Electromagnetic Incendiaries is a December 1965 document penned by W.B. Lyttle and C.E. Wilson, for the US Army’s New Concepts Division/Special Projects at the Edgewood Arsenal, Maryland.

The pair continued that if ball-lightning was "...to be developed as a distinct­ive weapon, a means of guiding the energy concentration toward a potential target must be achieved. Some preliminary considerations on this subject have resulted in the idea of applying laser beams to such a task.”

Guiding ball lightning to a specific target with the use of lasers? It sounds incredible. It also sounds like certain aspects of what was afoot at Rendlesham. Bear in mind, too, that the work of Lyttle and Wilson began fifteen years before the Rendlesham affair erupted. In other words, plenty of time to develop the envisaged technology.

Was such technology tested within, and above, Rendlesham Forest in December 1980? If so, did it employ a UFO-themed cover story to confuse the real nature of the event?  Who knows? Certainly not us!

And the theories continue. I well recall in the mid to late 1980s that the old Yorkshire UFO Society (YUFOS) spent time pursuing the theory that some form of Stealth-like drone, of a prototype nature, came down in the woods. Then, there's the saga of Porton Down and the alleged release of a biological agent - with mind-altering qualities - in the forest. 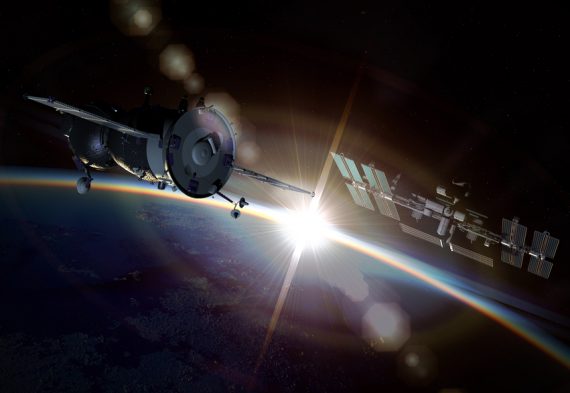 There is also the matter of Cosmos 749, a Soviet satellite that plunged through the earth's atmosphere just a few hours before the Rendesham events began, and which was seen burning up over significant portions of Europe. Rendlesham researcher Ian Ridpath noted that the satellite broke up as it hurtled through the skies, with "the last fragment" possibly having "burnt out somewhere east of Clacton."

For those who may be interested, Clacton-on-Sea is an English town situated around 40 miles from Rendlesham Forest. I have heard all sorts of tales about wreckage from the satellite coming down in (or near) Rendlesham Forest, and of debris being found in the waters off the east coast of England - and temporarily housed somewhere on the Royal Air Force Bentwaters-Woodbridge bases that, in 1980, dominated the area around the forest.

I've even heard controversial stories of Ministry of Defense technology to semi-"guide" the failing satellite to a site where surviving portions of it could have, potentially, been secretly retrieved for analysis. It's hardly surprising that this particularly controversial aspect of the story has reached a definitive dead-end. So far...

So, where does all of this leave us? It leaves us with a multitude of theories, spinning heads, and no solid answers.

Something of major significance clearly occurred in and around Rendlesham Forest in December 1980; in my mind, there's no doubt about that.

Do I think there's a good chance it was something definitively unearthly? Yes, I do. However, I also believe that it's important we address the idea that Rendlesham may have been something homegrown, too. If only to rule out such possibilities. Of course, diligent investigations might demonstrate that one of those homegrown possibilities may have to be ruled in...