Was the “God Particle” a False Prophet?

Upon reviewing data from last years discovery by CERN of the Higgs boson particle, an international research team now claim that the particle discovered may not have actually been the mysterious “God Particle”, but instead something quite different.

Last year, the European Organization for Nuclear Research (also known as CERN) revealed that a new sub-atomic particle they had discovered fit into the measurements of the then theoretical Higgs boson particle. However, a new international research team evaluating the data now believes that it may have been something different; something with implications that could alter the fabric of our scientific understanding.

"The CERN data is generally taken as evidence that the particle is the Higgs particle. It is true that the Higgs particle can explain the data but there can be other explanations, we would also get this data from other particles," explained member of the research team Mads Toudal Frandsen, associate professor at the Center for Cosmology and Particle Physics Phenomenology, Department of Physics, Chemistry and Pharmacy at the University of Southern Denmark. 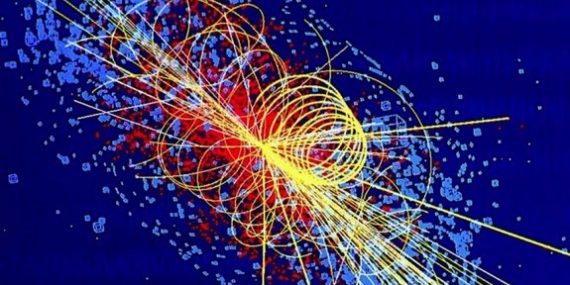 "We believe that it may be a so-called techni-higgs particle. This particle is in some ways similar to the Higgs particle -- hence half of the name," says Mads Toudal Frandsen.

The Higgs boson discovery was originally thought to be the missing link in a model for how the universe was created. The Standard Model, as it has become known, postulates that all forms of matter and energy are governed by small set of laws and theories. The major goal of physics working to comprehend this model is to unite all these theories and laws into a “theory of everything”, by which the behavior of all matter and energy can be better understood.

The techni-higgs is something completely different.

If the techni-higgs particle exists, it would require a force to bind them together. The four current known forces of nature, gravity, the electromagnetic force, the weak nuclear force, and the strong nuclear force, are not enough to bind techni-quarks together. Thus, a new undiscovered force would be required to make this particle possible.

What this force could be is still unknown, but it is for the time being called a technicolor force. Dr. Frandsen believes that further data provided by CERN will help shed light on this issue, with more research expected to continue in the future.

Mysterious Universe coverage of the original CERN discovery can be heard by downloading episode 7.10 of plus, currently available at the MU store.