What’s your favourite movie monster?  There’s lots to choose from, obviously.  There’s your more traditional monsters coming out of our literary history, like vampires and werewolves.  There’s golems and the like.  Of course ghosts, ghouls, and demons are a hit these days.  The English language doesn’t really do this subject justice.  It’s adequate, but the Japanese have really cornered the market on movie monsters and what to call them; they call them kaiju.

Kaiju literally means strange creature.  You’re probably familiar with the term because of the 2013 blockbuster hit film Pacific Rim.  They called the giant, alien, monster things Kaiju, though they sort of got the name wrong.  Kaiju, in Japanese culture, are sorted into a few different categories.  The two main groups are kaiju eiga and daikaiju; the former meaning roughly humanoid shaped monsters, the latter…giants.  It’s that second category that’s on my mind today.

Examples of daikaiju are, as mentioned above, the Kaiju from Pacific Rim, but also the famed Godzilla (in all his various forms) and Godzilla’s notorious enemies, such as Mothra.  Even King Kong could be considered daikaiju.  My personal favourite is the Cloverfield monster (whose creative origins are aligned with both King Kong and Godzilla).  One of the things that seems to attract people to these daikaiju or giant monsters, is their size.  Modern cinema is in the unique position of being able to use technology to bring to life things that formerly were the sole domain of imagination, or perhaps animation.  We can now see, in ultra-high-definition, these true monsters coming to life on the big screen, and on the smaller – but still quite large – screens in our living rooms, whenever we want.  The storytellers of our age have made monstrosities more real than ever before, and as a result, they’ve blurred the line between reality and fantasy for a lot of people. 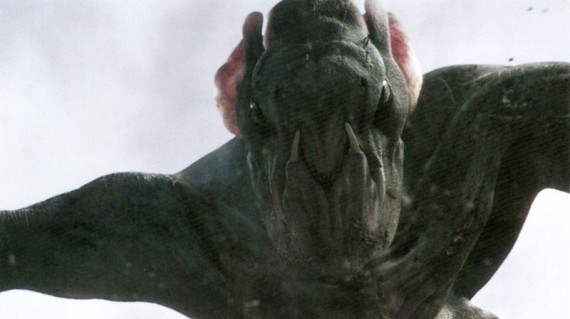 Don’t get me wrong, no one thinks the Cloverfield monster is real (or, not many do), nor does anyone really think Godzilla-like creatures are waiting for us at the bottom of the deepest ocean trenches.  A good many people though, seem to be of the opinion that such creatures could exist.  And I hate to burst their collective bubble, but physics disagrees.

There are laws governing the potential size of animals on earth.  No, not laws that would allow over-zealous cops to slap the biggest set of handcuffs you’ve ever seen on King Kong (though I’m sure they’d like to), but natural laws…laws of physics.

You know what a natural law is, right?

By definition, a natural law is a set of circumstances that govern a process, which are derived by nature (as opposed to man) and are therefore universal.  Now, there are different kinds of natural law.  There are those debated by philosophers and theists regarding morality and justice and all manner of things political.  There are also scientific natural laws, which are basically just descriptions of how things are, in nature.  They’re called laws because these things that they describe, to the best of our knowledge, are universally consistent or otherwise immutable.  That means that they are the same, no matter where you are, or in what conditions you find yourself.

Caution: science and math ahead

Gravity is a law.  The law of gravity states that all objects with mass will attract each other at a specific rate.  More specifically, Newton's law of universal gravitation states:

That equation holds true for any two objects, anywhere in the known universe. 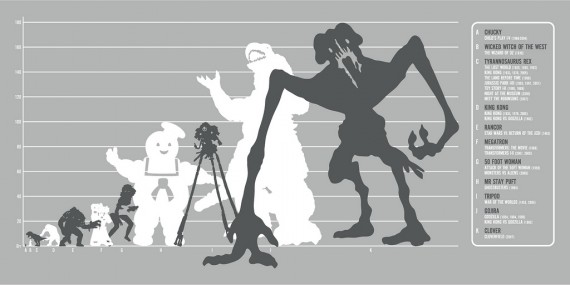 The reason I bring that up is, there are natural laws standing in the way of any life form developing to the size of King Kong, Godzilla, or Cloverfield, at least on Earth.  The one that comes to mind is the square-cube law.

This is a mathematical concept whose origin is credited to Galileo Galilei, and it states:

Even if you don’t really understand the math, you can see that this means one very important thing; it means that whenever an object’s size doubles, its volume (and in this case, its mass) would be eight times greater.  ‘Why is this important?’ you might be asking.  It’s important because of that earlier equation, from Newton.  Our mass determines the strength of the gravitational field we generate.  So, obviously, if you get bigger, you get heavier.  The problem is, because of the square-cube law, we get much heavier much faster than our bodies can handle.  And that applies to any object on Earth. 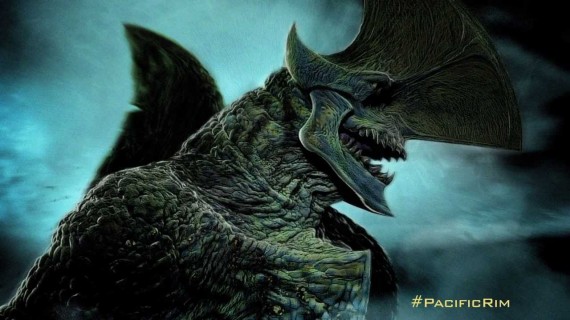 A rock that doubles in size, triples in weight.  With rocks though, that tends not to matter, both because rocks don’t actually grow, and because the tensile strength of its material remains the same the larger it gets.  In living things, however, the story is quite different.

When an animal doubles in size, its too increases eight times its original weight.  The problem is that its muscles would increase by the square of the scaling factor (how much it’s grown) but its weight would increase by the cube of the scaling factor.  So, its muscles would soon not be strong enough to support it.  The same is true for its skeletal structure.  Once it grew past a certain tipping point, its bones would no longer be strong enough to support the disproportionate weight increase.

"...consider a man 60 feet high...Giant Pope and Giant Pagan in the illustrated Pilgrim's Progress.... These monsters...weighed 1000 times as much as Christian. Every square inch of a giant bone had to support 10 times the weight borne by a square inch of human bone. As the human thigh-bone breaks under about 10 times the human weight, Pope and Pagan would have broken their thighs every time they took a step." (Haldane 1926)

Thus, the elephant must have a drastically different physique than the mouse. 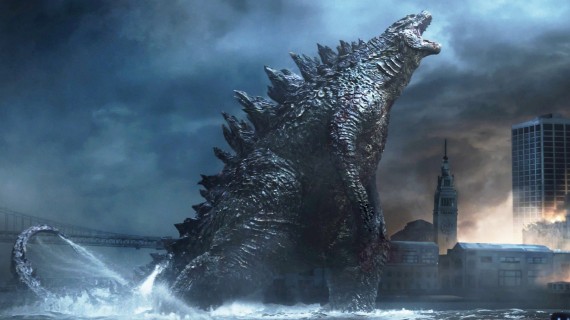 There are other reasons why such monstrosities could not survive even a minute on Earth (except perhaps in water, where buoyancy counteracts gravity somewhat), such as the respiratory and cardio-pulmonary system that would be required to deliver oxygen to the creature’s muscles and organs.  To pump that much blood through such a vast circulatory system, would require lungs and a heart so large that they likely wouldn’t fit inside the creature’s body.  And none of this even mentions the caloric intake such a monster would need to sustain itself.  The largest dinosaurs that ever existed pushed the very limits of these natural laws, some more successfully than others, and their fossils tell the story of the price they had to pay for such grand scales.

You see, it’s an impossibility on our little planet.  Though maybe not on others.  There could be conditions on other planets, in other galaxies – low gravity, different atmospheres, different respiratory requirements (if respiration were required at all), and different methods of sustenance – that might support creatures of such immense proportion.  But, as for giant alien creatures destroying New York in an evening, it’s safe to say that it’s extremely unlikely, if not impossible.