Popular skeptic James Randi is a wizard. He can say things that aren't true, and then, as if by magic, make them "disappear". Well, at least he seems to think so... after all, he has been a stage magician for a number of years, so sleight-of-hand is kinda his thing. But according to a recent article in the Telegraph, over the years Randi may have been involved in more than just misdirection for sheer purpose of entertainment.

In the beginning, it was Randi's interest in magic and the spectacle of performance that drove him to become a practitioner of stage illusions and escape artistry. And eventually, like harry Houdini and others before him who became appraised of the reality behind pseudoscience touted as spiritualism, mediumship, and other such things from beyond the proverbial aether, Randi became a harsh opponent of the unexplained.

Like many in the popular circles recognized as the "Skeptic Movement" today, it was his abrasive attitude toward unscientific claims that helped Randi garner so much attention. In many cases, perhaps these actions were justified; the necessity for skepticism (and often, the justification for being abrasive) is warranted, some would say, on account of the harm many have incurred as a result of such things as faith healing rather than medical treatment, or clever con artists employing trickery to extort funds from the gullible.

There have been other times, however, where Randi's apparent disdain for the unscientific has been rather ideological, and in fact, resulted in dishonesty. Such is the assertion alleged in a recent article by Will Storr that was carried by The Telegraph, in which a number of Randi's own claims are called into serious question. Namely, Randi claims that scientific experiments he and others reproduced had conclusively debunked the research of Dr. Rupert Sheldrake, when in fact, no evidence for this has been forthcoming, and Randi has been caught lying about the circumstances surrounding his inability to account for the discrepancies. 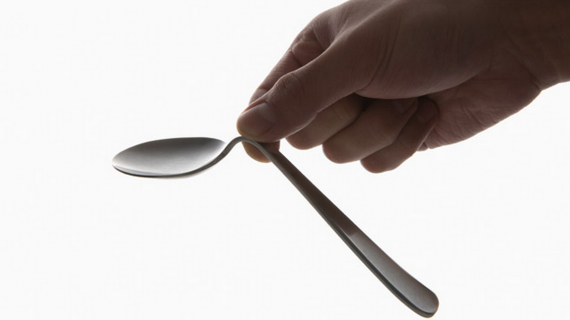 There is obvious dubiousness that can be associated with many claims touted as "evidence" of the unexplained. This, however, must be expressed with full acknowledgement for some possibilities that nonetheless may warrant an open-minded attitude. Advocating this myself has been a position which, though justified in my view, has drawn the criticism of a number of members of "Popular Skepticism", which generally maintain that anything which cannot be fully accounted for must therefore not exist; an absurd standard, in my opinion. Following such logic, we could go ahead and mark from our lists dark matter, the Higgs Boson particle, and any number of quasi-understood natural phenomenon... to hell with whether there is at least some scientific argument to be made for their existence.

Among the ranks of this sort of ideological thinker--the entrenched "belief-system of disbelief" that is often touted as modern Skepticism--there have, in fairness, been a few bad apples from time to time. While advocating an honest approach to criticizing extraordinary claims, some have committed questionable activities themselves, ranging from unfair tirades launched against religious organizations, to allegations of sexual indecency, personal attacks that border on gender intolerance, and even fraud that led to incarceration. But does this paint the "Skeptic Movement" in a bad light? Not so much, to me, as it shows that people from all walks of life are fallible, and just as prone to use poor judgement which sometimes gets them in trouble. The hard-lined "Skeptics", in essence, are sometimes no better at the whole "being human" thing than the hucksters they have made careers out of attacking.

Which brings us back to James Randi, a fellow who has been controversial for a number of years anyhow. Storr's article in the Telegraph outlines a character who has not only lied repeatedly, but whose organization, JREF, also seems to be less than forthcoming with what the organization's annual income actually goes toward, so far as grants and other means of supporting education, which is its stated objective as a non-profit educational foundation. Storr writes:

I’ve begun to wonder about his educational foundation, the JREF, which claims tax exempt status in the US and is partly dependant on public donations. I wondered what actual educative work the organisation - which between 2011 and 2013 had an average revenue of $1.2 million per year - did. Financial documents reveal just $5,100, on average, being spent on grants.

There are some e-books, videos and lesson plans on subjects such as fairies on their website. They organise an annual fan convention. James Randi, over that period, has been paid an average annual salary of $195,000. My requests for details of the educational foundation’s educational activities, over the last 12 months, were dodged and then ignored.

The purpose here, of course, is not to attack JREF, but rather to simply hold them to the same standards of accountability to which any other organization should be expected to yield. If fairness and truth, above all, are truly the standards that skeptical thinkers are promoting, then transparency should be paramount to any organization associated with education along those lines.

Perhaps among the most revelatory elements in Storr's article are the dialogues between he and Randi, in which the latter seems to backpedal in an attempt to account for discrepancies about the Rupert Sheldrake affair:

[Randi]: “What specific experiments are you referring to?”

[Storr]: “The ones you told Dog World magazine you’d done,” I said. “In New York. The owner was killed, the dogs are in Mexico and you lost the files in a flood.”

“That was one of the hurricane floods,” he nodded... “I must admit to you that I don’t recall having said that these tests were even done. But I’m willing to see the evidence for it.”

I handed him the emails Sheldrake provided.

Pressed about his treatment of Sheldrake, he insisted he didn’t lie because when he made the offer to send the data it hadn’t yet been destroyed by Hurricane Wilma. It was only after our meeting I realised Wilma took place four years before he stated that the data was available. But before we parted, I told him my research painted a picture of a clever man who is often right, but who has a certain element to his personality which leads him to overstate.

Randi has long claimed to be an advocate of rationalism and scientific knowledge. He also holds a number of awards for his promotion of such ideals, in addition to feats ranked among Guinness World Records, and acknowledgement by humanitarian groups. It may seem easy to take a shot at Randi, in light of all the negative press described earlier. But it is more important to note that any professed "skeptic," in the tradition of questioning claims which seem to be unsupported by some basis in fact, should look at Randi's actions here, and wonder also whether the skeptical arguments against pseudoscience aren't equally prone to offer data from time to time that facts can't support. This should be questioned, regardless of how far-stretched the arguments of his opponent (Sheldrake, in this instance) may seem to some, and whether or not one chooses to agree with them.

In doing so, rather than to break down the great house of modern Skepticism, perhaps we should accept that there are indeed biases, if not outright lies, that sometimes support what skeptical thinkers present as "facts"; which means they are really just beliefs in their own right, and in such instances, aren't very skeptical at all.