Nightmarish Invaders of our Dreams

Just a few days ago, here at Mysterious Universe, I wrote a review of Heidi Hollis' excellent book, The Hat Man: The True Story of Evil Encounters. It's a book I recommend to anyone interested in matters of a paranormal-, UFO- and supernatural-themed nature. In my article on Heidi's book, I noted the following:

"Many of the encounters occur while the victim is in a distinct altered state – that of sleeping. Nightmarish accounts of terrifying visitations, in the early hours of the morning, from the Hat Man abound in the pages of Heidi’s book. None of them are positive. All of them are negative. The Hat Man appears to be attracted to or provokes (maybe, even, both) bad luck, misfortune, ill-health, and even death. Soul-stealing may be one of the calling cards of the horror in the hat."

It's intriguing to note that in the comments section of the article, user "MercuryCrest" told of his very own dream-based encounters with the Hat Man, and also of how he had a dream world he often visited, one filled with both cities and landscapes that remained fairly consistent throughout.

In my own files, I have many reports of hat-wearing Men in Black invading the dreams of people in the early hours (fedora-wearing entities which, in hindsight, are very similar to Heidi's Hat Man - if not one and the same). I also have reports where the MIB intrude upon the sleeping state of the individual and bleed them dry of their energy - leaving the victims feeling exhausted, starving, and not unlike a diabetic in crash mode.

What makes all of this even more intriguing is that last week I started re-reading one of my all-time favorite novels, Yarrow by Charles de Lint, which was published in 1986. If you aren't familiar with de Lint's work, you're missing out! It's very much fantasy-based, and most often focused on tales of dark and mysterious woods, magical entities, and menacing beasts and characters. 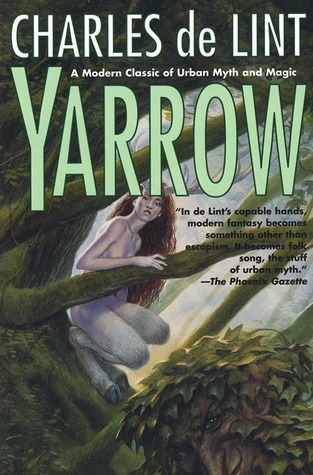 In Yarrow, the main character, Cat, is a Canadian novelist who - like de Lint himself - writes fantasy novels. But, in the story, Cat gets the inspiration for her ideas by traveling to a magical realm while she is in a dream state. In other words, when she sleeps, Cat is literally in another world. And, it's the things, events, and characters that she crosses paths with while sleeping that become the subjects of her novels.

But, there is something else, too. Or, rather, someone else: a murderous character named Lysistratus. He is an incredibly ancient being who, essentially, feeds on dreams as we feed on food. And, it's when this menacing figure targets Cat, that we see terror and chaos erupting not just in her own world, but also in the dream-based realm she visits, too.

Now, maybe I'm making too much of things, and yes I do re-read Yarrow every couple of years (as I do with a number of de Lint's excellent novels), but I have to say I find it odd and intriguing that my current re-reading of the book coincided - purely coincidentally - with my reading of Heidi's Hat Man book. I also find it intriguing that MercuryCrest talks about traveling regularly to a dream world, which is exactly what Cat does in Yarrow.

As for the Lysistratus character in Yarrow, he doesn't roam around town in a black suit and a fedora. Most of his dream-hunting is, however, conducted at night, as would make perfect sense. On top of that, he is a decidedly bone-chilling character, one who effortlessly moves between our world, and the one of dreams and nightmares - all the while exhibiting significant mind-control abilities over his targets and victims.

In that sense, Lysistratus is something very akin to the Hat Man and the MIB. And there is something else, too; I'm pretty sure that all of these strange characters, such as the Hat Man, the Men in Black, the Shadow People (and even the Black-Eyed Children), are inter-connected. And there's one more character that falls into this category of anomalous entity, the creepy Slender Man. 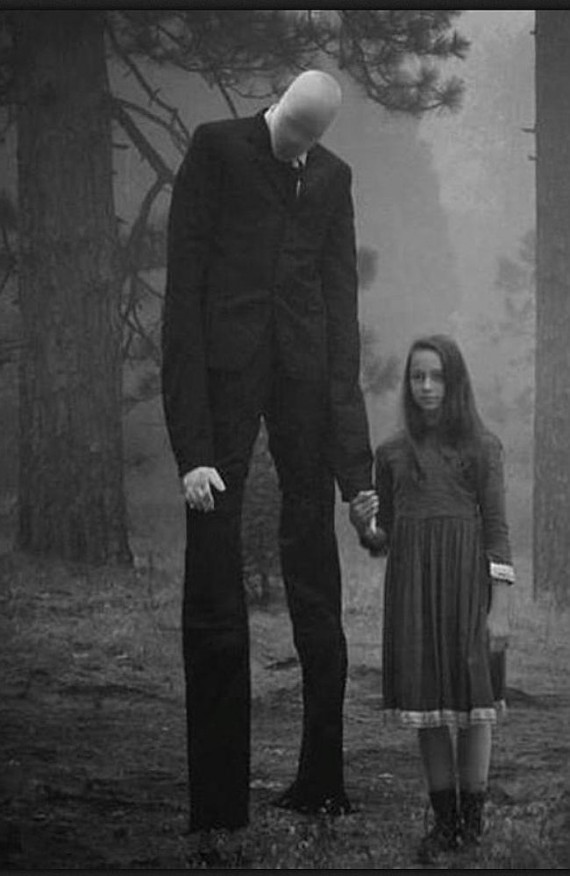 There are more than a few accounts of this evil thing popping up in dreams, as this case, which is just one of many, demonstrates. And how is Lysistratus described in Yarrow? As a "...tall slender man."

Heidi Hollis' The Hat Man, Charles de Lint's Yarrow, the timing of my reading of the former and my re-reading of the latter, MercuryCrest's comments about visits to dream worlds, Lysistratus' dream-invading skills, his description as "a slender man" - is this all only a weird and collective coincidence that, time-wise,  is going down right now?

Yes, maybe I am making too much of it all. Then again, maybe I'm not. Perhaps, in a weird, synchronistic fashion, something is subtly letting us know that dreams - and the things that inhabit them and intrude upon them - are not what they appear to be, namely mere fantasy. They may actually be a kind of terrible, nightmarish reality.