Most people head to the Bay of Islands on the northern tip of the North Island of New Zealand for the big-game fishing and sailing. New Zealander Pita Witehira was looking at Google Earth photos of the area because he has property near Oke Bay. What he saw was not a game fish or a sailboat but the wake of a creature that appears to be 12 meters (39 feet) long.

Witehira, an engineer, was looking at a Google Earth satellite photo taken on January 30th when he spotted the mysterious and unusually large wake. He contacted Google and was told the company doesn’t speculate on what anomalies in its photos might be but the person thought it was the wake of a boat.

Witehira disagreed with Google’s suggestion because there is no white foam that would have been churned up by a boat motor. He had his own thoughts on what it might be.

It’s got to have a lot of weight under the water to create that kind of drag. The native Maori would call this a Taniwha as it appears not to be a whale and it is far too big to be a shark. It is moving too fast and turning too sharply to be a whale.

The Maori believe the Taniwha are supernatural creatures that live in New Zealand rivers, lakes and coastal waters. They can be shaped like sea serpents or winged dragons or giant sharks and may even be shape-shifters. They are described as guardians of tribes and of the waters but many legends tell of them killing and eating people and kidnapping women. The belief is still strong in modern times as a highway was redirected in 2002 because the native people feared it would destroy the home of their Taniwha. 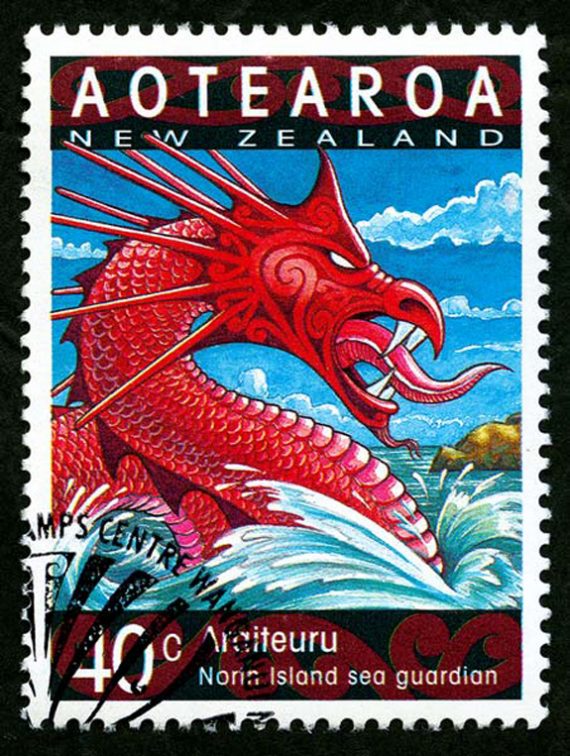 Was it a boat or did Pita Witehira see a Taniwha? If he did, he may want to heed the warnings of the Maori and not disturb its bay with a vacation home.