The Haunted Doll of Hokkaido

I don’t care what anyone says, dolls are creepy. Those dead eyes that seem to stare right through you, the features that fall right into the uncanny valley to prick at some part of the mind that tells us something isn’t quite right, the intangible sense of foreboding that seems to exude from them. They sit and stare, as if biding their time for some unknown agenda. Dolls just have some sinister quality to them that I can’t quite put my finger on. Regular dolls are bad enough, but when coupled with spooky curses and hauntings, they take on a whole other level of eeriness. There are many allegedly cursed or haunted dolls throughout the world, but perhaps one of the weirdest is a bizarre little abomination of a doll in Japan that is purportedly the home of a girl’s restless spirit and sports hair that keeps growing.

The story of the so-called Okiku doll starts in 1918, when a 17 year old boy by the name of Eikichi Suzuki purchased a doll for his 2 year old sister, Okiku, as a souvenir while visiting Saporro, on the Japanese island of Hokkaido for a marine exhibition. The doll itself was around 40cm (16 inches) tall and clad in a traditional Japanese kimono. Its eyes are black beads set within the life-like porcelain white face, and the black hair is in a traditional style cut shoulder length. Eikichi immediately knew his sister would love it and bought it right away. The overjoyed little girl was smitten with the doll, and played with it every day, even going so far as to name it after herself, Okiku. The two were reportedly inseparable and went everywhere together until tragedy struck the following year and Okiku fell gravely ill. The girl soon died from complications of severe influenza and fever, and the mourning family placed her beloved doll in a family altar in memory of their daughter.

Not long after the heartbroken family placed the doll in the altar, they noticed something odd. The jet black hair of the doll, which had originally been cropped to about shoulder length and with neat ends in the traditional style, started getting longer day by day and the ends of the hair became random and haphazard in length in contrast to the straight cut it had had previously. Before long, the hair had grown all the way down to brush against the doll’s knees, which caused the rather alarmed family to conclude that Okiku’s spirit had somehow inhabited the doll. Even when the doll’s hair was trimmed, it soon grew back inexplicably and always stopped at around knee length.

In 1938, the Suzuki family moved to Sakhalin but was wary of taking the mysterious doll with them. Since they believed that their daughter’s spirit resided within the doll, they were unwilling to discard it and so they instead brought it to Mannenji temple, in the town of Iwamizawa, Hokkaido, Japan. The family explained the doll’s unusual qualities to the priest of the temple, yet he accepted it anyway and soon was able to see for himself that indeed the doll’s hair continued to grow. Trimming the hair became a regular chore at the temple, and soon pictures of the doll with hair of various lengths were adorning the shrine where it was kept.

To this day, the doll remains at Mannenji temple, housed within a modest wooden box, and its hair purportedly continues to grow no matter how often it is trimmed. The haunted Okiku doll has become rather famous throughout Japan, with its story being adapted into novels, films, and traditional Kabuki plays, which have mostly expanded and dramatized the story to include more ghostly, spooky elements such as the doll giggling, sobbing, wailing, or walking about. 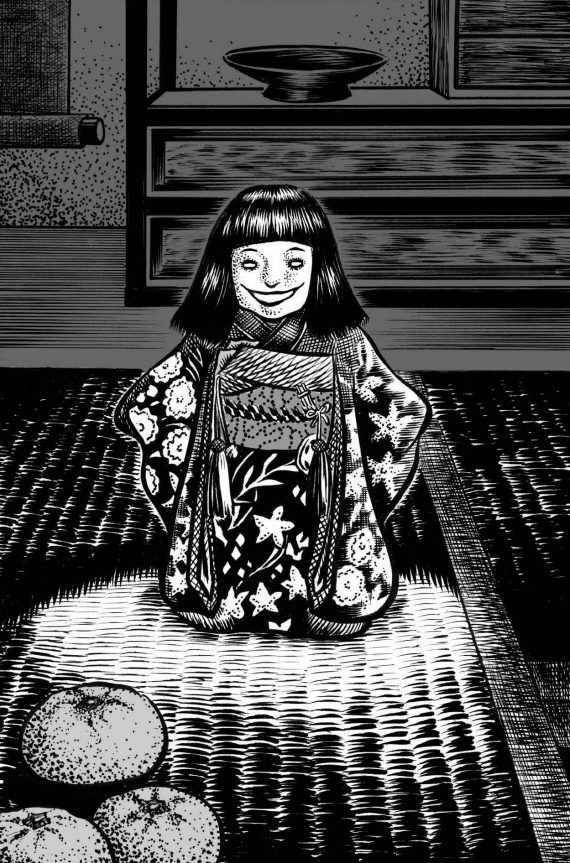 It is unclear what is going on with the growing hair of the Okiku doll. No one has really been able to explain how it has kept growing continuously for the better part of a century. Is this a truly supernatural phenomenon or some sort of hoax? Samples of the Okiku’s doll have been taken and analyzed in the past and it was determined that the hair was indeed human, but this does not necessarily point to a supernatural origin. What is going on with this doll? Is this some sort of trick or are there paranormal forces we don't understand compelling its hair to perpetually grow?

For now, anyone who wishes to take a look at the Okiku doll up close can readily see it on display at Mannenji temple. It continues to stand in its box as it always has, wearing its kimono, growing its hair, and staring out at visitors with its beady black eyes, perhaps even watching them right back.

The Cursed Forest of Transylvania