UFO Spotted Over the Statue of Liberty

Give me your tired, your poor, your … extraterrestrials?

The Statue of Liberty has welcomed everyone to the shores of New York City and now it appears she can add space aliens to her list. A video taken by a tourist shows what looks like a black circular UFO above the head of Lady Liberty, moving slowly and stopping and hovering.

Scott Kensington says his wife took the video while visiting New York City with his sister. He attribute the shakiness to the fact that she was freezing and not wearing gloves. The abrupt ending was due to the either the battery running out on her cell phone camera or the storage space getting filled up.

The UFO has no markings other that a grey area on the surface. There are no lights or vapor trails either. The black orb appears to be pulsating. Its speed was slow and constant until it stopped and remained motionless until the video ended.

The first thought of the two women, as well as many who view the video, is that the UFO is a balloon. Solar balloons are usually black to better absorb the sun’s heat. However, the sudden stop and subsequent hovering by the object makes it being a balloon questionable. Also, it appears too large to be a common Mylar balloon or a Chinese lantern.

Is it a drone? Again, the shape and the size suggest otherwise.

Is it a UFO? Unfortunately, the video ends before we can see the rest of the flight path and exit of the orb. Kensington makes no mention of it and no other witnesses have come forth. This being New York City, you might expect fighter jets to be mobilized, but that didn’t seem to happen either.

What do you think? Did a UFO visit New York City on an interstellar quest for cronuts? 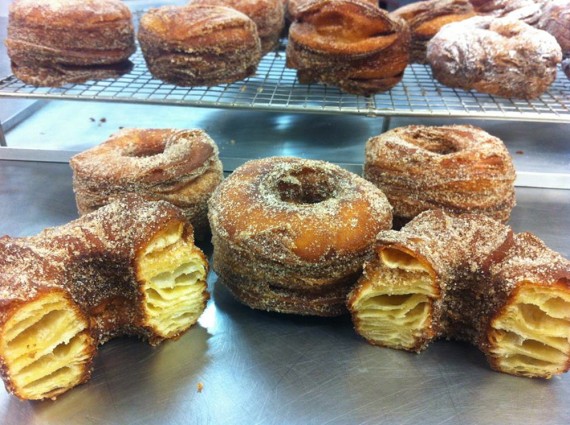