Alchemy and the Men in Black

The dark night of Saturday, September 11, 1976 was the decidedly ill-fated evening upon which the Orchard Beach, Maine, USA home of a certain Dr. Herbert Hopkins was darkened by a nightmarish MIB. Vampire-like scarcely begins to describe the terrible thing that descended on Hopkins’ home. When Hopkins opened the front door, he was confronted by a pale-faced, skinny, ghoul; one that was dressed in black, had dark and hostility-filled eyes, and sported the de rigueur Fedora hat.

The MIB made it very clear, and extremely quickly, that if Hopkins knew what was good for him he would immediately cease all of his then-current research into the life and experiences of a reported alien abductee: David Stephens, who lived in nearby Oxford. Hopkins, chilled to the bone, didn’t need telling twice.

Just for good measure, the undeniably malevolent MIB – in monotone fashion – told Hopkins to take out of the right pocket of his trousers one of the two coins that was in there and hold it in the open palm of his hand. Hopkins didn’t even think to wonder how the MIB knew the coins were there; he just did as he was told.

With a detectable threat in his robotic voice, the MIB ordered Hopkins to keep his eyes locked on the coin, which he did. To Hopkins’ amazement and horror, something terrifying happened: the coin transmuted. It turned blue in color; it shimmered slightly – as if in a mini heat-haze – and then, in a second or so, became 100 percent vaporous. After a few moments the vapor was gone. 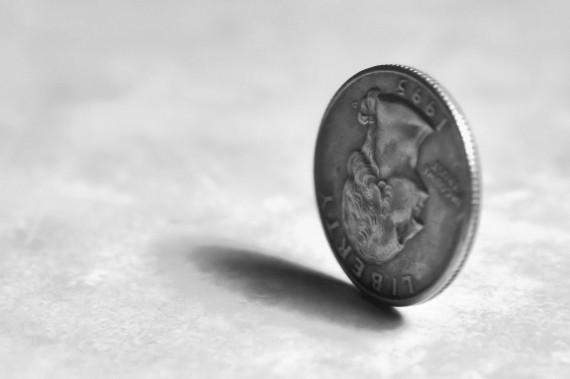 The MIB implied that he could do exactly the same thing to Hopkins’ heart. Hopkins got the message. The MIB shuffled his curious way to the door and vanished – as in literally vanished – into the chilled night.

The strange and enigmatic alchemists of old had the ability to morph metals, and regularly demonstrated such skills to amazed individuals. We would be hard pressed to deny they sound amazingly like centuries-old equivalents of Dr. Herbert Hopkins’ very own manipulator, or in this case destroyer, of metal.

And, on this very point, there is one important thing I have left until last, something which further amplifies the connection between Herbert Hopkins’ MIB and the alchemists of times long gone. According to Hopkins, at one point the MIB touched his finger to his lips – deliberately, for effect, it seems.

Although the man’s face and hands were utterly white, his lips were bright red. When the MIB removed his finger from his lips, it was stained red. This led Hopkins to suspect that the man, rather oddly and unsettlingly, was wearing lipstick.

On the other hand, it’s worth noting that, way back in the 17th century, one Wenzel Seiler’s exposure to the domain of alchemy occurred when he ran his finger across a large, oak table in the monastery in which he worked, and found it coated in a bright red substance. It was, supposedly, the enigmatic Philosopher’s Stone (none other than the mysterious red substance that could supposedly allow for the priceless alchemical transformation to take place).

It was almost as if Herbert Hopkins’ MIB was playing some strange, trickster-like mind-game with Hopkins, one in which he dropped a few, significant clues and hints to his – the MIB’s – linkage to alchemy...