Back in 2010, Anomalist Books published what is - beyond any shadow of a doubt - the most controversial book I have ever written. It's title is Final Events. To summarize, for those who haven't seen the book, it deals with a loose-knit, think-tank-style group in the U.S. Government that, for decades, has quietly investigated the UFO phenomenon from an intriguing perspective. I don't know their real title (if they even have, or had, one), but they nicknamed themselves the Collins Elite.

The group utterly believes in the existence of a UFO phenomenon that is non-human. They do not, however, have any belief, at all, that the phenomenon has its origins in outer space. Rather, they are of the opinion that the entire mystery falls under the banner of what can only be termed a satanic deception.

They conclude that a demonic agenda is at work, one which uses the UFO phenomenon as a kind of camouflage (as, they believe, it did in times long gone, and still does, with respect to such enigmatic "things" as goblins, fairies, Marian apparitions, and even the Men in Black, and strange creatures assumed by many to be of a cryptozoological nature).

Reportedly, it's a camouflage that helps the alleged demonic ones - referred to by those in-the-know at the Pentagon as Non-Human Entities, or NHEs - to get their grips into us, and lead our souls not only astray, but into enslavement and even some strange form of recycling and... wait for it... digestion. For the Collins Elite, the human soul is energy and fuel for the NHEs, in much the same way that the human body is fuel for the machines in the Matrix movies.

It's a story I was put onto eight years ago, when I spoke with an Anglican priest who also happened to be a former state-director of MUFON, the Mutual UFO Network. His name is Ray Boeche. Ray had a face to face meeting with two members of the group (a pair of physicists, working with the DoD) in late 1991, in Lincoln, Nebraska.

In January 2007, Ray very generously shared his information and recollections with me, something which led me further down the rabbit hole. And what a rabbit hole it was. It was filled with tales of military attempts to conjure up the NHE's via ancient ritual and rite, of supernatural gateways being recklessly opened, and of much more of a dark and menacing nature.

The reason I bring this up now is because I quite often get inquiries from people wanting to know if I will ever do a follow-up book to Final Events. Well, the answer is "no." Or, at the very least, it's probably "no." I don't have any plans - at all - to do something along those lines, chiefly because the new data I have uncovered could not justify it.

Put simply, it's intriguing, but it's not in-depth and extensive enough to justify doing much with it, right now. In that sense, the finished body of work would look like padding, rather than a full-length sequel.

But, that's not to say there has been a lack of new data and sources on this story. Quite the opposite, in fact. And I thought I would share some of that data with you, and which at some point I will likely expand into what will probably be a 15 or 20 page paper. 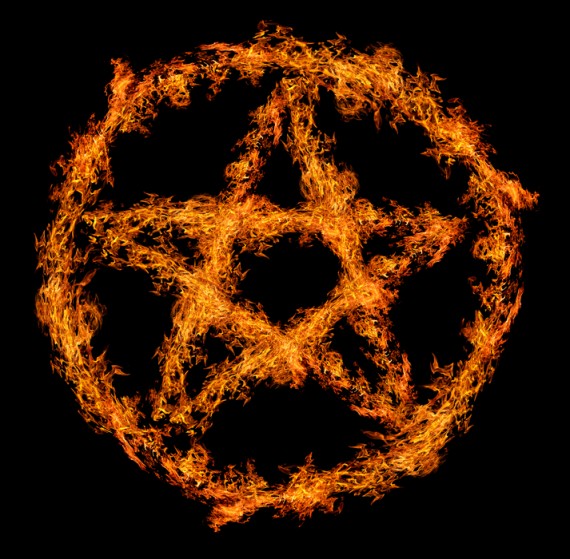 Back in 2012, I spoke with a theologian from Michigan who had read Final Events, and who told me he had been asked to deliver a lecture on demonology for a military intelligence group in the summer of 1993. There was nothing sinister about the situation. The invite was made directly, he was asked not to talk about it with friends and family (albeit certainly not in a threatening manner), and he and gave a presentation that was received warmly, and which was followed by an extensive, lively Q&A. No reason was given for why the presentation was requested.

Moving on, for quite some time I have been in regular contact with a woman whose grandfather worked in the field of intelligence in the late 1940s and early 1950s, and who was involved in an official, secret investigation of the activities of legendary rocket-pioneer and occultist, Jack Parsons. Parsons was a man who pops up on many occasions in Final Events, and who the Collins Elite came to believe helped the NHEs to open certain paranormal doorways that most of us would never, ever, want opening. Reportedly, the file focused heavily on Parsons' late 1930s/early 1940s connections to the equally legendary Aleister Crowley, and to Parsons' links to certain people in the early years of Ufology.

I'm also aware that two people in Ufology - one extremely well known, and the other significantly less so, unless you know where to look - were approached, some years ago, by representatives of the Collins Elite to join their ranks. They both declined the offers. Wise decisions or not, I'm far from sure.

I also have fragments of several stories of intelligence agency interest in lore and beliefs relative to the human soul and its manipulation and even separation - interest that, in part, has links to some of the early remote-viewing programs of the 1970s.

There are probably another fourteen or fifteen additional stories and snippets I've uncovered (or which have come to me, direct, from people who read the book). And so yes, I probably will do something with this one day. Final Events Part II? No. But almost certainly a published paper that may well assist in giving someone else a kick-start to look into aspects of the Collins Elite saga that may have eluded me...

Comet 67P May Break in Two to Expose Fluffy Insides