Energy-Sucking Vampires on the Rise

Over the past seven or eight months, I have noticed the creeping development of something very strange; something deeply weird,  and something downright disturbing. And what might that be? Well, let's take a look. I first need to explain one thing before we get to the heart of the matter. As someone who writes a lot of books and articles, and regularly takes part in radio shows, it's quite understandable that I end up being the recipient of a large amount of witness accounts of the high-strangeness kind.

Typically, because people have an awareness of the kinds of things that interest me, I tend to receive case-reports on the specific issues I'm intrigued by. This means, matters relative to things like Cryptozoology, and also to certain aspects of the UFO phenomenon, such as the Contactee movement, and the mystery of the Men in Black. It's also why I rarely ever find myself receiving reports of ghosts and haunted houses - they are subjects that don't really interest me.

All of which brings me back to the matter of what has been going on across the last seven or eight months. There has been a definite increase in the number of reports I have received of what I can only term predatory, paranormal entities. By that, I mean some of the weirder MIB-type creatures, the infamous Shadow People, and also a sub-category of the Shadow People known as the Hat Man. Personally, I have my suspicions that they are all part and parcel of a bigger, combined mystery. That, however, is a story for another day.

But, here's something that is both intriguing and unsettling. Not only have I had a huge influx of reports of such creepy critters in recent months, but in many of the cases the witnesses describe being drained by these eerie entities, and in situations akin to vampirism. Now, I don't mean that people have been bled dry (or dry-ish) by pale-faced, cloak-wearing, monsters with fangs and a fear of garlic. No, it's worse than that.

I have literally dozens of cases extending back to around last summer where people - predominantly, but not exclusively - in the United States have reported to me encounters with that aforementioned bunch (the Shadow People, the Hat Man, and the MIB), and where the witness has felt, as one person told me, "psychically drained" by the entity they encountered. 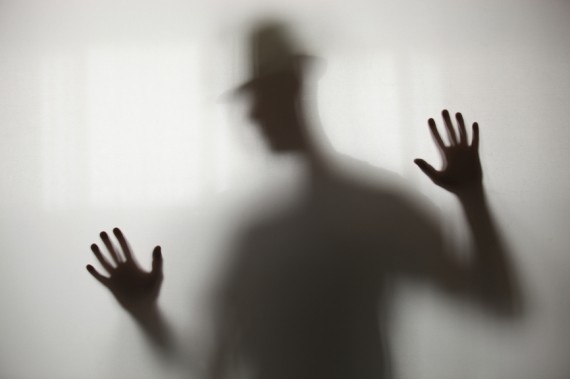 Another referred to the thing - in this case, a Hat Man - as having "taken away my energy." I have heard others use terms like "crashing" (as a diabetic who has missed a meal might explain it), "never-ending tiredness" and "eating my soul."

All of these many reports on record have that one, significant thing that links them all. The witnesses believe that the supernatural things they encountered (usually while they were in bed, and during the early hours of the morning) were "feeding" on them. As I said, not like a literal, traditional vampire. But, perhaps, by what we might call an energy-sucking vampire.

It's a vampire that seems to thrive not on a good amount of the red stuff, but on our very life-force, on our essence, on what it is that makes each and every one of us unique. Of course, if that is indeed exactly what is taking place then it begs important questions: What seemingly non-physical, energy-based part of us can be digested? How can it be transferred into a form of "fuel" for these entities? The answers are, we simply don't know.

Of course, one can find such examples of this kind of parasitic behavior throughout the world of the supernatural. It happened in the early 1950s with Albert Bender, whose physical health was hit hard by bouts of exhaustion, migraines, and nausea when in the company of the MIB. Cases of psychic attack - whether by demons, incubus and succubus, amongst many others - also display such effects on people, and have done so for centuries and even longer.

But, that's not the point. The point I'm making is that - from the reports I'm receiving, and for reasons unknown - this issue of "feeding" on the populace has taken a dramatic upswing in the last year. Is this indicative of something on the horizon? Is the world of the supernatural upping the ante for reasons that we can't fathom? Are other investigators receiving more and more reports of this "energy-sucking" type, in much the same way that I am?

If they are, and they're reading this, doubtless they will let me know.

Something is feeding on us, and it's getting more and more hungry...

A Fortean Farewell to SkyMall