Exotic Animals and a Weird Agenda

As someone who grew up in the West Midlands and Staffordshire areas of England, I take keen note of sightings of strange creatures seen in the vicinity. And, one particular interest of mine is the issue of water-based beasts reported in these parts. Back in the late 1980s, when I was working as both a fork-lift driver and van-driver, I heard a number of noteworthy stories pertaining to sightings of monstrously large, and decidedly violent, eels that allegedly roamed the winding canals of both the city of Birmingham and certain areas of the nearby county of Staffordshire.

One particularly memorable account originated with a lorry-driver who recalled such a sighting somewhere in Birmingham, West Midlands one summer’s day in the latter part of the 1980s; and that “shook the staff rigid” at a store that overlooked the stretch of canal in question. In this case, the animal was described as being dark brown in color and was said to be no less than an astonishing fifteen feet in length.

Supposedly, it had been briefly seen by a fork-lift driver, who had sat, not surprisingly mesmerised, watching it “circling” one particular area of the canal frequented by a large number of semi-tame ducks that the staff at the store would regularly feed with bread during their daily lunch-hour.

Then, in the early part of 2003, a story surfaced in the local press to the effect that the remains of a large, dead python had been found in the same precise stretch of canal where the giant eels were said to have been seen roaming years earlier. It was January 23, 2003 and the Birmingham Evening Mail newspaper splashed across its pages a story titled 15-Foot Python Dead In Canal. Steve Swingler, the journalist who broke the story, wrote:

“Walkers, joggers and cyclists have been pounding a towpath in Edgbaston oblivious to a near-15ft Burmese Python lurking just feet away below the water. The giant reptile, capable of killing a child, was fished out of the canal near Rotten Park Road, Edgbaston by the RSPCA [Royal Society for the Prevention of Cruelty to Animals] yesterday. It had been spotted by a terrified passer-by.” The beast, Swingler added, had only been dead for a short time.

Inspector Rob Hartley, of the RSPCA Rescue-Centre in Barnes Hill, told the newspaper, with much justification, that: “It’s like something out of a horror movie. This thing is massive; we’ve never seen one this big before. It’s a monster. We’ve measured it at fourteen and a half feet and up to 14 inches wide. It probably weighs at least 11 stone [154 pounds]. We don’t know whether it simply got too big for someone to look after and they let it go free or it escaped.” 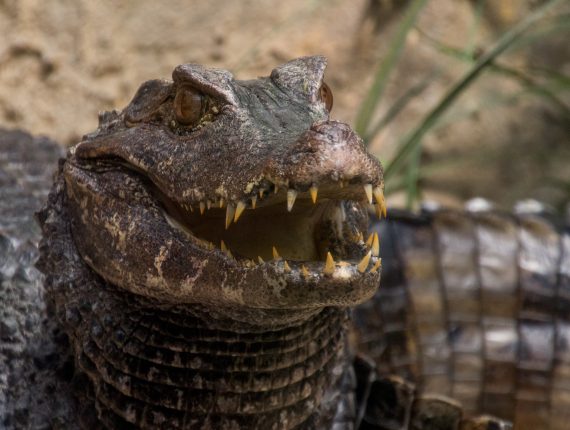 And more was to come. In the hot and humid summer of 2003, hysterical and pretty much near-unbelievable rumours wildly spread around the town of Cannock to the effect that a giant, marauding crocodile was on the loose in the area. Yes, really! Local police, the nation’s press, and even representatives of the Royal Society for the Prevention of Cruelty to Animals (RSPCA) all wildly rushed to the scene of the action – which was the Roman View Pond, just outside of Cannock – and valiantly sought to determine the full facts about what, amongst the local media and the populace, was fast becoming known as the "Cannock Nessie."

In reality, the "Nessie" turned out to be a three-foot-long Spectacled Caiman!

But, while investigating the affair at the time it occurred, Jon Downes recorded that: "...we found ourselves in the middle of Cannock Chase, and deep in conversation with the local wildlife-officers who told us that koi had also been turning up in isolated ponds across Cannock Chase, as well. It seems as if there is some kind of strange, Piscine Johnny Appleseed at work, doing his best to stock of the waterways of the West Midlands with these large, ornamental fish."

And, six years later, in 2009, it seems that someone was yet again up to their old, nighttime tricks, and once more anonymously dumping exotic creatures in a certain body of water around the town of Cannock. On this occasion, however, the scene of all the action was a small, three-metre-deep pool that is hidden in a corner of the Brickworks Nature Reserve at Wimblebury - which is only a stone’s throw from the heart of the Cannock Chase.

As the Chase Post newspaper humorously noted, up until recently "the only things lurking in the murky waters were six bicycles, a shopping trolley and scaffolding poles." But all that changed in 2009. Cannock Chase Council officials, concerned about vegetation dying, made a startling discovery, said the Post; adding that amongst the usual debris and rubbish, "there were fish in the water, lots of fish - 20,000, to be precise. Even more baffling, there were not just native species: as well as roach and perch, ornamental varieties such as brown goldfish and koi carp were found." 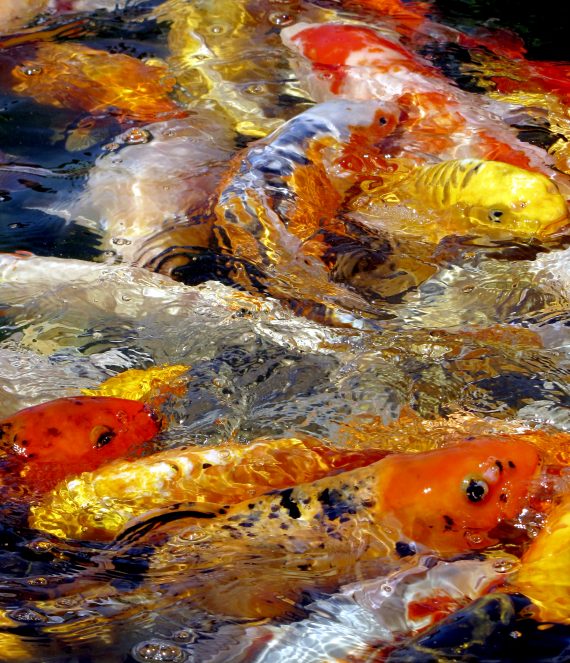 And only very recently a two-foot-long snapping turtle was caught by an astonished angler in the waters of Birmingham.

So, you may ask: where am I going with all this? Well, at the height of the latter affair, I received a phone-call from a man named Terry Baxter, who lives in Birmingham, and who had seen an article I had written some time ago on the Birmingham eel encounters of the 1980s.

Terry had an intriguing theory to explain why people are seemingly dumping exotic animals in the waters all across the West Midlands and Staffordshire. He didn't doubt that such actions are overwhelmingly reckless, however.

And, I fully agreed with him: letting such creatures loose in deep ponds on a nice sunny day during a hot English summer might seem a good idea at the time. But, when autumn and winter arrive, the creatures are unlikely to survive for very long at all - which is precisely why the "Cannock Crocodile" was so active in the summer of 2003, but summarily vanished forever as the good old English weather got worse and colder.

But, Terry was not of the opinion that ignorant, stupid people were simply dumping these beasts because they had grown too large, and vicious, to handle. In other words, this wasn't the work of inexperienced owners simply getting rid of their increasingly aggressive pets.

Rather, Terry claimed second-hand knowledge of a group in the Midlands - and what sounded like a distinctly shadowy group, too - that was "very Fortean" in its nature, beliefs and pursuits. He felt that the group was trying, albeit in a somewhat unwise and skewed way, to "make Britain mysterious again."

Somewhat puzzled, I asked him to clarify what he meant by that, and he replied that, in centuries-past, Britain was packed with legends of strange beasts of all manner. But that, today, he added: "...all we've got left are big-cats, and even Nessie has gone off the radar."

Well, I wouldn't say it's quite that black-and-white and simplistic, but he does have a point!

So, according to "certain information" Terry claimed to have acquired, there were - and still are - people in the West Midlands and Staffordshire trying to turn back the clocks on the sterile concrete jungle, and create modern-day mysteries of a "water-monster" variety, specifically by introducing exotic animals to certain parts of the British Isles.

As Terry put it: "They want to see legends developing of the 'Great Serpent of Cannock;' or the 'Giant Fish of Birmingham,' really so that the old stories and legends will live again and England will be magical and mysterious again."

Whether Terry is right or not is moot. But, there's no doubt at all that we have indeed seen regular dumping of exotic animals in the waters of central England for years.

I don't support these actions at all, nor do I think it's a good idea in the slightest. But, as a theory - and one based on what Terry claims is second-hand testimony from a source with some knowledge of this situation - I can't rule out the possibility that this is precisely what is going on and why.